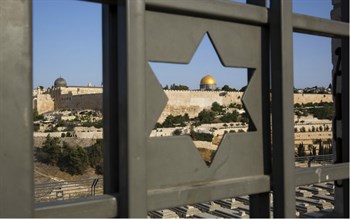 The head of a messianic Jewish ministry says Jerusalem has definitely become the “burdensome stone” prophesized in the Old Testament.

Nikki Haley, U.S. ambassador to the United Nations, warned U.N. members earlier this week that President Trump “will be watching” to see who votes to condemn the U.S. decision to recognize Jerusalem as Israel’s capital. Trump had threatened to cut off financial aid to any country that supported the U.N. resolution. Most countries didn’t heed the warning as the General Assembly approved the anti-U.S. resolution 128-to-9 with 35 abstentions on Thursday.

The U.N. move followed a call by Muslim leaders for the world body to recognize East Jerusalem as the Palestinian capital. Jan Markell, founder and director of Olive Tree Ministries, points out that Jerusalem doesn’t appear anywhere in the Quran.

“Jerusalem is honestly rather irrelevant to the Islamic world,” she explains. “It may be perhaps their third or fourth most significant location, but unfortunately they’re seizing on President Trump’s declaration of a week or so ago.”

Markell views the vote as “just the further fulfillment of Zechariah 12:3, where Jerusalem is becoming the burdensome stone – at least to portions of the world that do not want to accept … the action that [President Trump] took.”

The ministry leader points to another serious warning in the Bible.

“Joel 3 promises judgment on anybody who divides God’s land – and I just hope we don’t have a president who would do that now,” she shares. “I hope and pray we don’t ever get a president who will divide the land.” Markell says that judgment will come to any nations that do.

Ambassador Haley said the vote will make no difference on U.S. plans to move its embassy to Jerusalem, but it “will make a difference on how Americans look at the U.N., and on how we look at countries who disrespect us in the U.N.”

“And this vote will be remembered,” she warned. (Click to Source)