Skip to content
by Tyler Durden
As severe rain and thunderstorms continue to hammer the Midwest, flooding along the Mississippi River has broken quarter-century record. Water levels at Rock Island, Illinois, reached a new record peak, and other spots along the river could also reach new record highs if the rain doesn’t stop.

The water level at Rock Island rose 7.7 feet (2.3 meters) above flood stage as of 8 am local time on Friday, according to the National Weather Service. Rock Island is about 175 miles west of Chicago, and the previous record was set in June 1993, when the upper Mississippi and Missouri Rivers flooded the surrounding area, according to Bloomberg. 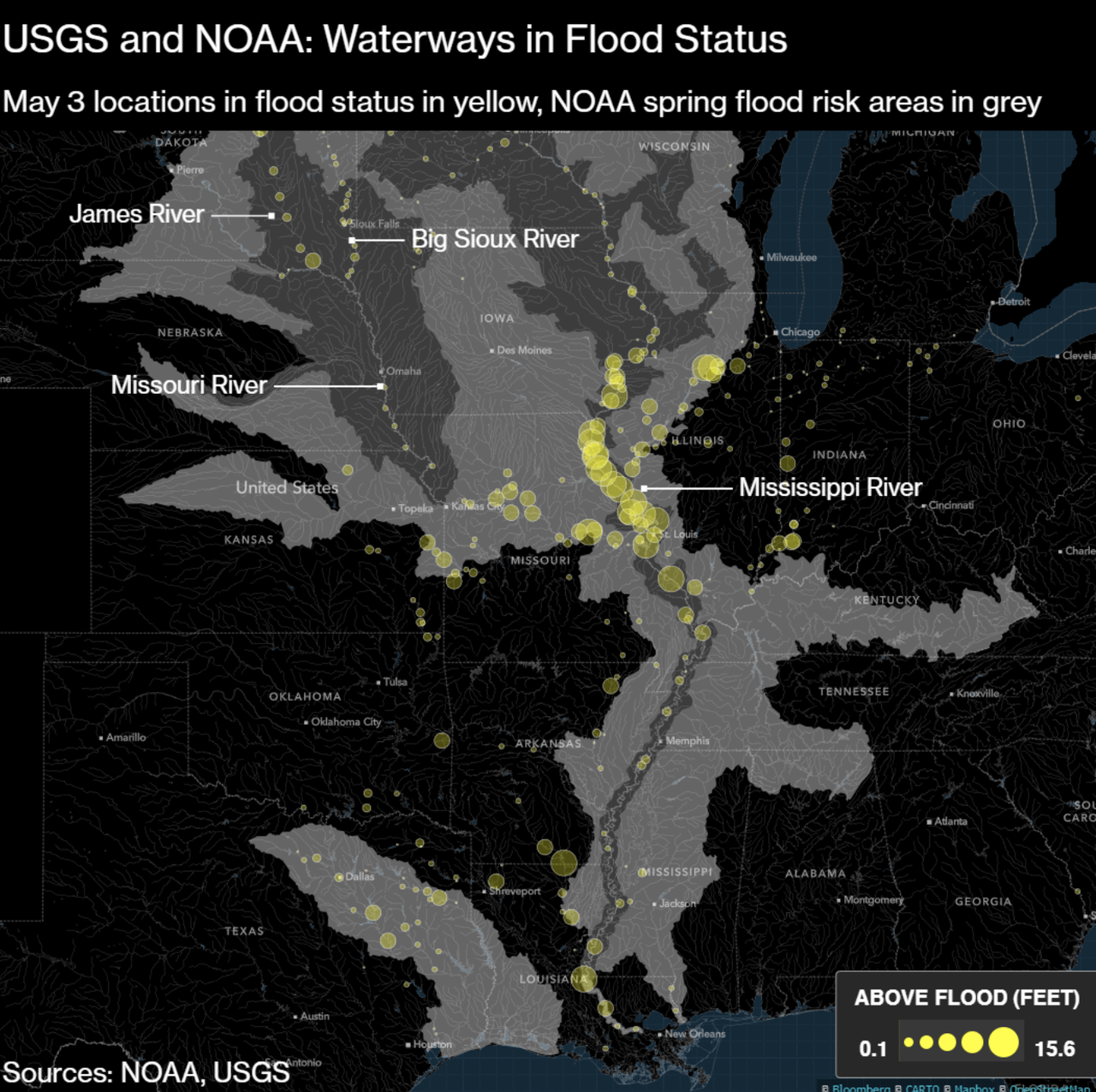 Though the area has experienced substantial precipitation in the past few months, in 1993 “we had rain after rain after rain throughout the spring and summer,” said Justin Palmer, a hydrologist with the U.S. North Central River Forecast Center in Chanhassen, Minn.

“It is kind of a one-off right now,” Palmer said. “But the potential is there as we get more rain for the river to stay high. We are definitely vulnerable to a rain event.”

But according to forecasts, the flooding could get worse. About 1.5 to 2 inches of rain is forecast to fall across Iowa and Illinois through May 10, the US Weather Prediction Center said. Between January and March, much of the Midwest will have had one of the 10 worst rain and snow seasons.

Between Jan. 1 and Thursday, 15.1 inches of rain fell in Davenport, Iowa, across the river from Rock Island.

High waters levels, which have persisted for months, have slowed the shipments of agriculture commodities like corn and grain, even forcing the CME Group to declare force majeure as some shipping stations became impossible to reach. (Click to Source)