By CHRIS PLEASANCE FOR MAILONLINE

Turkey has begun massing tanks and troop carriers on its southern border with Syria as it prepares to move into the country once American soldiers have left.

Erdogan’s forces were pictured arriving in border cities of Kilis and al-Rai after the country’s foreign minister said they will push into Syria as soon as possible.

It comes after Donald Trump announced that all 2,000 American troops will withdraw from the country and that Turkey will take over the fight against ISIS. 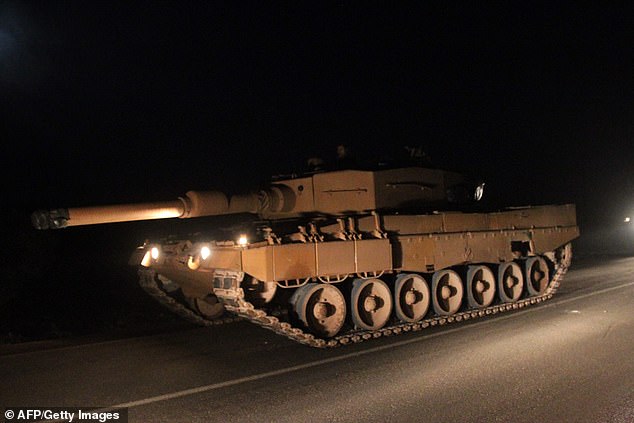 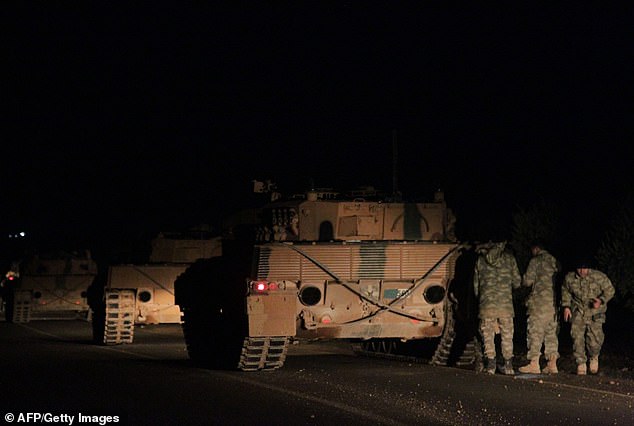 Turkey has agreed to take over the fight against ISIS once the US has left, but will likely also direct its forces against the American-backed Kurds, which it views as terrorists

But Turkey is also likely to direct its attacks against Kurdish forces stationed in northern Syria which helped US troops in the battle against ISIS.

Turkey has carried out limited attacks against Kurdish positions in Afrin province, and has vowed to expand its operations to cover its entire southern border.

But plans stalled amid push-back from Washington that saw US relations with its NATO ally set in the deep freeze.

However, Trump has since tweeted that Turkey and America are planning to increase trade and strengthen ties as US troops begin a ‘low and highly coordinated’ withdrawal from Syria.

As part of the agreement, America will take back weapons it gave to the Kurdish forces during the fight with ISIS.

In return, Erdogan vowed to delay a military campaign against the Kurds, but on Tuesday foreign minister Mevlüt Çavuşoğlu indicated it would go ahead as soon as practically possible.

According to the Guardian, he insisted that ‘if Turkey says it will enter [Syria], it will.’ 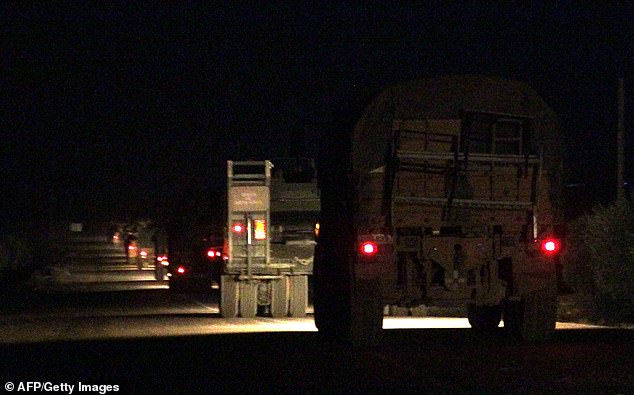 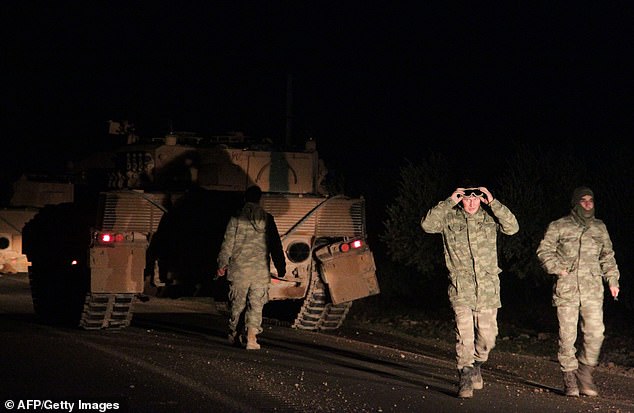 Turkish president Recep Tayyip Erdogan had vowed to delay a military push into Syria as the Americans left, but his foreign minister has indicated otherwise

Trump’s shock announcement has caused concern in Washington and prompted the resignation of Secretary of Defense James Mattis.

As he submitted his letter of resignation to Trump on December 26, Mattis issued a videotaped Christmas message to all American servicemen and women.

In it, he said: ‘Since Washington crossed the Delaware at Christmas in 1776, American troops have missed holidays at home to defend our experiment in democracy.

‘To all you lads and lasses holding the line in 2018 on land, at sea or in the air, thanks for keeping the faith. Merry Christmas and may God hold you safe.’

Mattis’s resignation letter initially said he would be leaving his post at the end of January, but that date was rushed forward after Trump found out it criticised him. 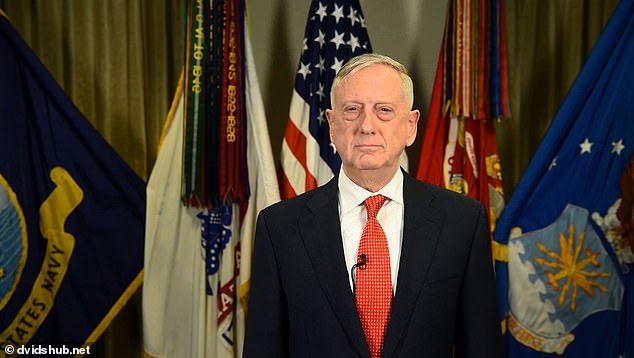 Trump’s shock announcement that US troop will withdraw from Syria prompted the resignation of Secretary of Defense James Mattis, who gave a Christmas message thanking members of the armed forces for their service (pictured) 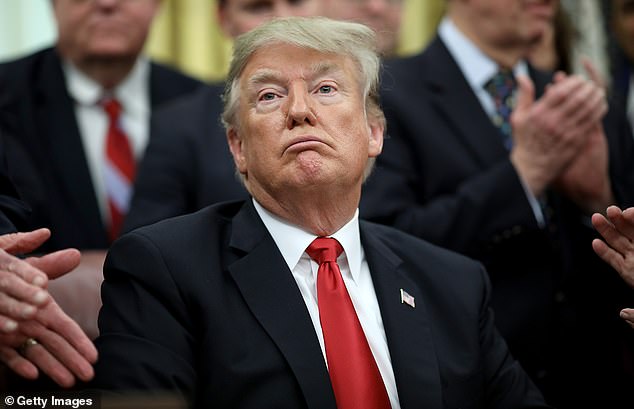 Trump says Turkey and the US are going to increase their trade ties as a result of the troop withdrawal, which had angered Ankara

Elsewhere, Syrian government troops backed by Russian forces sent extra troops towards the city of Manbij in preparation for an attack.

The city is currently controlled by a Kurdish militia, which helped to coordinate the movements and will withdraw before the attack takes place.

The move is part of the wider buildup of forces in the area.

‘The battle will soon start,’ Major Youssef Hamoud, spokesman for the National Army, the main Turkish-backed rebel force in the area, told Reuters.

‘What we see on the front now is reinforcements to all forces to reach full preparedness for the battle.’

‘The Russian army has restored the Syrian-Russian coordination centre to Arima village to the west of Manbij city, after its withdrawal from there a while ago,’ said Sharfan Darwish, the spokesman for the Manbij Military Council. (Click to Source)