In a depraved and disturbing statement by the Archdiocese of Milwaukee, a high-ranking cleric from the Catholic Church, he claimed that pedophilia is granted by God for priests. The vile comment was made by Cardinal Timothy Dolan after being found to have transferred church finances into a trust to keep them from being sued for clergy child abuse. The Catholic Archdiocese of Milwaukee kept $55 million dollars in church funds from lawsuits started by victims of priestly sexual abuse, and transferred the money to a separate trust to take care of the archdiocese’s cemeteries and mausoleums, stated a letter by Timothy Dolan, the then-Archbishop of Milwaukee. When victims came forward to seek compensation in a bankruptcy proceeding, the archdiocese made claims that their ability to sexually molest children is a right of religious liberty and that no money should be compensated to victims of clergy child sex abuse. 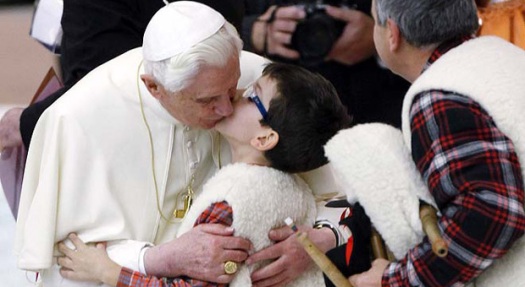 The Catholic Church has a relentless problem with child abuse

Church and State finds the allegations against the Archdiocese in Milwaukee to be shocking and it involved 45 priests that had been accused of molesting around 200 deaf boys. Think Progress reports that the $55 million from the bankruptcy proceedings went into a trust for mausoleums and cemeteries.They then used their religious freedom as a defense against victims.It worked when a court ruled that religious freedom ensured their right to not compensate the victims in 2013. The first court was overruled by the Seventh Circuit Court, yet it doesn’t imply that victims will be compensated, but an appeal will follow.

The church states the money is needed to fund mausoleums and cemeteries, and if they have to compensate victims, their obligations to service the deceased will be unfulfilled. 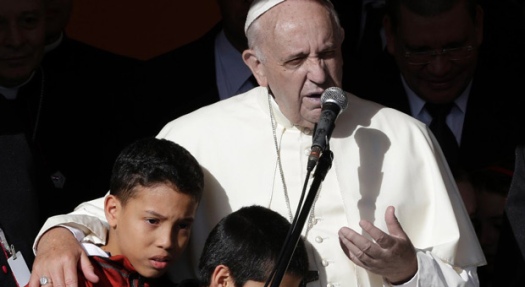 Religious freedom has become quite an issue after the archdiocese says it had a Canonical obligation to “properly maintain in perpetuity” the mausoleums and cemeteries that rely on funding from the trust.

If victims of sexual abuse and creditors are compensated, the archdiocese states, “there will be no funds or, at best, insufficient funds, for the perpetual care of the Milwaukee Catholic Cemeteries,” therefore the archdiocese claims it won’t be able to complete its religious obligation. With the rejection of this claim that the archdiocese having the religious right to transfer trust funds on burial places and only there, the 7th Circuit explained many reasons why religious freedom can’t oversway the rights of victims of clergy sex abuse and the archdiocese’s creditors.

The court ruled the archdiocese’s claim for religious liberty would fail under constitutional scrutiny. The court ruled churches do not have the right to be exempt from paying taxes into Social Security, and that public interest can replace religious freedom: Drawing a comparison to a Supreme Court decision holding that religious objectors may not opt out of Social Security taxes, the court notes that federal bankruptcy law, like Social Security, “serves the public interest by providing a comprehensive… system with a variety of benefits available to all participants’ nationwide.”

Just as Social Security “aids those who have reached a certain age or are disabled, the Code aids those who have reached a certain financial condition and who need assistance repaying or recovering a debt.” It was warned by the court that if this becomes a precedent, there will be no way to predict where it will end up.Anyone at any time can join or create a cult to “gain economic advantage” or businesses can rely on their religious beliefs, no matter what the case, to violate or discriminate laws in ways the Catholic Church has justified pedophilia. (Click to Source)

“The greatest charity one can do to another is to lead him to the truth.” ~St. Thomas Aquinas

Pope Francis has come under fire by Church officials and sex abuse survivors for cutting the penalties for pedophile priests.

It has been revealed by church officials that Pope Francis overruled advice given to him by the Vatican Congregation for the Doctrine of the Faith about two priests – allowing them to be punished by a lifetime of prayer.

He overruled two sentences given by the Vatican to paedophile priests, including Reverend Mauro Inzoli, who was later convicted by an Italian criminal courtOne of the priests was the Reverend Mauro Inzoli, who was found guilty of abusing young boys by the Vatican in 2012 and was ordered to be defrocked.However, he appealed, and in 2014 Francis reduced the penalty to a lifetime of prayer, prohibiting him from celebrating Mass in public or being near children, barring him from his diocese and ordering five years of psychotherapy.

Rev Inzoli was then convicted by an Italian criminal court for his sex crimes against five children as young as 12.He is now facing a second church trial after new evidence emerged against him.A church official has said some paedophile priests and their high-ranking friends appealed to Pope Francis by citing the pope’s own words about mercy in their petitions.They said: ‘With all this emphasis on mercy … he is creating the environment for such initiatives.’Marie Collins, an abuse survivor and founding member of Francis’ sex-abuse advisory commission, expressed dismay that the congregation’s recommended penalties were being weakened.She said: ‘All who abuse have made a conscious decision to do so. (Click to Site)