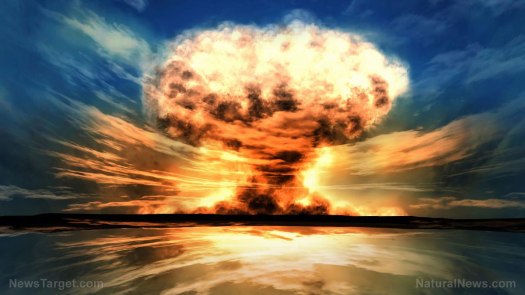 Natural News) Suddenly the threat of nuclear attack from North Korea seems incredibly real to many people, and even the mainstream media is now warning residents of Hawaii to build bunkers for survival. (Seriously, CNN just reported that.)

As is often the case, much of the information you’re told about surviving a nuclear attack is complete bunk. That’s largely because mainstream media journalists are, of course, totally clueless when it comes to anything related to actual science. Almost none of them know a single useful thing about radioactive isotopes, radioactive decay, half-life, etc. Yet those of us in the independent media are extremely well informed on this and other topics. In my case, I’m the inventor and author of a United States patent called Cesium Eliminator, proven to eliminate radioactive cesium-137 from the digestive tract through a combination of dietary ingredients. I’ve also stockpiled 10,000 kg of material to manufacture this lifesaving supplement in an emergency, and I plan to donate it to victims of the first nuclear event that takes place on U.S. soil.

I’m also the founder and lab science director of an internationally accredited lab known as CWC Labs, and I’m a co-author of this science paper published in the peer-reviewed journal LC/GC, entitled “Liquid Chromatography–Time-of-Flight Mass Spectrometry for Cannabinoid Profiling and Quantitation in Hemp Oil Extracts.”

What I’m going to offer you here is a science-based guide on all the basic things you need to know about surviving a nuclear strike. Not all nuclear strikes are survivable, by the way, due to the laws of physics and biology. And a lot of what you’ve been told about North Korea’s missiles is completely false. They are far more capable of striking the USA than almost anyone dare admit. Rush Limbaugh, for example, stupidly thinks Kim’s missiles keep landing in the ocean by accident. He seems to have no idea that this is all part of the altitude testing protocol with the goal of achieving altitude, not geographic distance. Once you achieve sufficient altitude, you can redirect those missiles to almost any city on the planet. (Click to Site) 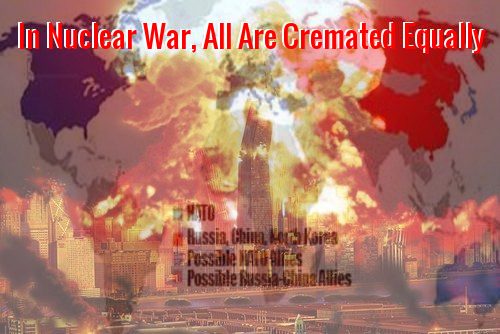 By Stefan Stanford – All News Pipeline – Live Free Or Die

Despite the fact that Pulitzer prize winning journalist Seymour Hersh has sensationally claimed that Seth Rich was the DNC email leaker to Wikileaks and not Russia, Congress members in DC have passed a Russian sanctions bill that Russian PM Dmitry Medvedev claims amounts to a ‘full-scale trade war’ while a furious President Trump blasts Congress for doing so.

With President Trump warning the US relationship with Russia is now at an all-time and very dangerous low, Moscow has reacted with frustration and anger over the new sanctions as well and as we see outlined within this story, our Congress acting once again irrationally based upon ‘fake news’ could lead to absolutely devastating consequences.

With news coming out from both Breitbart and Infowars that National Security Advisor H.R. McMaster is purging key pro-America Trump allies from the NSC, leaving only Barack Obama’s ‘anti-America’ holdovers remaining, we must remind you that it was Hillary and the Obama White House continually pushing for war with Russia. A war that Russian insiders have warned wouldn’t be limited to a specific part of the world chosen by the US and could quickly come home to America via Russia’s ‘satan 2’ nuclear weapons if America ever pushed Russia far enough by attacking them.

With such a weapon (capable of taking out an area the size of Texas or France according to experts) leaving large parts of America a smoldering, ash-covered waste-ground as well, we have to ask why the US Congress and ‘America-hating Obama leftovers’ within the ‘deep state’ have been so anxious for ramping up tensions with Russia, tensions that could lead to massive deaths and nuclear annihilation for their own families here in America?

Are the ‘sides’ of World War 3 being determined before our eyes? We see in this new story from Radio Liberty that China and Russia have already teamed up to slam the US over recent comments about North Korea. The very interesting final video below from the ‘Military Update’ channel is called “US War vs. Russia & China + N.Korea at the Same Time : Who Would Win World War 3?” The answer is simple: Most of the entire world would lose and only pure-evil psychopathic satanists would chose to ‘play such a game’.

As Russian Insiders living here in America warned back in May of 2016 while the US ‘dark state’ was pushing for war with Russia, any US war against Russia wouldn’t be limited to a specific geographical area thousands of miles away from here but would definitely come home to US soil. If you are one of those who are itching for war with Russia, please read the following paragraphs from the Russian Insiders living here in the US and then tell us if you still think that war is a good idea. From ‘A Russian Warning’:

Thus, if tomorrow a war were to break out between the US and Russia, it is guaranteed that the US would be obliterated. At a minimum, there would no longer be an electric grid, no internet, no oil and gas pipelines, no interstate highway system, no airtransportation or GPS-based navigation. Financial centers would lie in ruins. Government at every level would cease to function. US armed forces, stationed all around the globe, would no longer be resupplied. At a maximum, the entire landmass of the US would be covered by a layer of radioactive ash. We tell you this not to be alarmist, but because, based on everything we know, we are ourselves alarmed. If attacked, Russia will not back down; she will retaliate, and she will utterly annihilate the United States.

Such a fight would be suicidal for all sides. We strongly believe that a conventional war in Europe runs a strong chance of turning nuclear very rapidly, and that any US/NATO nuclear strike on Russian forces or territory will automatically trigger a retaliatory Russian nuclear strike on the continental US. Contrary to irresponsible statements made by some American propagandists, American antiballistic missile systems are incapable of shielding the American people from a Russian nuclear strike. Russia has the means to strike at targets in the USA with long-range nuclear as well as conventional weapons.

We are absolutely and categorically certain that Russia will never attack the US, nor any EU member state, that Russia is not at all interested in recreating the USSR, and that there is no “Russian threat” or “Russian aggression.” Much of Russia’s recent economic success has a lot to do with the shedding of former Soviet dependencies, allowing her to pursue a “Russia first” policy. But we are just as certain that if Russia is attacked, or even threatened with attack, she will not back down, and that the Russian leadership will not “blink.” With great sadness and a heavy heart they will do their sworn duty and unleash a nuclear barrage from which the United States will never recover. Even if the entire Russian leadership is killed in a first strike, the so-called “Dead Hand” (the “Perimetr” system) will automatically launch enough nukes to wipe the USA off the political map.

We feel that it is our duty to do all we can to prevent such a catastrophe.  (Click to Site)