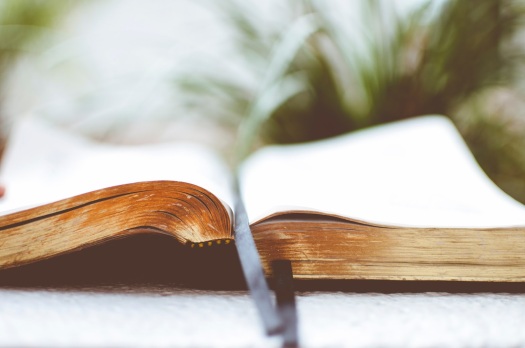 Just a few days ago we entered into the Gregorian year of 2018. The thought of that seems a bit strange. You may even be one who would say you never imagined how this world system could possibly have lasted this long. I can relate.
Truth is, we are here and with the new year a verse keeps being brought to my mind. Isaiah 55:8 says “For my thoughts are not your thoughts, and your ways are not my ways.” That verse makes more sense to me with each passing day.
The Hebrews in Egypt must have had thoughts concerning this not yet recorded concept. For those who had been keeping up with history, they must have been shaking their heads with unbelief. How could they have gone from the great honor of their recent ancestors to slavery in exile? What happened through these short years?
Maybe a clue to this question is found in Exodus 1:23. In the verse it is recorded that the Hebrews cried out, but it does not say they cried out to HaShem. It just says they were crying. Is it possible they had given up on the promises they had been given through their ancestor Abraham so many years earlier? Is it in the forgetting of the promises they had forgotten who they were and Whom they belonged to? Had they been so long in exile they had given up? Are those words mirroring some of our thoughts today?
Truth is, whether His family is in Egypt or anywhere else called exile His thoughts and ways are not going to line up with ours. His thoughts and ways are to bring forth a greater work than ours would ever accomplish.
Now they may think they are forgotten, but we know they are not, because we have the benefit of being able to read the rest of the story and we know the outcome. With this we can sit back and be experts at telling them what they should have done while all the while dealing with the same faith failures they went through. Think of it this way. What if a book is being written about our exile which others will one day be able to read. They could be experts to!
Now they may have thought they were forgotten, but truth is there were great works being done which were way beyond their thoughts. The first work was being done in them. In Egypt Yah was growing His family to numbers Abraham would probably never imagined. In the growing of the family numerically, it does appear that they forgot to grow spiritually. Not pointing fingers, just a floating thought to ponder. The other work being done was about a shepherd being prepared to lead them. Without that shepherd they would not have even made it to the sea much less into the wilderness and for some the Promise Land.
In the past years there has been much talk and teaching about what is referred to as the Greater Exodus. Verses used for this teaching are in Jeremiah 23. Why have these verses not happened? Why are we still in exile? Why are we not in Israel? Is it possible that not only are we not ready, but the shepherds spoken of in the first of the chapter are still on their own backsides of deserts being prepared for the day.
What should we take away from this Torah portion? Let us not forget who we are. Not forgetting Whom we belong to. We need to remember the verse in Habakkuk 2:3 used to explain that every promise He has made will come to pass and though from our vantage point it may seem the promises are delayed, from His vantage point, they are right on time.
In the end, just as a remnant of Hebrews were able to grasp that His thoughts and ways would bring forth a greater work than their thoughts and ways could ever do, let us pray for and wait patiently in our day.  (Click to Source)

The Ultimate Oxymoron
Before I get to what, in my opinion is the ultimate oxymoron, I have a question. Can anyone find a shadow of Messiah in this Torah portion? (Jeopardy theme song playing in background) The answer is pretty obvious on this one. Answer: Who is Moshe! Let’s dig a little deeper. Moshe was actually prophesied in last week’s portion. To see this we will need to look at gematria, the use of letters having numeric meaning. For those whose blood pressure rises with the mention of something like this, not to worry your computer is doing this very thing right now.
Last week we read the “Blessings” given to the twelve sons of Israel. To Judah, he spoke of a staff and one called Shiloh. Literally it says “Yavo Shiloh” or Shiloh will come. These words, as well as the word Messiah, have a numeric value of 358. If we take out the word Yavo and just look at the word Shiloh, it and the word Moshe have a numeric value of 345. From a gematria standpoint, this links Moshe as a type of deliverer foreshadowing the ultimate deliverance in Shiloh or Messiah Yeshua.
Now that we all see Moshe is a shadow of Yeshua through gematria, I have two questions. First question, “Why do the people of Israel need to be delivered?” Second question, “Why are they in bondage?” The tribes of Israel are slaves! In my book Israel as slaves is the ultimate oxymoron. (Click to Article)