Parents who refuse the vaccinate their children will lose money
By: Daniel Newton  |@NeonNettle on 4th July 2018 @ 8.00pm

Australia has passed a controversial new law that has reinforced it’s “no jab, no pay” policy by fining parents who refuse to vaccinate their children.Parents who refuse the vaccinate their children will now lose A$28 (£16) a fortnight from their tax benefits for each child if there are not up to date with their immunizations.The Australian government previously took an end of year payment to their family tax benefit from families who children were not up to date with their vaccinations, worth A$737. 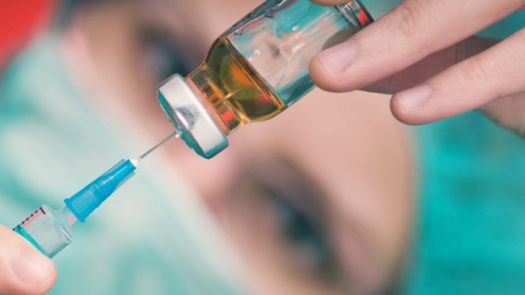 The Independent reports: The new fortnightly sanction will see parents lose out on roughly the same amount but is said to serve as a more “constant reminder”. Those earning over A$80 a day will also have further penalties imposed.The move is part of an ongoing clampdown by the Australian government on the “anti-vaxxer” movement after the percentage of children under seven with a “conscientious objection” to immunization rose from 0.23 percent in December 1999 to 1.77 percent in December 2014, according to Australia’s parliament.

Minister for Social Services Dan Tehan said the clampdown was necessary to protect public health.“Immunisation is the safest way to protect children from vaccine-preventable diseases,” he said in a statement, news.com.au reported. “Parents who don’t immunize their children are putting their own kids at risk as well as the children of other people.”

It comes as a leading medical journal in the UK found measles “remains a threat” to the British public after 643 cases were recorded up to 18 June this year, up from 274 cases in the whole of 2017.In September last year, the World Health Organisation (WHO) declared that measles had been eliminated in the UK. The UK also reached the WHO target for 95 per cent of five-year-olds to receive the first dose of the measles, mumps, and rubella (MMR) vaccine.But the journal found there had been several outbreaks of measles across Europe in countries where MMR uptake has been low historically, including Romania, France, Greece, and Italy, with 48 measles deaths reported in the European Union since 2016.Lead author Dr Maliha Moten, who is part of Public Health England’s West Midlands Health Protection Team, said the latest British cases are “mainly linked to importations from Europe”.Uptake of the MMR vaccine fell heavily in the late 1990s following the publication of research by Andrew Wakefield which suggested a possible link between the inoculation and autism.

Experts have widely discredited his study and he was struck off the medical register in 2010.PHE said that while vaccine uptake levels in the UK in young children are currently very high, coverage levels dipped to a low of 80 percent in 2003, meaning significant numbers of unprotected teenagers and young adults could contract measles.

Dr. Mary Ramsay, head of immunization at Public Health England, said:“In the early 2000s there was a fall in MMR vaccination coverage in children and as a consequence, we are now seeing measles cases in young adults.“Measles can be more serious in adults with a higher likelihood of hospitalization and complications arising.“Measles is circulating in England and the rest of Europe. We often think about what travel-related vaccines we might need before going on holiday, but it’s also important to check that we are up to date with routine vaccinations like MMR.“If you are unsure if you have had two doses of MMR call your GP practice to check and catch up if needed.” (Click to Source)