Prep For Any Disaster That May Come!

Tokyo, Japan (CNN)An earthquake of 5.9 magnitude struck Japan’s northwestern Chiba Prefecture, which lies east of the capital Tokyo, on Thursday evening, according to the USGS.Japan Meteorological Agency first registered the magnitude as 6.1, with an initial depth of 80 kilometers (50 miles). The earthquake has since been updated to a 5.9 magnitude with a depth of 62 kilometers (38.5 miles), according to the USGS.Japan’s public broadcaster NHK reported several minor injuries in the Chiba Prefecture.

The country’s newly installed Prime Minister Fumio Kishida — who took office on Monday — said he had instructed officials to “do the utmost to help victims and prevent further damage.” A task force had been set up at his office to “collect information,” Kishida added.

Kishida said the government had asked train operators to support people who were not able to return home, as some rail lines had been suspended as the result of the quake.

The Prime Minister told reporters that the last time an earthquake of an upper 5 magnitude was registered in Tokyo’s 23 wards was on March 11, 2011, when a magnitude-9.0 quake struck the northeast of the country.

The earthquake was felt strongly in Tokyo, according to CNN reporters based in the city.

“We have a safety alert app on our phones. It started going off moments before the shaking saying ‘an earthquake is coming.’ The shaking was really strong. Sounded and felt like the house was going to crumble,” correspondent Blake Essig said.Picture frames, glasses and dishes fell off walls and shelves, he said. “Definitely got the heart pounding.”Another CNN correspondent in Tokyo, Selina Wang, said sustained shaking had lasted for more than 30 seconds. An alarm in her building urged residents to stay calm and reminded them that the structure was earthquake-proof. 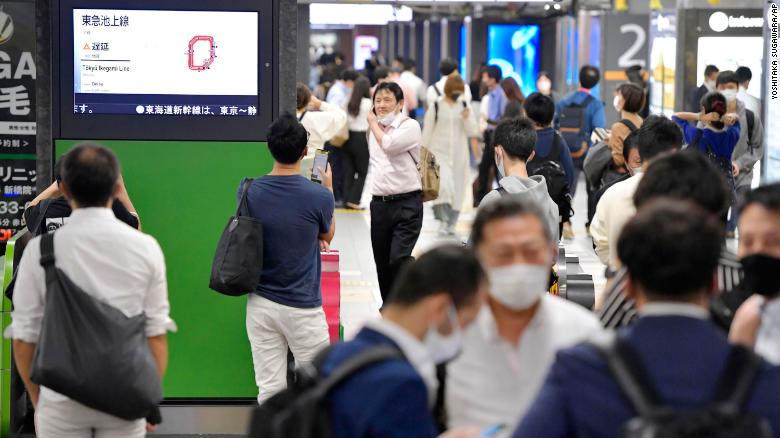 The entrance of JR Shimbashi station in Tokyo is crowded with passengers as the train services are suspended following an earthquake on Thursday. 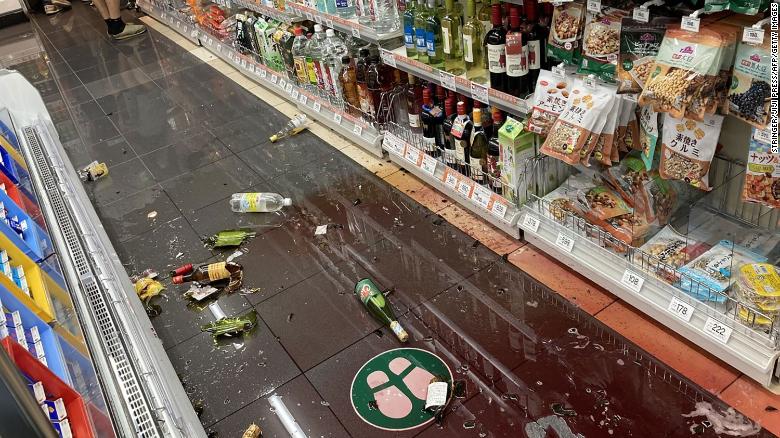 Items lay on the ground at a convenience store in Tokyo on October 7, 2021.No abnormalities have been detected at nuclear facilities following the earthquake, Japan’s Chief Cabinet Secretary Hirokazu Matsuno said during an emergency press conference. One is located in the nearby Ibaraki Prefecture.Tokyo Electric Power Company said 250 households were without power in Tokyo.Tokyo Haneda airport’s runway was briefly closed on Thursday night, following the quake, Matsuno also said Thursday. Matsuno elaborated on the injuries reported in local media, describing one as serious in addition to 16 minor injuries. 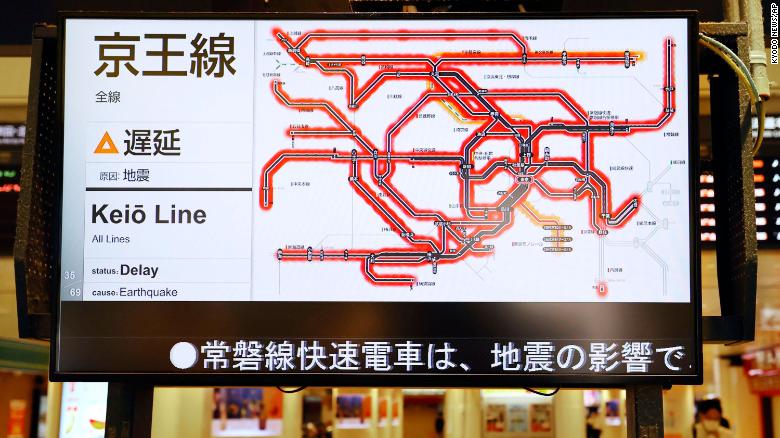 The status of the train services delayed by the earthquake are seen on a monitor at JR Tokyo station. 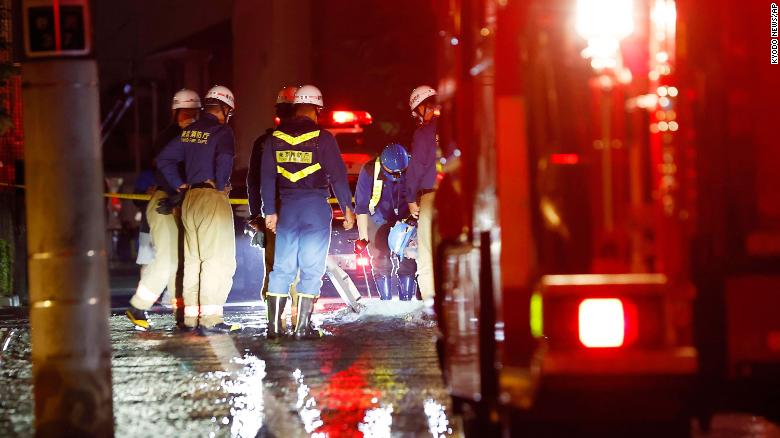 Firefighters work on an inundated road following the quake.No tsunami warning has been issued.

A decade has passed since a powerful earthquake and tsunami cut off power supply and cooling systems for the Fukushima nuclear plant in Japan, causing the country’s worst nuclear disaster on record. More than 20,000 people died or went missing and more than 100,000 more were evacuated. Authorities have spent the past 10 years cleaning up the area — a massive effort that experts say will take decades to complete.