(ANP: In the first video at the bottom of this story as well as in this Daily Mail story we hear that President Joe Biden has threatened the American people while mocking the Second Amendment, saying you need ‘nuclear weapons’ to take on the government. Really, Joe, are you now threatening the American people with nuclear annihilation?)

Hypocritically, these same anti-nuclear activists routinely “demonize” the U.S. national security community, and any President and Congress that wants to modernize the U.S. nuclear deterrent to prevent World War III. More than one anti-nuclear activist has called me and my colleagues the “root of all evil” because we will not “give peace a chance” by engaging recklessly in yet another dangerously irresponsible act of unilateral disarmament—like banning U.S. ICBMs.

Maybe you have no idea how many times the U.S. has “given peace a chance” with consequences that make nuclear war more likely?

Under the Presidential Nuclear Initiative (PNI), the U.S. unilaterally reduced tactical nuclear weapons from 15,000 to 180. But Russia cheated on the PNI and now has at least a 10-to-1 advantage. (See Dr. Mark Schneider, “Russian Nuclear Force Expansion and the Failure of Arms Control” RealClearDefense October 24, 2019.)

The U.S. eliminated all its intermediate-range nuclear missiles under the INF Treaty, but Russia cheated and now has a great advantage. (See Dr. Stephen Blank, “Arms Control and Russia’s Global Strategy After the INF Treaty” RealClearDefense June 19, 2019.)

The U.S. has unilaterally observed the unratified Comprehensive Test Ban Treaty for 30 years and counting, but Russia and China cheated and now have a lead of three decades in advanced generation nuclear weapons. (See my article “How To Lose A War Without Firing A Shot?” The Hill April 27, 2020.)

Russia is almost certainly cheating on New START and has probably got a 2-to-1 advantage in strategic nuclear warheads. (See Dr. Mark Schneider, “Does Russia Have A 2-to-1 Advantage in Deployed Strategic Nuclear Weapons?” RealClearDefense January 12, 2019.)

The U.S. de-MIRVed and de-targeted its ICBMs, but Russia and China have done neither, have gone in the opposite direction. Russia’s new heavy ICBM can carry up to 40 MIRVed warheads and China’s DF-41 ICBM carries 10 MIRVed warheads, while Minuteman III and its replacement GBSD have only one warhead.

Why does Physicians for Social Responsibility, Union of Concerned Scientists, Ploughshares and the like never denounce Russia, China, and North Korea for cheating on arms control treaties? Why does the “ban the bomb” crowd never agitate for U.S. Presidents and Congresses to punish Moscow, Beijing, and Pyongyang for their aggressive nuclear postures that have made nuclear war more likely? They only “demonize” people like me, and their own country.

U.S. ICBMs are the best deterrent to adversary surprise nuclear attack, the most likely scenario for a nuclear war. Union of Concerned Scientists and their “no nukes” allies want to dismantle U.S. ICBMs, or to forestall their replacement with the new Ground-Based Strategic Deterrent (GBSD) while Minuteman III obsolesces into junk. This is one of the surest ways to start, and lose, a nuclear war. (See my report Surprise Attack: ICBMs and the Real Nuclear Threat October 31, 2020.) 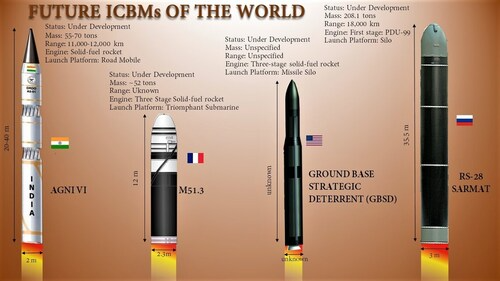 The notion that SSBNs at sea are “invulnerable” is a myth, like the supposed “invulnerability” of France’s Maginot Line in 1940, which we shall learn the hard way, if ICBMs are not modernized. (See my article “Are U.S. Submarines Vulnerable?” RealClearDefense May 30, 2019).

A Physicians for Social Responsibility activist wrote to me approvingly of Washington’s delusion that surprise nuclear attack is the least likely scenario—because they prefer the U.S. should not generate forces to a survivable posture under any circumstances. Their approval of a U.S. nuclear Pearl Harbor would be applauded in Moscow and Beijing.

Anti-nuclear activists routinely argue nuclear war is “unthinkable” pointing to the horrors of Hiroshima and Nagasaki. The fire bombings of Tokyo and other Japanese cities with conventional weapons killed more people, and just as horribly. All war is “unthinkable” to pacifists and humanitarians—but professional strategists have to think about nuclear and all kinds of warfare. Anti-nuclear activists routinely assert that a nuclear war cannot be won.

The fantasy that “nuclear war cannot be won” is contradicted by commonsense and history. For example, World War II was a nuclear war (Hiroshima and Nagasaki) and the U.S. won.

Below are some unpleasant realities understood by Russia, China, North Korea, and Iran:

–Nuclear war can be won by a nation, like Russia, having a decisive advantage over a lesser nuclear nation, like the United Kingdom, France, or Israel.

–Nuclear war can be won by Russia or China against the U.S., if they achieve strategic surprise. 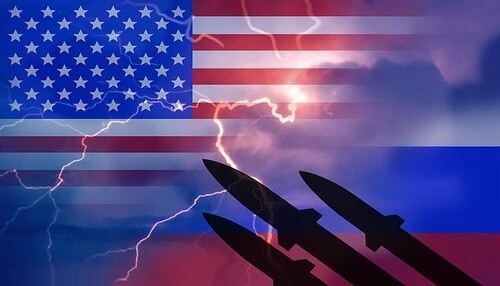 The late great strategic thinker, Colin Gray, observed that since the invention of nuclear weapons, every war fought involving the nuclear powers and/or their allies has been a “nuclear war” because the facts of the nuclear balance loom always in the background, influencing the strategic and psychological geography of warfare, just by the mere existence of nuclear weapons, just by the possibility of their use. Thus, crises and wars can be won or lost by nuclear strategy, even without a nuclear weapon actually being fired. So for example:

–The Berlin crises of 1947 and 1958 did not become World War III thanks to U.S. nuclear deterrence.

–President Eisenhower ended the Korean War and achieved an armistice by threatening to use tactical nuclear weapons.

–The 1962 Cuban missile crisis was resolved peacefully, thanks to the U.S. having a 5-to1 superiority in ICBMs over the USSR.

–The 1969 USSR-China Ussuri River border conflict did not become a major Sino-Soviet war due to Russian nuclear superiority.

–The U.S. lost the Vietnam War because LBJ and Nixon would not invade and occupy North Vietnam, fearing nuclear war with China.

–The U.S. ultimately won the Cold War, without it becoming a thermonuclear holocaust, through successful deterrence strategy.

–China-India-Pakistan border conflicts have not become major wars because of nuclear deterrence.

–Failed state North Korea looms large on the global stage solely because of its nuclear missiles.

–Failed state Iran through nuclear diplomacy bullies the U.S. and Europe and blackmailed Washington for billions by the mere threat to acquire atomic weapons.

–Will China permanently annex the South China Sea and conquer Taiwan, largely unopposed, because of its nuclear deterrent?

–Will Russia conquer European NATO by threatened or limited use of nuclear weapons?

“No nukes” activists try to enlist Ronald Reagan in their cause, implying Reagan was “anti-nuclear” like them (see above the 1985 Reagan-Gorbachev Summit).

Reagan wanted to avoid nuclear war, but did so successfully by building-up and modernizing the U.S. nuclear deterrent, including deployment of: Ohio-class SSBNs, Trident SLBMs, Peacekeeper ICBMs, modernized Minuteman III, new strategic bombers, ALCMs, Pershing-II and GLCM INF missiles. Reagan rightly feared a nuclear “window of vulnerability” and was elected in no small part to close that window by nuclear “Peace Through Strength.” Under Reagan, the official U.S. military doctrine called for “prevailing” in nuclear war.

Hypocritically, anti-nuclear activist groups do not support anti-missile defenses to render nuclear weapons technologically ineffective and obsolete. They aren’t interested in the truth or facts about highly effective space-based anti-missile defenses, like Brilliant Pebbles. They imbibe their own propaganda that strategic defenses don’t work or have to be perfect in order to deter nuclear war.

As alleged humanitarians and morally superior people, shouldn’t you “ban the bomb” types be against Mutual Assured Destruction (MAD), and for strategic defenses that will kill missiles, not people? (Click to Source)