In a series of comments made by numerous ANP readers on Wednesday on this ANP story, a bunch of different people pointed out they believe something very nasty is headed our way, and very soon, and possibly of the ‘false flag variety,’ to complete the ‘takedown of America’ while finishing the demonization of the 2nd Amendment and ‘patriotic Americans’.

Perfectly expressed in this comment by PROUD_2B_American who warned:

“The democrats have backed themselves into a corner, and to make things worse, they’re cornered with no way out….. Joe needs a distraction to get the press on something else…. throughout history, we have a false flag and go to war. Problems solved, the media is 24/7 covering war THIS TIME, nothing would bring everyone of all races and religion together faster to fight the common enemy (fake or not) and they can’t risk that. The pattern has always been collapse the economy, war. They’re in a bad spot now, so there’s no telling what BS plan they’re coming up with as we speak. It’s coming out that they actually supported a fraud pandemic and want us dead as well as a fixed an election……the next twin towers attack is on the horizon.. and SOON. Pray.”

“I agree, something very bad with lots of dead folks. Anyone dare call it a scam or false flag will be demonized or literally lynched. It could also be an “under the radar” invasion or tet offensive type attack (internal elements deployed to finish off the so called “white supremacists”)”.

And with ANP reader ‘Battlesheep’s comment on that same thread being:

“If you watched yesterday’s Monkeywerx Situation Report you would see chartered flights bringing in MS-13?….Chinese?….Mercenaries? from Central America into southern Texas and then distributed throughout the United States to pick up their cached weapons.”

As ‘the Grim Crapper’ responded to Battlesheep.:

“The time is getting Very Close for them to pull out all the stops and go full tilt boogie on us!!!”

We’ve gone ahead and embedded that Monkeywerx Situation Report as the final video at the bottom of this story. And as Battlesheep points out, shortly after the 35 minute mark, we’re warned that numerous mysterious plane flights now happening all across America appear to be flying into the country ‘enemies of America’ who don’t have our best interests in mind at a time when guns and gun parts are going missing. 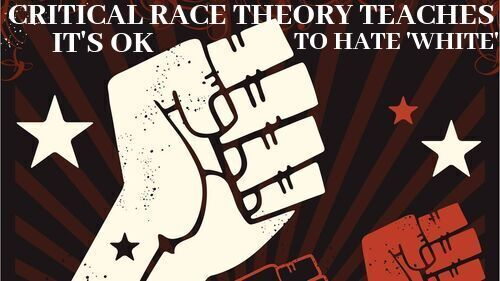 As Mike Adams over at Natural News had warned back in July of 2020 in this story titled “New Intel: Communist China providing automatic weapons to Antifa, Black Lives Matter”, bombshell intel back then had connected some dots on an emerging pattern of violence (and a civil war attempt) from Black Lives Matter, one of the ‘militant terrorism wings’ of the Democrat party, along with Antifa.

Warning within that 2020 story that very strong evidence had emerged that Communist China was supplying fully auto AR-15 “mods” to Black Lives Matter militants in America, with a shipment of those weapons having been interdicted by Customs and Border Protection, another alarming comment made by ‘PROUD’ on this ANP story warned of what might be ahead if we continue traveling down the road we’re on.:

“So, they plan on putting ANTIFA snipers on rooftops! To kills us AND cops…..Barr knows….nothing to see here…..move along. Sheesh, these go back to a year ago….that means they’ve had the entire COVID lockdown time to organize and get ready. Wow!”

From this Customs and Border Control story from back in June of 2020.:

LOUISVILLE, Ky—At the Express Consignment Operations hubs in Louisville U.S. Customs and Border Protection (CBP) officers seized a shipment from China that contained over 10,000 Assault Weapons parts being smuggled into the country.

The shipment was seized on May 22. Officers inspected the item, which was arriving from Shenzhen, China, destined for a residence in Melbourne, Florida. The parcel was manifested as containing 100 Steel Pin Samples. This is a common practice of smugglers manifesting the contraband as a harmless or a legitimate commodity in hopes of eluding further examination.

“The importing of any type of munitions is regulated by the ATF,” said Thomas Mahn, Port Director, Louisville. “This smuggler was knowingly trying to avoid detection, however, our officers remain vigilant, ensuring our community is safe.”

So while the left continues to attempt to demonize white and patriotic Americans in 2021, teaching ‘critical race theory’ to dumb down the young and still impressionable while using big tech, the mainstream media and their own leftist politicians to pass on their message of hatred, even one black Professor from Columbia University recently called out those pushing critical race theory as pushing the new racial hatred. 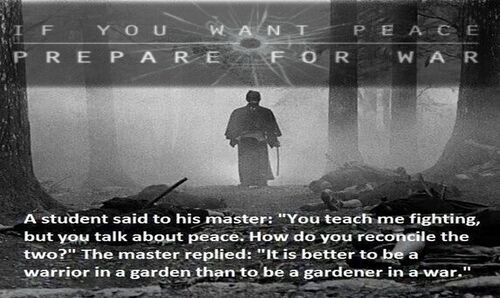 So with many different ANP readers all getting the feeling that ‘something nasty this way comes’, and Democrats/globalists growing more and more desperate every day to complete the demonization of anyone who puts ‘America first’, with their war upon the ‘Stars and Stripes’ the latest sign of their insanity as Susan Duclos had pointed out in this June 9th ANP story, we serve our families, loved ones and the future of America best by being prepared for anything in these days.

With this 2019 NPR story reporting Customs Agents had also made an ‘unusual seizure’ of nearly 53,000 Chinese gun parts in California back in 2019 more solid proof that the Florida seizure of Chinese made weapons wasn’t just a blip on the radar, we also can’t forget that under Barack Obama, the ATF ‘lost’ well over 1,000 weapons in the ‘Fast and Furious’ gun running scandal.

And with Joe Biden and Democrats attempting to transform America into a socialist hellhole in 2021, are ‘enemies of America within’ and/or ‘without’ now arming Antifa, BLM and other radical leftist groups for a ‘coming showdown’ in America’s future? While we’ll pray for peace in our country greatly in need of it following the Covid lockdowns, it’s long been warned: “If you want peace, prepare for war”.

In the 1st video below, Jesse Lee Peterson warns Infowars that Democrats are pushing to destroy America with their utterly false ‘critical race theory’ ushering in a new era of hatred for America, hatred coming from Democrats towards anybody who doesn’t push their ‘message of hatred’. While in the 2nd video below, Dr. Reiner Fuellmich warns that the globalists had planned out Covid for a decade, pushing America and the world closer to our own destruction. And as mentioned previously, in the final video below we get a SITREP for flights in America, including the warning that it appears that weaponry and mercenaries may be being flown into the country.