The lead story over at the Daily Mail this morning titled “WHO whitewash: Investigators BACK Beijing’s claim Covid did NOT leak from a Wuhan lab and call for ‘no further study into that theory'” tells us everything we need to know about Americans ever getting the truth about this ‘scamdemic’.

While we’ve always felt here at ANP that the truth about Covid-19 would never be allowed to emerge, especially with ‘Beijing Biden’ being a ‘squatter’ in the White House, with the World Health Organization now backing China and officially making sure the cover-up will go on, we should all be thrilled that they’ve instead decided to investigate China’s theory that the virus originated on ‘frozen meat’.

Yet with the ‘frozen meat’ they speak of most like being the cadaver that China’s own bioweapons research team had experimented upon while creating the virus that caused America to be locked down and allowed Democrats to steal the election via mass write in voting fraud, the top-voted comment on that Daily Mail story showed that most aren’t buying the WHO’s lies:

“The World Health Organization are in the pockets of the CCP. They are merely a propaganda wing of the Chinese government.”

With another one of the top-voted comments on that story pointing out “Wasn’t Trump the only political leader brave enough to hold them accountable?” while another bluntly stated “The W. H. O are in China’s pocket”, a reply to that comment hit the nail on the head: “Beijing Biden is their man in Washington.” 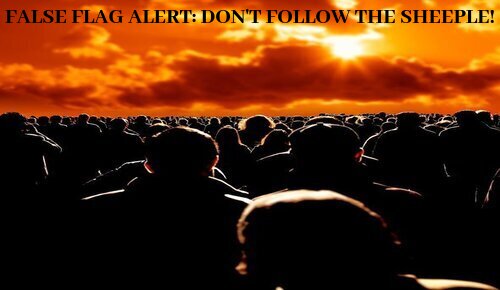 So with that story out of China offering Americans more proof that we’ll never ever see the truth about what some experts have warned was a bioweapons attack upon America, we get more evidence from this story over at MSN that false flags and agent provocateurs will likely play a big role in the coming ‘Beijing Biden’ years.

With the MSN story pointing out that one of the leaders of the so-called ‘riots’ in DC back in January was an FBI employee, it’s not just ‘coincidence’ that the mainstream media continues to ignore threats from antifa and blm to ‘burn down DC’ while focusing on President Trump supporters. From the MSN story before we continue.:

But Caldwell’s attorney, Thomas K. Plofchan, says he isn’t just a retired lieutenant commander. Caldwell also had top-secret security clearance and served as a section chief for the FBI after leaving the armed forces in 2009, according to Plofchan.

Those details were revealed in a motion filed Monday asking a judge to let Caldwell out of custody, citing his long military career and ability to pass vetting for the high-security clearance. His attorney also claimed that Caldwell has disabilities from his military service that would have prevented him from storming the Capitol.

The FBI did not immediately return an inquiry about Caldwell’s past employment status late Monday. Caldwell’s filing, which says he was paid as a GS-12, does not explain how he could have served as an FBI section chief while also being classified at a significantly lower federal pay scale than typically comes with such a job.

The claims about Caldwell’s high-security clearance and FBI service add to concerns about extremism in the military and law enforcement. The indictments against numerous alleged rioters with military and police ties have led local agencies to launch investigations and the Pentagon to order each military branch to dedicate time to addressing the problem in the coming months. 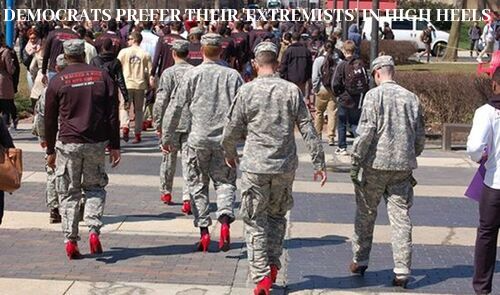 And as CNBC had reported back in January, with the Pentagon also now ‘probing for extremism’ within the US military, with a massive ‘purge’ of anyone who they consider ‘extremist’ likely ahead, we should remember that 2021 Democrats thought that ‘pro-America’ was ‘extremism’ while President Trump was in office so a massive purge of our military ranks is another sign America is being set up for disaster.

So please join us in praying for our brothers and sisters in the US military services, as this SQAlert over at Steve Quayle’s website points out, many members of the military are now suffering from depression due to possible mandatory Covid-19 vaccinations and certainly, the LGBT ‘take-over’ of the US military that saw many military members walking in red heels during the Obama administration.

With 2021 also setting up to be an absolute disaster for the American worker with millions of Americans  projected to remain jobless for the next three to four years, and Biden looking to fill American jobs with foreign workers, we see how ‘globalism’ is being used to transform our once ‘free Republic‘ before our eyes. From this story titled “Prepare for Extreme Tyranny; The Likes of Which Have Never Before Been Seen in This Country”.

What we face today, and what is coming in the near future is pure, unadulterated, totalitarian madness, and so long as the people of this country remain indifferent to this tyranny, it will worsen and escalate every single day until nothing of value remains.

It cannot be stressed enough that the end of America is just around the corner. The controlling scum in power seeks the end of this economy, the end of all freedom, the end of joy, the end of travel, the end of independent thought, the end of any realistic intellect, and the end of sanity. This is where we are headed, and only the masses that are in most respects to blame for this takeover, can stop it. That does not bode well for those of us willing to fight for our freedom, as we are now in the extreme minority.

The risk to the actual freedom fighters is absolute, but without those willing to risk all for their freedom, little hope of a return to liberty is possible. All of us that will actively dissent, disobey all state orders, and call out the criminal government, are now targets of this heinous governing system, and every tactic necessary to eliminate resistance will be used against us. This is already beginning, as Biden declares “war” on domestic “terrorism.”

Ex-CIA Director, John Brennan, said “Biden’s intel community are moving in laser-like fashion to try to uncover as much as they can about the pro-Trump insurgency that harbors religious extremists, authoritarians, fascists, bigots, racists, nativists, even libertarians.” All of these are according to Brennan, insurgents, and he and the so-called “intelligence community” seem to be salivating at the prospect of war against the American people. This is a dire threat to anyone that disagrees with or stands against the state.

So with another repeat criminal politician recently calling law abiding-dissenters ‘domestic terrorists’ as reported in this Sons of Liberty Media story another hint of what’s ahead for America, while Biden and Democrats put the America worker last, we all owe it to our families and loved ones to be absolutely prepared for what is ahead, because the government certainly isn’t going to save us. (Click to Source)