– Starvation, Dehydration And People Savagely Killing Each Other For Basic Necessities Could Be Biden’s Legacy

With Joe Biden wasting no time at all picking up where Barack Obama left off in the Middle East, sending a US military convoy into Syria after President Trump had tried for four years to end the globalists insane, endless wars, this story over at The Nation reports that Joe Biden’s wars will probably drag on just below the threshold of American public awareness.

Yet while Biden’s overseas wars might remain ‘just below the surface of public awareness’, as Infowars reported in this recent story, with former CIA Director John Brennan recently urging Biden to ‘purge his political opposition’ here in America, and that ‘political opposition’ being largely Christians, Libertarians and Conservatives, Biden’s biggest ‘wars’ might just be here at home in America, against the media-labeled ‘white supremacists’ and other so-called ‘right radicals’.

But as Tucker Carlson perfectly points out in the video at the bottom of this story, with Biden and his administration quite insanely demonizing half the country in trying to label all President Trump, pro-America supporters as ‘racists’, it’s long been warned that an ‘entity divided’ cannot stand, and a country completely divided is on its way to destruction.

So while Biden and company allegedly prepare to go after their so-called ‘political enemies’ on the home-front, while the globalists lick their greedy chops at the thought of more endless globalist wars under Biden overseas, we all owe it to our families and loved ones to be completely prepared for whatever may be ahead.

Because with America entering unknown territory in 2021 due to the ‘plan-demic’ raging on and now, law-abiding American citizens the new ‘targets’ as the so-called ‘war on terror’ goes domestic, those who are now ‘governing’ America may very well miss very pertinent signs of enemies abroad preparing to attack America while they’re focusing upon those at home. And this new story over at CD Media that the Liberty Daily linked to on Saturday morning offers us a great warning of what may await us.

Reporting that Biden has rescinded a President Trump order which banned Chinese involvement in the US power grid, what could go wrong should war break out between China and America, and Chinese ‘agents’ who were installed into electric companies across America unleash their ‘sabotage’ upon the grid?

With Dr. Peter Vincent Pry, the Executive Director of Task Force on National and Homeland Security, a Congressional Advisory Board dedicated to achieving protection of the United States from electromagnetic pulse (EMP), cyber-attack, mass destruction terrorism and other threats to civilian critical infrastructures, long warning that a long-term grid-down scenario could lead to the deaths of up to 90% or more of the US population, and Biden and the globalists likely to get us into another war at some point in the next 4 years, hunger and starvation, dehydration and lack of water, and people killing one another savagely for basic necessities are what could claim the most lives should worst case scenarios unfold in Biden’s time running America ahead. 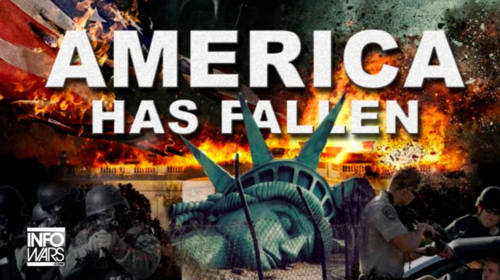 According to this December 2020 story over at the National Geographic, Covid-19 related mental illnesses are exploding across America as tens of millions are locked down and out of work and America goes through its most painful economic crisis since the Great Depression back in the 1930’s.

With the year 2020 being a ‘personal financial disaster’ for 55 percent of all Americans, with approximately 12 million U.S. renters at least $5,850 behind in rent and utilities payments and forecasts now that possibly 40 million Americans could be facing eviction when the rent and mortgage moratoriums finally end, America’s mental health crisis could explode in 2021 with not enough people to help those in need and not enough of ‘those in need’ even acknowledging that they need help.

And with more than 70 million Americans filing new claims for unemployment benefits since the COVID pandemic began, (more than 20% of the current 330 million US population!), every day we get more and more signs that the America we all grew up in has fallen with the world to follow.

As the website Preppers Gab had reported in this story (saved over at the Wayback Machine), there are many different disasters that would be absolutely catastrophic to the United States.

An EMP attack that causes the power grid to collapse, a huge natural disaster, or a complete economic collapse far worse than the Great Depression are just three such disasters that would take years to recover from.

What many people fail to realize, however, is that it won’t be the disaster itself that kills the most people. While it is true that the EMP strike could cause planes to fall out of the sky and cars to crash into one another, and while it’s also true that a natural disaster could claim thousands of lives instantly, it’s what happens after an apocalyptic disaster that would cause most of the deaths.

With communications, food, water, and other necessities all cut off instantly, once ordinary people will do desperate things in order to survive. Hunger and starvation, dehydration and lack of water, and people killing one another savagely for basic necessities are what would claim the most lives. 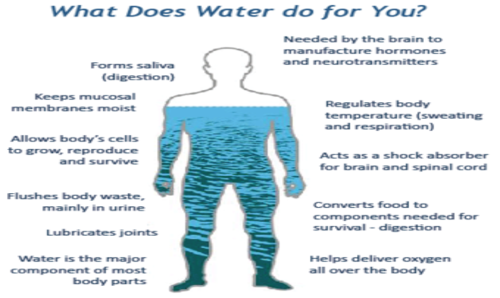 So we’ll be taking a look within the closing of this story at preparing to ‘survive the Joe Biden apocalypse’, with a special look at the start on preparing to keep ourselves hydrated should any one of a number of different ‘worst case scenarios’ unfold in America.

With water making up approximately 60% of the adult human body, in every single cell of our bodies, there’s a very good reason why human beings can only survive for about 3 days without water, while  surviving without food for possibly weeks.

Three more must-read stories on ‘hydrating for the apocalypse’ come to us from Survival Dan.

Hydration for the Apocalypse: How to Properly Store Water for Long-Term Emergencies

Hydration for the Apocalypse: Creating & Storing A Long-Term Water Supply

Hydration for the Apocalypse: How to Store Water for Long-Term Emergencies

As mentioned previously, in the only video below, Tucker Carlson takes a look at the insane proclamation seemingly coming from the Biden administration that all of us President Trump supporters are somehow ‘white supremacists’, which is nothing more than the Democrats doing what they do best, dividing our country along the lines they choose. (Click to Source)