– Prepare To Defend Your Families And Loved Ones From Leftist Insanity, America!

The signs of massive trouble ahead are now everywhere.

With the 2020 election now having proven to nearly 100 million Americans that Democrats can get away with stealing US elections, and nothing will be done about their crimes upon America, with no judges even hearing cases of voting fraud carried out by Democrats, many of those millions of Americans are likely ‘done with’ this ‘system of lies’ built up by Democrats for the rest of their lives.

With this election also confirming the warnings of things to come long ago given by Joseph Stalin, who allegedly said “Those who vote decide nothing. Those who count the vote decide everything“, anyone who still believes even a word coming out of the mouths of Democrats or the mainstream media in 2021, when they’ve called half of America ‘Russian trolls‘ for the past 4 years, deserves the lies they’ll continue to get from them.

With facebook and twitter continuing their attacks upon freedom and the 1st Amendment in America by censoring America’s Commander in Chief, the latest hint of where this war upon the US Constitution and freedom are heading in the months ahead, why should President Trump supporters EVER believe anything at all that we’re being told, when the FBI and the Pentagon have already demonstrated their officials are willing to break and bend rules to obstruct Trump? And the ‘deep state’, Democrats and the mainstream media seemingly ‘declared war‘ upon President Trump before he ever even got into office!

With ABC’s political director Rick Klein recently penning a piece demanding that America be ‘cleansed’ of President Trump’s ‘ideology’ as the Washington Examiner reported in a recent story titled “ABC demands ‘cleansing’ Trump movement from America”, what happens when that ‘cleansing’ involves Trump supporters being ‘re-educated’ in ‘camps’ by Democrats, like Communists love to do?

Simply put, that would be the very final straw for most Americans, who would then have absolute proof that ‘tyranny’ had taken over America and, as America’s Founding Fathers long ago warned, such a scenario would never be allowed to take place here, with the 2nd Amendment America’s ‘remedy’ against tyrants.

So while we’ll continue to pray for peace in America in the days, weeks and months ahead, as you can see in the screenshot below that we’ve taken from another story’s comment section, there are many Democrats who want us all dead, simply for supporting President Trump. With some going so far as to call such a ‘cleansing’ a ‘war of genocide’, can you even IMAGINE the outrage from Democrats and the MSM all across the country had a President Trump supporter made the remarks seen below!?

Hearty Soups #10 Can Pack (187 servings). The body and soul crave something to warm up from the inside out. Secure Yours Now by Clicking Here.

So with every day bringing America more and more signs that 2021 will descend into absolute chaos, especially should democrats attempt to ’round up’ President Trump supporters for our political beliefs and our very strong and very valid beliefs that Democrats actually DID ‘steal this election’, as this story over at WBCK-FM reports, if a Republican had made the remarks Rick Klein recently made, there’d be absolute outrage all across the country. What incredibly hypocrites 2021 Democrats are, huh?!!

I am stunned that this guy still has a job. Talk about promoting violence the Republicans could get a lesson from this Democrat.

The Federalist is reporting about Rick Klein. Most people have never heard of this very disturbed man. The problem is he has a job that influences what a lot of people hear on a certain TV station. Rick is the Political Director for ABC News, interesting since ABC decided to stop being a News station and became a political agenda station, but that is beside the point.

This brilliant and totally non-bias News person is calling for the “cleansing” of all 75 million people who voted for President Trump. He tweeted, and I would love to show you the Tweet but they have since blocked it, the following:

Alexapure Go Water Filtration Bottle. Made of BPA-free, FDA-approved food grade materials. Made in the USA. Secure Yours Now by Clicking Here.

Trump will be an ex-president in 13 days. The fact is that getting rid of Trump is the easy part. Cleansing the movement he commands is going to be something else.

ABC did proudly put his comments on the abcnews.go page.

Can you imagine if the political director of any “news” station called for the cleansing of all of Biden or Obama’s sycophants? They would be fired within the hour it was tweeted out. The question you must ask yourself is why this horrible human being still has a job with ABC “News”. Do you think the people at ABC “News” could actually not be biased in their reporting?

The left has been calling President Trump Hitler for years when in reality Hitler has been in their midst of their own and he goes by the name Rick Klein these days. The History Channel describes ABC News Political Director Rick Klein’s mentor this way:

“The most prominent example of extremist nationalism-fueled ethnic cleansing was Adolf Hitler’s Nazi regime in Germany and its campaign against Jews in German-controlled territory from 1933 to 1945. This movement began with cleansing by deportation and ended in the horrific “final solution”—the destruction of some 6 million Jews (along with some 250,000 Gypsies and roughly the same number of homosexuals) in concentration camps and mass killing centers.”

If this person calling for the cleansing of Americans has a job by the end of the day you must really ask the question; why would I ever consider watching their station?

Cleansing of Trump Voters you have to be kidding me, this is outrageous.

Where are all of the Politicians from all sides calling for the immediate firing of this Hitler want to be? Where are all the great reporters asking Biden and all the other Democrats and Republicans jumping ship if they believe that all Trump policy supporters should be cleansed?

They also should be asking them if Rick Klein should be fired immediately.

So with more and more evidence emerging every day that Democrats want us all dead, or at least for us to be ‘re-educated’ into their insane way of thinking, Americans all across the country have more evidence that we should be arming up and buying lots and lots of ammo now, preparing to defend our families and loved ones from democrats who want us dead because of our political beliefs, with ‘a well-armed People’ never being cast into ‘re-education camps’ nor ’rounded up’ and executed.

Wonder why communist/totalitarian regimes always disarm their future victims ahead of time?

(ANP EMERGENCY FUNDRAISER: Due to unexpected medical and emergency repair bills, please consider donating to ANP to help keep us in this ‘Info-war’ for America at this most critical time in US history, during a time of systematic ‘big tech’ censorship and widespread Democrat corruption.) 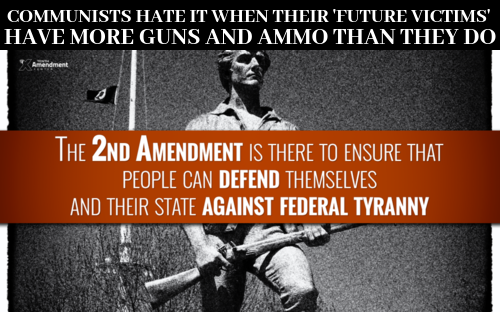 And as we’ll see in this closing, more and more signs are emerging of something huge happening in the days ahead.

With google suspending Parler from their app store the latest hint of massive big-tech censorship coming in 2021, a bizarre tweet by Microsoft on Friday night also hinted of something horrific in the works, with Microsoft tweeting mysteriously at 7:15 p.m. Friday night: “It’s now safe to turn off your computers”.

Garnering responses on twitter such as ‘Oh my God, what is going on?’, another twitter commenter responded: “May be the last time it’s safe to turn on your computer with Big Tech purging free speech off every conceivable platform.”

And another sign of something possibly crazy happening in the days ahead comes to us from this story over at Radio World which reported that the FCC has just issued an EAS Enforcement Advisory, reminding emergency alert system operators all across the country of their obligations to broadcast emergency alerts to everybody, as if they know something huge is on the way.

So with 2021 looking more and more like it will be a year for the ages as ‘big tech’ ramps up political censorship all across America and the world while some Democrats call for President Trump supporters to be ’rounded up’ and others are calling for Conservatives to be ‘cleansed’, we thank America’s Founding Fathers for their incredible wisdom, allowing Americans to defend themselves against totally corrupt governments or petty criminals who think they can simply take another person’s liberty away. (Click to Source)