While back on December 31st, we published this story on ANP titled “Imagine Not Being Able To Go To The Grocery Store To Buy Food If You Don’t Get ‘The Kill Shot’: More Sinister Signs They’re Planning On Tightening The Screws Down Upon All Of Us In 2021”, every day we also get more signs that Americans want nothing to do with the Covid-19 ‘kill shot’, with up-to 60% of US healthcare workers nationwide refusing to get ‘the jab’.

As MSN reports, Ohio governor Mike DeWine recently expressed his own shock while telling the Columbia Dispatch that 60% of nursing home workers in his state refuse to get ‘the shot’, even more alarming to him because 38% of all Covid deaths are happening to nursing home residents. And the Baltimore Sun reports that a mind-boggling 80% of all ‘vaccines on hand’ have still not met the arms of a willing recipient, with roughly only 3 million Americans nationwide getting a Covid shot in December.

With a Democrat politician in Florida now calling for the National Guard to get involved in aiding this ‘chaotic rollout’ of a vaccine that apparently hundreds of millions of Americans DO NOT WANT, and Joe Biden promising that when he gets in office, he will ‘spare no effort’ to get the American people vaccinated, as the top-rated comment on that Daily Mail story warned, “This is dangerous talk from an already too intrusive government.”

Yet with that ‘dangerous and already too intrusive government’ really supposed to be nothing more than a SERVANT to ‘We The American People’, the American people REFUSING to cower to these petty, wannabe-medical-tyrants by refusing to ‘comply and get their shots’ is another sign that the American people have had it up to here with this ‘manufactured plandemic’. Which we’ve argued time and again was ‘created’ by the democrats/globalists/China to both get President Trump out of office and help the globalists usher in their ‘new world order,’ global government via ‘the global reset’.

So with all of this quickly coming to a head, with what’s happening in New York and Canada, where far-left liberal radicals are pushing internment camps for those who may or may not have Covid-19, a warning sign to us all of where this is headed, Americans are reminding those who think they know what’s best for us that they know nothing at all. And refusing to take ‘the jab’ if we think it best not to is one good way of doing so, even though a mass refusal of what they insanely believe to be ‘the answer’ to this pandemic may drive the liberal/globalist politicians crazy. 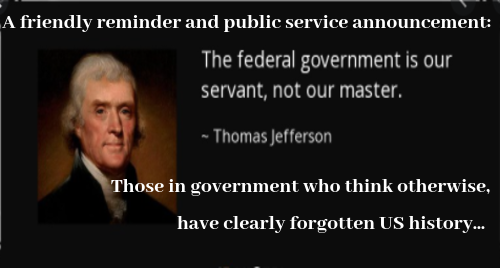 From this December 31st of 2020 story over at the Los Angeles Times before we continue.:

Just as vaccines are becoming available, fewer Americans are willing to take them, according to a new study.

(ANP: ‘SOME’) Health experts agree that the best way to end the COVID-19 pandemic is to vaccinate our way out of it. Unfortunately, Americans’ willingness to get a COVID-19 vaccine is waning, even as a punishing third wave claims well over 1,000 U.S. lives each day.

The latest evidence for this appears this week in the Journal of the American Medical Assn., and it shows that skepticism toward the vaccines is on the rise among Americans of all stripes. Regardless of age, race or sex, U.S. adults were significantly less likely to say they’d get vaccinated in late November and early December than they were in early April.

And though interest in COVID-19 vaccines has waned across the board, some groups of Americans are even less willing to be vaccinated than others. Overall, 74.1% of U.S. adults surveyed between April 1 and April 14 said they were either “somewhat” or “very” likely to get a COVID-19 vaccine when it became available to them. At the time, the country had confirmed about 550,000 coronavirus infections, and nearly 22,000 people had died as a result, according to data from the World Health Organization.

Fast-forward to the end of the year. Between Nov. 25 and Dec. 8, 56.2% of U.S. adults were still planning to get vaccinated when their turn came. This despite the fact that by the end of that survey period, more than 14.5 million Americans had been infected and about 280,000 had died, according to the WHO.

So with ‘Americans of all stripes’ refusing to take the vaccine despite the fact that many so-called ‘health experts’ have claimed that the best way to end this scamdemic is to ‘vaccinate our way out of it’, what happens when this ‘trend’ of refusing vaccines continues, especially as more and more people are sickened or killed by the vaccine that is allegedly less successful at preventing deaths from Covid-19 than our own immune systems?

Since we’d never put it past government to attempt to mandate the Covid-19 vaccines for the masses, and that very well may be the direction that we’re heading in 2021 should those masses continue to refuse to get a shot, one could also argue that forced vaccinations would be government crossing the line from being our ‘servant’ to being ‘our masters/dictators’, and history proves that would never be tolerated by the free people of America. 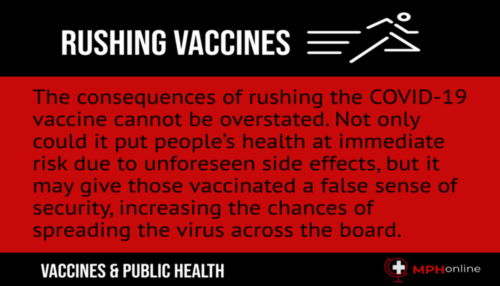 And while Dr. Anthony Fauci recently told Newsweek that Americans must adhere to coronavirus safety guidelines, and the best way to prevent mutations is to ensure that everyone in the U.S. gets vaccinated as soon as possible, as this MSN story reports, vaccinating a majority of Americans isn’t something that can happen overnight, especially with Americans all across the country now refusing to allow government to inject an unknown and unproven poison into our bodies.

So with vaccines normally taking 10 to 15 years to develop safely as was reported in this ‘History of Vaccines’ story, and ABC News in Australia reporting back in April that “We’ve never made a successful vaccine for a coronavirus before. This is why it’s so difficult”, why would Dr. Fauci and other so-called ‘medical experts’ even think that a Covid-19 vaccine is ‘the answer’ to this mess, with history proving otherwise?

With the American people now overwhelmingly saying NO to these government vaccines, with evidence of 80% of those vaccines now available to people are not being used, we should all be expecting a massive social media/mainstream media ‘propaganda-news blitz’ in the days and weeks ahead, with ‘pro-vaccine propaganda’ being weaponized against the American people while factual news warning of the dangers of vaccines continues to be heavily censored by ‘big tech’.

And with many others in government sure to follow the lead of Ohio governor DeWine who said “he wanted to instill a sense of urgency among those eligible for the shot”, warning, like Biden of the rollout “I’m not satisfied with where we are in Ohio” and “we’re not moving fast enough, but we’re going to get there”, as another top-rated comment warned on that Daily Mail story:

“Every freedom-of-choice citizen needs to search online for Biden’s terrifying speech on Dec 29 regarding his plans to enact a more aggressive roll-out to get “100 million Americans injected in his first 100 days.” There is only one way you can accomplish this: by force.”

Yet with an estimate of 393 million guns owned by well over 100 million Americans a very strong indication that America’s Founding Fathers were right on the money in their adoption of the 2nd Amendment into the Bill of Rights of the US Constitution, to PREVENT tyranny from ever taking hold in America, the next several months on into 2022 will absolutely be a key period of time that helps determine whether or not Americans can hold off the globalists agenda, with attempts to unveil one form of tyranny or another almost everywhere we look in 2021. (Click to Source)