A major winter storm is expected to sweep across the US in the final days of the year, bringing with it heavy snow, high winds and thunderstorms, potentially covering the East Coast with snow and rain on New Year’s Eve.

The storm system is predicted to hit the US in two distinct low pressure systems, Weather.com reported.

The first low pressure system is expected to extend from Southern California to the Plains and Midwest in the first half of this week.

A major winter storm is expected to sweep across the US in the lead up to New Year’s Eve. 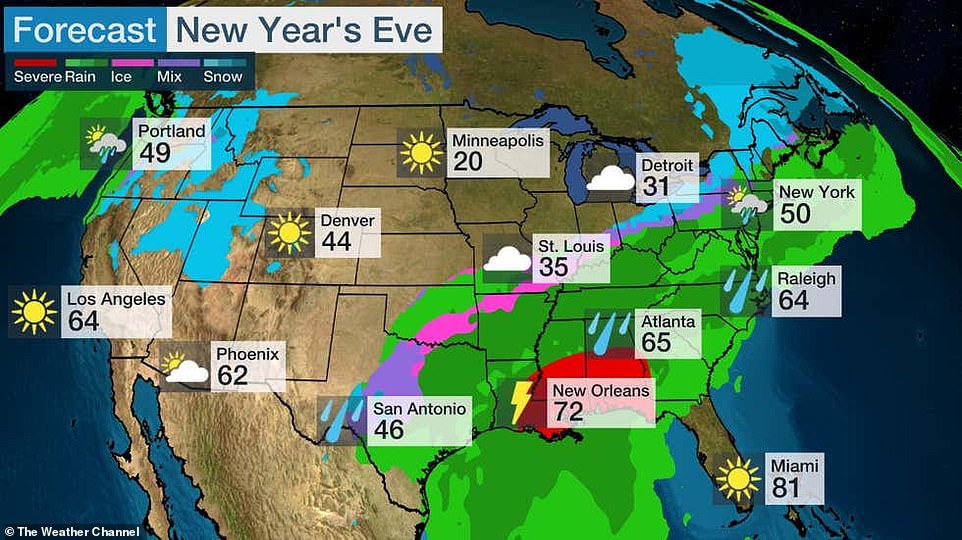 New Year’s Day will also see rain on the East Coast and a wintry mix in the Great Lakes region.

On Monday, the system will drop mountain snow and rain on parched parts of Southern California, including the Los Angeles and San Diego regions on Monday, leading to potential minor flooding in areas that impacted by the fall wildfires, although rainfall amounts are anticipated to be less than an inch in most areas.

Parts of Nevada, Utah, Arizona, Colorado and Wyoming can also expect to experience snowfall as a result of the same low pressure system, leading to a light to moderate accumulation of snow throughout the night.

By Tuesday, the snow and rain is expected to head east of the Rockies into the Central and Northern Plains and upper Midwest, reaching as far as Michigan and Wisconsin by Tuesday night.

The accumulated snow could have an impact on travel in the region, particularly in Omaha, Nebraska; Des Moines, Iowa, and Minneapolis-St. Paul. Meanwhile, freezing rain and sleet could lead to other poor travel conditions in parts of Kansas, as well as northern and central Missouri.

The heaviest snowfall is expected to be seen in parts of Nebraska to Iowa, southern Wisconsin and northwest Illinois from Tuesday through Wednesday, with some areas winding up with five or more inches of snow.

The central plains and parts of the Middle Mississippi Valley are expected to see rain or freezing rain develop throughout Tuesday, with snow measuring between four to eight inches over parts of the Midwest, according to Fox News.

A mix of snow and rain could also hit as far east as Chicago by Tuesday night, while rain and thunderstorms are predicted to develop in the Southern Plains. 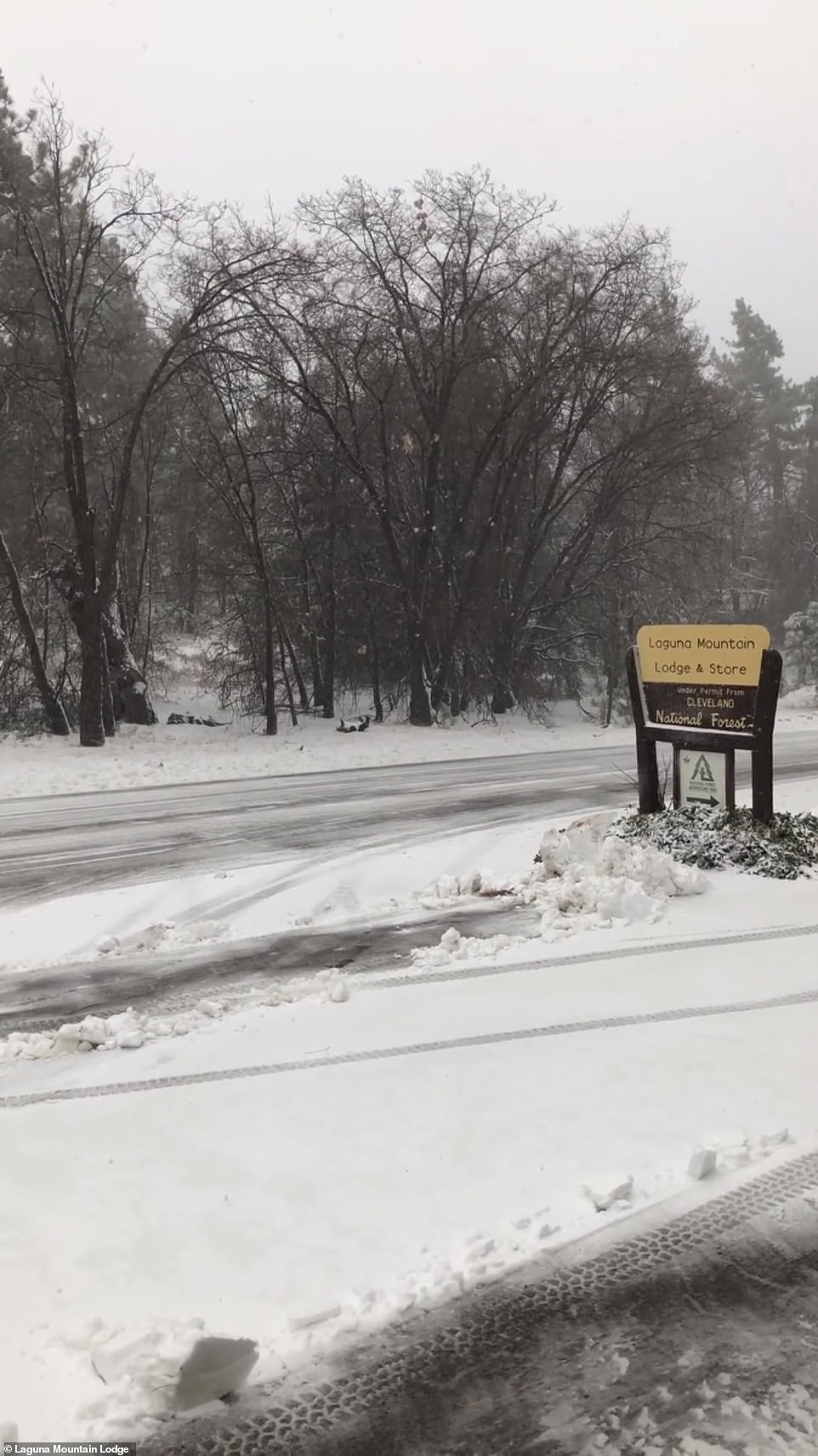 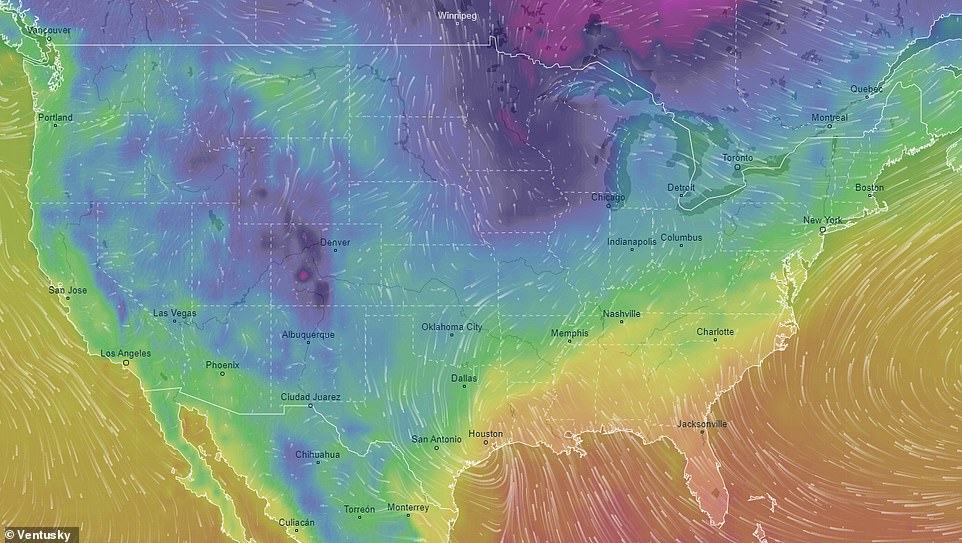 Storm temperature and wind direction predictions across the US on New Year’s Day. 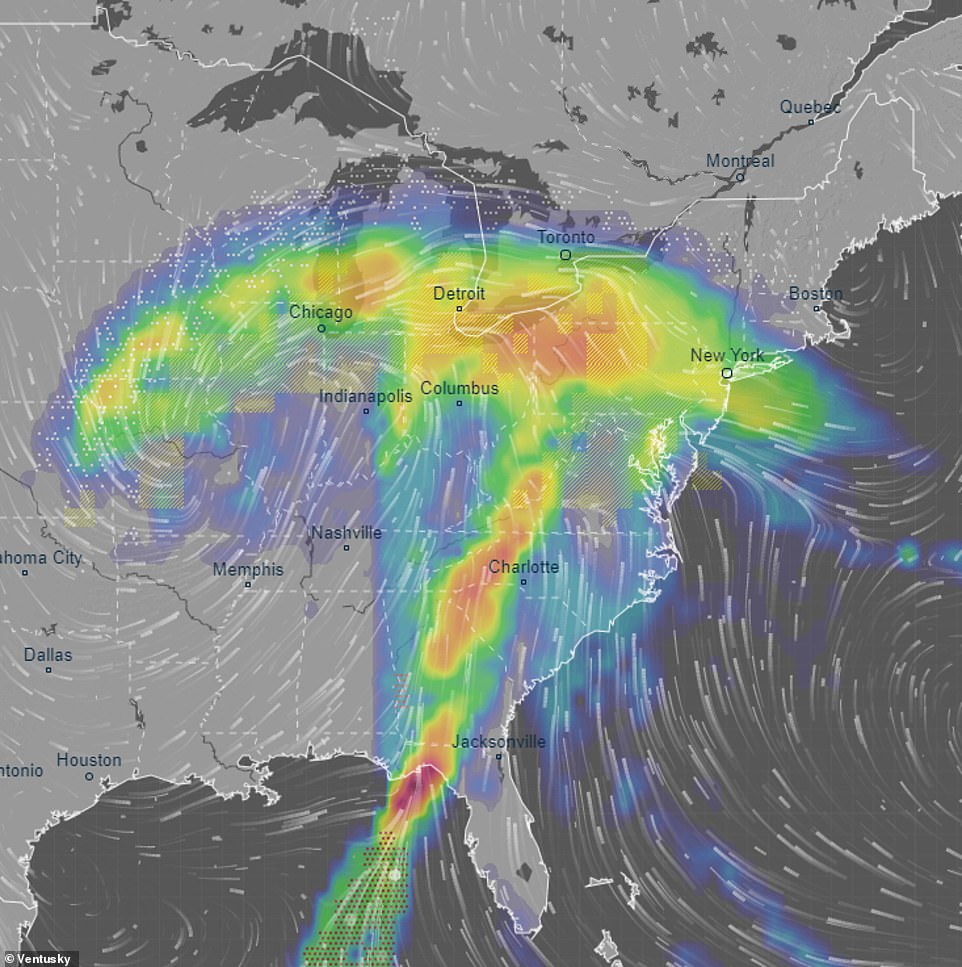 The Gulf and East Coasts are expected to be hit with high amounts of rain on New Year’s Eve.

On Wednesday, the low pressure system is expected to head from the Great Lakes into Canada.

The second low pressure system will also begin to make its presence felt as it builds near the western Gulf Coast, leading to either snow or a mix of snow and rain extending from the Great Lakes southwestward to parts of Missouri and eastern Kansas.

The area ranging from the Ohio Valley to parts of Texas and the lower Mississippi Valley could be hit by rain, with some severe thunderstorms showing up in southeast Texas.

The second low pressure system is currently predicted to cover the South, East and Midwest with snow and rain on Thursday, New Year’s Eve.

The East Coast – from Southern New England to the Deep South – is expected to see rain, with severe thunderstorms possibly cropping up near the north-central Gulf Coast.

The thunderstorms are most likely from eastern Louisiana into the southern halves of Mississippi and Alabama and the Florida Panhandle.

Thunderstorms appearing across eastern Texas on Wednesday afternoon are expected to be able to produce damaging winds and heavy rain, according to AccuWeather.

These same storms – which could produce winds high enough to damage trees and lead to power outages – would then head east, where they would hit portion of western Louisiana during the night.

Motorists in those two regions are being advised that heavy rains could limit visibility and that conditions could change rapidly.

Between one to three inches of rain are projected to fall from western and northern Virginia to central New York state and central New England on Thursday night, with Boston and New York City potentially lucking out and avoiding the deluge until early New Year’s Day, according to AccuWeather.

Also come Thursday, portions of the Northeast, near the Canadian border, could be hit by wintry weather, Weather.com reported.

As the second low pressure system meets the first one, which originated over California at the start of the week, wintry weather could also hit central Texas and parts of Oklahoma.

The first day of 2021 – Friday – could see snowfall from the Ozarks and mid-Mississippi Valley into the Great Lakes, New England and upstate New York, while the mid-Atlantic into the Southeast could be beset by rain and thunderstorms, with parts of the Carolinas and eastern Georgia experiencing severe thunderstorms. (Click to Source)