Since we have not learned from history, we are now about to repeat it.

In past plagues, officials, thinking they were doing good, passed laws that often did short-term good and long-term damage. They passed laws that fixed prices and wages (and always failed); forbade a man to change jobs; forced a son to follow in his father’s job; required people to do unpleasant and dangerous jobs; forced people to stay indoors; prohibited people from moving to a different town; and on and on. With the Chinese coronavirus racing around the globe, people are panicking as they fight for food (and toilet paper); purposely trying to infect others; committing suicide, and insisting on close contact with friends and strangers.

Dummies are ever with us.

Almost daily, we see hazardous events to personal freedom as desperate politicians try to fight the Chinese coronavirus pestilence. Rhode Island used military personnel for hunting down New Yorkers and sent them back home; former British Prime Minister recommended temporary world government; Trump forced Ford and General Motors to build ventilators; NYC mayor told Jews to close down their synagogues, or he would close them permanently; DC mayor threatened 90 days in jail for leaving home; New York Governor sent thousands of coronavirus victims into nursing homes to infect others; a Tampa megachurch pastor was arrested after leading a packed service; and California pastors face jail time for having services as they have for 50 years.

It seems politicians act as they always have in times of major disasters– badly.

Governors closed all schools in their state forcing students into homeschooling—maybe that is where they should have been from the beginning. Since many students were fed by their schools, the government fed them during the shutdown. I am reminded that Rome, as it was in decline and soon fell, also fed the people and provided games and circuses to keep their minds off the strange barbarians beating on their city gates.

As I watch the “peaceful” protests each night, it seems the barbarians are already within our gates. Some are in the mayor’s office.

However, there is not an endless supply of food. Soon, it may be gone and who will feed the students who have become dependent on the system to feed them? Without food, there is anarchy—always. But not to worry since that is a few weeks away following weeks of rioting, looting, arson, and murders.

Americans have been warned not to assemble for any reason, well except for a few protests and a couple of spontaneously scheduled riots. Many people have attended church once or twice a week for a lifetime and are now told it is illegal. However, it seems to be legal for hundreds of protesters to gather and do their thing. Does the government have the power or the authority to forbid a church to meet? Or, if they meet, they cannot sing? Power yes, since they own the biggest guns, but in my opinion, they do not have that authority.

However, church leaders have a responsibility to act in the best interest of everyone. While they have a right to attend church and others may voluntarily join them, what about exposing innocent children? Do they have that right?

Will more oppressive laws be demanded as we see even more depravity, drunkenness, child abuse, robbery, and murder? Will honesty, loyalty, kindness, honor, and compassion become obsolete and even suspect? Will those of us who profess normalcy exhibit significant character flaws and not be true to our highest ideals? Will church members permit hatred, fear, and bigotry to take control instead of faith, hope, and love?

Will real Christians get weary in the battle and surrender their long-held Bible principles to accommodate the soft, sinister purring of unbelieving liberals who tell us the Bible is antiquated and unreliable in times of disaster? Probably so! In times of distress, disease, and death, even good people often capitulate to evil to gain safety, succor, and sustenance.

Will law and order break down with looting and vandalism common? How can the release of felons from prison help the innocent and helpless? We’ve already had felons kill and rape shortly after their release from prison. Will stores close for the safety of the owners? If so, where would you get the supplies you need? If most stores closed, what will that do to our economy? Will officials refuse to permit a store to close or go out of business?

The stock market is going up and down like a yoyo. Many older people have lost most of their retirement funds and won’t live long enough to recoup them. What if the market hits bottom and stays there for months? What would that do to your retirement?

(ANP EMERGENCY FUNDRAISER: Due to unexpected medical and emergency repair bills, please consider donating to ANP to help keep us in this ‘Info-war’ for America at this most critical time in US history as we approach the 2020 election during a time of systematic ‘big tech’ censorship and widespread Democrat corruption.) 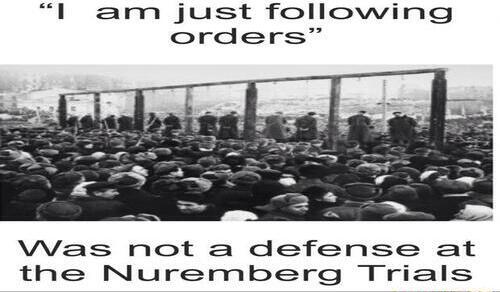 We have seen the military take over some police duties contrary to the posse comitatus law. How will that impact your daily life? If you are a police officer or military, will you arrest or harm a citizen who refuses to be vaccinated or insists on attending church or visit grandchildren? Remember, “I was just following orders” has never been legitimate even in totalitarian times. There is no doubt that new, intrusive laws will be passed (or implemented) that will restrict our freedom of movement.

There will be mandatory vaccinations whenever one is developed, although billions of dollars have been spent seeking an AIDS vaccine without success. What if you think the shots would be far worse than the risk of getting the disease? What if you refused the shots?

Much of the world was under lockdown and forced to stay at home. Have you lost a constitutional right to travel? Does a dangerous disease override your rights? What about your traveling job? What about seeing your children in another city? Will you obey a law that restricts public meetings such as church services? If so, for how long?

Two of our major problems would be obtaining health care and eating. Where will we get the necessary nurses and physicians if the pestilence worsens? What about hospital beds? How could we exist if only 30% of the farmers were no longer producing food? If politicians react as they have in the past to major disasters, they will freeze prices and wages and even prohibit a person from changing jobs. Would you support a law that requires a man to stay in his present job? Well, what if he is a farmer, and if he doesn’t farm, you won’t eat? Would you support that law under that condition?

How firm are your convictions when it affects feeding your family? These questions must be faced now; however, our leaders do not indicate that they are being considered, and some will question my loyalty for asking the questions!

Patriotic Americans will ask some questions and demand answers from the people whose salaries they pay. Keep in mind that we are the masters, and the politicians and bureaucrats are the hired servants! Very well paid servants, I might add!

As the Chinese coronavirus gallops around the world, there will be further limitations on personal liberty, but hopefully, lawmakers will think these issues through, debate them, and implement only those most necessary. Reasonable people will argue that, in times of emergency, unusual measures must be taken for everyone’s good; however, there is always a problem. When oppressive laws are passed “for the present time,” some of them will persist after the danger is past. There are many examples of that in our history. So ask questions and expect answers from the authorities.

This pandemic will change our constitution, community, commerce, churches, and culture; and could affect our character as well. (Click to Source)

(Dr. Don Boys is a former member of the Indiana House of Representatives who ran a large Christian school in Indianapolis and wrote columns for USA Today for 8 years. Boys authored 18 books, the most recent being Muslim Invasion: The Fuse is Burning! The eBook is available here with the printed edition (and other titles) at www.cstnews.com. Follow him on Facebook at Don Boys, Ph.D.; and visit his blog. Send a request to DBoysphd@aol.com for a free subscription to his articles, and click here to support his work with a donation.)

Recovery Room 7 – “My wife ended up overdosing and wasn’t expected to live. How did I miss the signs?”  CLICK HERE