Amid escalating tensions between Greece and Turkey, France has reportedly lent a helping hand to the former by equipping them with 18 Dassault Rafale fighter jets to fight their Mediterranean neighbors. The Rafales have been all over in the media after India received the first batch of French-origin jets amid clashes with China.

According to local media reports, the contract between the French and Greek governments is at an advanced stage, which will see the Hellenic Air Force add a whole Rafale squadron to their existing fleet of Lockheed F-16 Fighting Falcons, Dassault Mirage 2000s, and McDonnell-Douglas F-4 Phantom II. The deal is reported to be completed by the end of the year.

What is being speculated is that the deal will be moving ahead in two parts, with one being the purchase of 10 new Rafales, while the second being that the remaining jets will be parted as a gift to Athens. Reportedly, the eight Rafales were the jets that bombed the Turkish facilities at the al-Watiya airbase in Libya. 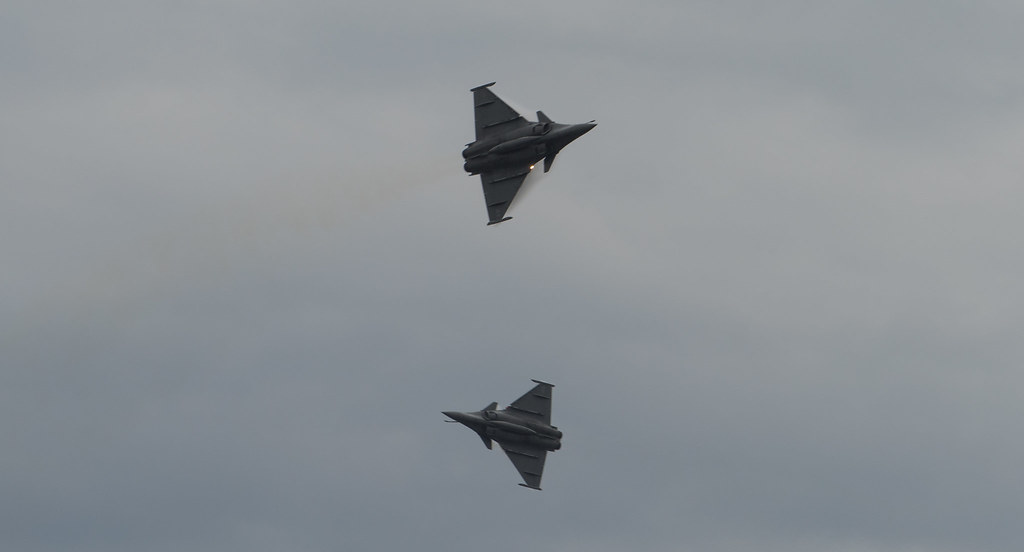 It is fitted with two Snecma M88 engines, each capable of providing up to 50 kN (11,250 lbf) of dry thrust and 75 kN (16,900 lbf) with afterburners. The M88 enables the Rafale to supercruise while carrying four missiles and one drop tank. Although not really a stealth aircraft, the Rafale was designed for a reduced radar cross-section (RCS) and infrared signature, which means it has some stealth features, which have neither been exaggerated nor been over-hyped.

If the deal goes through, the fighters would indeed add tremendous air power in the hands of Greece, as they fight off Turkish forces to challenge for power in the Mediterranean region.

Tensions between Ankara and Athens have soared over recent days after Greece disputed Turkey’s energy exploration in the Eastern Mediterranean as it tries to box in Turkish maritime territory based on small islands near the Turkish coast.

Turkey – the country with the longest coastline on the Mediterranean – has sent out drill-ships to explore for reserves on its continental shelf, saying that Turkey and the Turkish Republic of Northern Cyprus (TRNC) have rights in the region.

Recently, the United Arab Emirates (UAE) joined a list of nations supporting Greece, as the Arab nation dispatched four F-16 fighter jets to take part in a joint drill with the Hellenic Air Force. According to the reports, the jets will be stationed at Souda Bay airbase and will undertake joint military drills with the Greek armed forces over the eastern Mediterranean.

Following the move, Turkish officials immediately retaliated by issuing a warning that they will ‘shoot down’ Emirati fighter planes if they come dangerously close to or do a violation of its airspace. “We will not hesitate to shoot down any UAE aircraft if it approached the Turkish waters or the work area of Oruç Reis near Crete Island in the eastern Mediterranean,” a Turkish defense source told Al-Quds Al-Araby.

Turkish President Recep Tayyip Erdogan has stated that his country is not looking for trouble with the Greeks, and that dialogue could be the only solution.  “If we act with common sense and reason, we can find a win-win solution that meets everyone’s interests,” he said. (Click to Source)

Recovery Room 7 Online – Are you a Bible believing Christian thinking that you have to hide the fact that you’re trapped in the chains of an Addiction?  CLICK HERE.