China and India have reportedly sent their most advanced fighter jets to airbases near their disputed border region in the Himalayas, where a stand-off continues.

According to a Forbes report on Monday that cited commercial satellite imagery, two Chinese J-20 stealth fighters have appeared at the Hotan airbase in the far western Xinjiang region.

Tensions have remained high in the area since June, when Chinese and Indian troops had their worst border clash in decades in the nearby Galwan Valley between Aksai Chin and Ladakh. 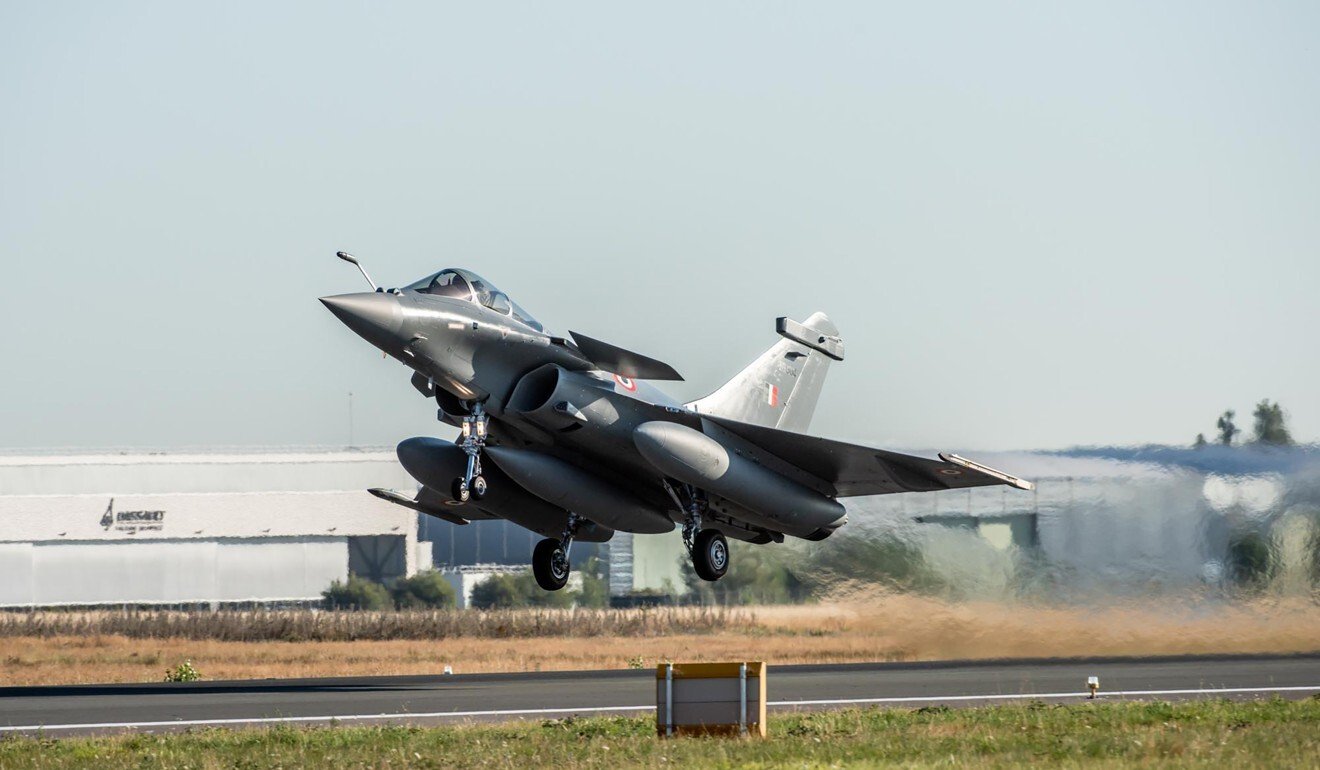 The Indian Air Force ordered 36 Rafale fighter jets in a US$9.4 billion deal signed with France in 2016. Photo: AFP/Dassault Aviation/V. Almansa
As the two neighbours seek to gain the advantage on the roof of the world, China has the upper hand when it comes to the fighter jets, according to military experts. They say China’s single-seat J-20 could gain air supremacy because of its stealth – it can evade radar detection and reach supersonic speeds.

The single- and two-seater Rafales, which only arrived in India on July 29, have similar low-observable, active electronically scanned array (AESA) as the J-20s, which means they can track multiple targets in any weather.

The multirole Rafales are also significantly smaller and lighter than the J-20s.

Chinese exercise in Tibet after border clash with India

“The J-20 could be used with other specialised warplanes for different purposes, and that could better complete the mission,” Song said.

But although it is seen as having the edge, the J-20 has an unresolved engine issue that affects its performance, and for now it relies on an inferior engine that reduces manoeuvrability and stealth at supersonic speeds.

The Indian Air Force ordered 36 Rafale fighter jets in a US$9.4 billion deal signed with France in 2016, and delivery is expected to be completed by 2021.

The PLA Air Force has not revealed how many J-20 stealth fighters it has, but the number has been estimated to be at least 50. (Click to Source)