In the video below, you can see Bevelyn Beatty, the Co-Founder of ‘At the Well Ministries’, attempt to cover up the ‘Black Lives Matter’ mural painted in front of the Trump Tower in Manhattan. The mural has police stationed around it to protect it by order of NYC Mayor Bill de Blasio.

Bevelyn takes a can of paint from the back of her car, walks over to the mural and she dumps the can out. She then gets on the ground to spread the paint over the yellow lettering. A man in tan can be heard yelling expletives at her and then asks the police to stop her, which they did, although one slipped and took a pretty hard fall as shown in our previous coverage of this story here.

While she is covering the mural in black paint, she calls on people to take back their country, shouting ‘take it back’. She also can be heard saying ‘we are dying left and right, take it back… they want us to die and kill each other’.

She was arrested within minutes of covering the mural, and while she is being escorted to the police car she calls the man in tan who was screaming expletives at her a ‘coon’. She is taken away in a cop car and so is the other woman who helped cover the yellow letters in black paint.

The video continues and the woman filming who’s name is Susan talks to one of the NYPD Officers while they are waiting to get Beverlyn’s personal items and vehicle. He asks, “you guys part of a group?” she replies, “we’re Christians”.

The officer affirms he is also a Christian. Susan continues “we’re here to exhort our country to start taking it back. To stop with the nonsense, that all lives matter, blue lives matter. We don’t agree with defund the police, and we are here to be a voice, because the left has the loudest voice right now and we’ve had enough, we’ve had enough.”

Rogan O’Handley tweeted one of the clips from today’s event with ‘The backlash has begun #RefundThePolice #SaveBlackLives.” See tweet:

Bevelyn has a history of being an activist. She was also at Seattle’s ‘CHOP’, talking to people about why she would not be voting for Joe Biden. “You wanna see a bunch of people go to jail in the next four years, put Joe Biden in watch what happens. You want to see black men get killed substantially like you’ve never seen before put Joe Biden in and watch what happens. These Democrats and I’m sorry to say this I’m not trying to be racist but they hate black people.” She has appeared on NewsMax as well.

In the opinion of Bevelyn and the group of Christians she is a part of, they are ready to ‘take back this country from the radical left, the loudest voice right now’. Twitter user @therealoutdude believes this is the start of a revolution. That tweet read:

“Wow Bevelyn Beatty just started a revolution on Facebook live! I can’t believe the @NYPD arrested her for expressing herself especially after what BLM has done to our communities and the Police, stand down like you did for the LEFT! #bevelynbeatty #jesusmatters” See tweet:  (Click to Source) 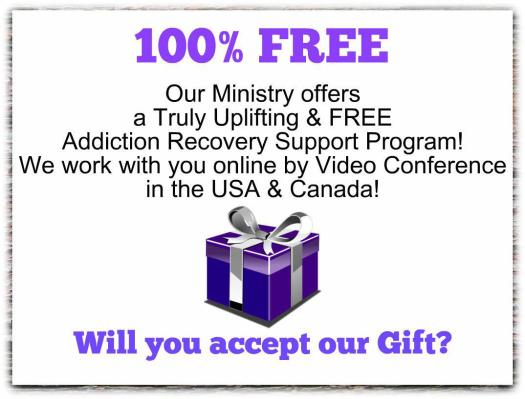 ADDICTION – The Disease Theory or A Consequence of Despair?   CLICK HERE