(Natural News) The Democratic Republic of Congo has reported a fresh Ebola outbreak this week. The new cluster has sparked fear among public health experts, as the African country is still contending with the world’s largest measles epidemic, as well as the coronavirus.

On Monday, June 1st the Ministry of Public Health reported six cases and four fatalities in the western city of Mbandaka; they then confirmed two more cases two days later. A report by UNICEF, which has an office in the area, also reported that Monday that a fifth person died from the virus.

The situation also complicates both local and international efforts to stem an Ebola epidemic on the eastern side of the country, an area considered to be among the most volatile regions on the continent. Less than two months ago, the epidemic – which had lasted nearly two years and caused over 2,275 deaths – was on its final stages. However, a new case set back the government’s plan to declare an official end to the epidemic.

It’s also unclear how the virus appeared in Mbandaka, a city of 1.2 million people about 750 miles west from the country’s eastern edge, especially since Congo has enforced travel restrictions to head off the spread of the coronavirus. Experts are looking at the possibility of a new instance of animal-to-human transmission, especially since the city had previously been the center of an outbreak in 2018.

According to the Centers for Disease Control and Prevention, a person can get infected with Ebola by coming into contact with an infected animal, including fruit bats or monkeys. It can also spread through the handling of wild animal meat infected with Ebola.

“This is a reminder that COVID-19 is not the only health threat people face,” added Tedros Adhanom Ghebreyesus, director-general of the World Health Organization (WHO).

One health crisis after another

Aside from the new Ebola outbreak, health authorities in Congo are also battling to contain the coronavirus, which is also concentrated in the country’s western region. Congo, one of the world’s poorest countries, has 3,644 confirmed cases and 78 deaths, according to data from Johns Hopkins University. Its actual caseload and death toll is predicted to be much higher, however, given that testing has been limited.

The outbreak in Mbandaka has health experts worried, especially since the city is a hub for travel to the capital city of Kinshasa and neighboring countries. The capital city, which has around 12 million residents, is the current epicenter of the coronavirus outbreak in the country. In addition, Mbandaka borders the Republic of Congo and the Central African Republic – two war-torn countries with even weaker health systems than that of Congo.

In addition, the country is also in the midst of the world’s largest measles epidemic, which has infected 369,520 people and caused 6,779 deaths since 2019.

In response to the new outbreak, Dr. Matshidiso Rebecca Moeti, the WHO’s regional director for Africa, posted on Twitter that the global health agency will work together with the Africa Centers for Disease Control and Prevention and Congo’s health ministry to deal with it.

“With each experience, we respond faster ?and? more effectively,” said Moeti.

The new #Ebola outbreak in Mbandaka #DRC represents a challenge, but it’s one we are ready to tackle. @WHO has worked w/ @MinSanteRDC, @AfricaCDC & partners over the years to strengthen capacity to respond to outbreaks. With each experience we respond faster & more effectively. 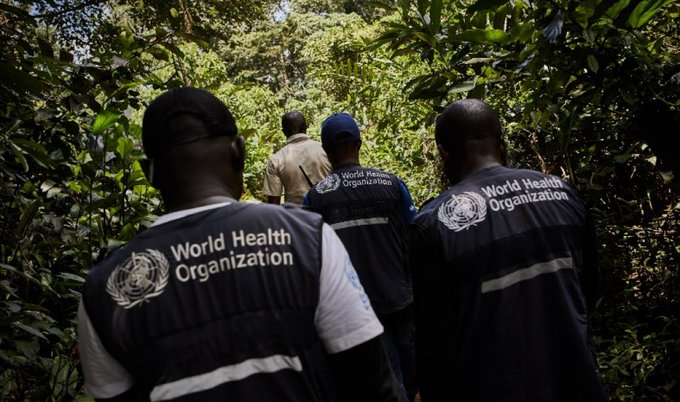 144 people are talking about this

The latest in a string of outbreaks

Ebola, which is short for Ebola virus disease, is a deadly disease that causes fever, bleeding, weakness and abdominal pain. While the average mortality rate of Ebola is around 50 percent, some outbreaks have had case fatality rates of up to 90 percent. The disease gets its name from the Ebola River, where it was first identified.

Congo has experienced many outbreaks of Ebola in recent years, and most have been resolved quickly. (Related: The “incubation period” lie about Ebola, and why America is vulnerable to an Ebola outbreak from infected migrants.)

To date, the largest known Ebola outbreak occurred in 2014, which killed over 11,000 people and affected Guinea, Liberia and Sierra Leone in western Africa. (Click to Source)

Pandemic.news has more on the ongoing Wuhan coronavirus outbreak.

Will you accept our Addiction Recovery Challenge from Recovery Room 7? You have a rare opportunity to receive Recovery from the comfort of your home where we work with you and your loved ones. It’s totally FREE of charge and Bible based. You’ll have your own Recovery Coach and Certified Adult & Teen Challenge Teacher working with you by video conferencing and phone with 24/7 support.
CLICK HERE to find out more.