Matt 22:1 And יהושע (Yahshua, Jesus) responded and spoke to them again by parables and said,
Matt 22:2 “The reign of the heavens is like a man, a sovereign, who made a wedding feast for his son,
Matt 22:3 and sent out his servants to call those who were invited to the wedding feast. But they would not come.
Matt 22:4 “Again he sent out other servants, saying, ‘Say to those who are invited, “See, I have prepared my dinner. My oxen and fattened cattle are slaughtered, and all is ready. Come to the wedding feast.” ’
Matt 22:5 “But they disregarded it and went their way – this one to his field, that one to his trade.
Matt 22:6 “And the rest, having seized his servants, insulted and killed them.
Matt 22:7 “But when the sovereign heard, he was wroth, and sent out his soldiers, destroyed those murderers, and set their city on fire.
Matt 22:8 “Then he said to his servants, ‘The wedding feast, indeed, is ready, but those who were invited were not worthy.
Matt 22:9 Therefore go into the street corners, and as many as you find, invite to the wedding feast.’
Matt 22:10 “And those servants went out into the street corners and gathered all whom they found, both wicked and good. And the wedding hall was filled with guests.
Matt 22:11 “And when the sovereign came in to view the guests, he saw there a man who had not put on a wedding garment,
Matt 22:12 and he said to him, ‘Friend, how did you come in here not having a wedding garment?’ And he was speechless.
Matt 22:13 “Then the sovereign said to the servants, ‘Bind him hand and foot, take him away, and throw him out into the outer darkness – there shall be weeping and gnashing of teeth.’
Matt 22:14 “For many are called, but few are chosen.”(a) Footnote: a See Mat 20:16.
Matt 22:15 Then the Pharisees went and plotted how to trap Him in His words.
Matt 22:16 And they sent to Him their taught ones with the Herodians, saying, “Teacher, we know that You are true, and teach the way of Elohim in truth, and it does not concern You about anyone, for You are not partial to any man.
Matt 22:17 “Then say to us, what do You think? Is it right to pay taxes to Caesar, or not?”
Matt 22:18 But knowing their wickedness, יהושע (Yahshua, Jesus) said, “Why do you try Me, you hypocrites?
Matt 22:19 “Show Me the coin of the tax.” And they brought Him a denarius. (b) Footnote: b Roman monetary unit.
Matt 22:20 And He said to them, “Whose likeness and inscription is this?”
Matt 22:21 They said to Him, “Caesar’s.” And He said to them, “Then give to Caesar what is Caesar’s, and to Elohim what is Elohim’s.”
Matt 22:22 And having heard, they marvelled, and left Him and went away.
Matt 22:23 On that day Sadducees, who say there is no resurrection, came to Him and asked Him,
Matt 22:24 saying, “Teacher, Mosheh said that if anyone should die, having no children, his brother shall marry his wife and raise offspring for his brother. Deu 25:5.
Matt 22:25 “And there were with us seven brothers, and the first died after he had married, and having no children, left his wife to his brother.
Matt 22:26 “In the same way the second also, and the third, unto the seventh.
Matt 22:27 “And last of all the woman died too.
Matt 22:28 “At the resurrection, then, whose wife of the seven shall she be – for all had her?”
Matt 22:29 And יהושע (Yahshua, Jesus) answering, said to them, “You go astray, not knowing the Scriptures (c) nor the power of Elohim. Footnote: c Mar 12:24.
Matt 22:30 “For in the resurrection they do not marry, nor are they given in marriage, but are as messengers of Elohim in heaven.
Matt 22:31 “And concerning the resurrection of the dead, have you not read what was spoken to you by Elohim, saying,
Matt 22:32 ‘I am the Elohim of Aḇraham, and the Elohim of Yitsḥaq, and the Elohim of Ya‛aqoḇ’? Exo 3:6. Elohim is not the Elohim of the dead, but of the living.”
Matt 22:33 And when the crowds heard, they were astonished at His teaching.
Matt 22:34 But the Pharisees, having heard that He had silenced the Sadducees, were gathered together,
Matt 22:35 and one of them, one learned in the Torah, did question, trying Him, and saying,
Matt 22:36 “Teacher, which is the great command in the Torah?”
Matt 22:37 And יהושע (Yahshua, Jesus) said to him, “ ‘You shall love יהוה (Yahweh) your Elohim with all your heart, and with all your being, and with all your mind.’ Deu 6:5.
Matt 22:38 “This is the first and great command.
Matt 22:39 “And the second is like it, ‘You shall love your neighbour as yourself.’ Lev 19:18.
Matt 22:40 “On these two commands hang all the Torah and the Prophets.”
Matt 22:41 And when the Pharisees were gathered together, יהושע (Yahshua, Jesus) asked them,
Matt 22:42 saying, “What do you think concerning the Messiah? Whose Son is He?” They said to Him, “The Son of Dawiḏ.”
Matt 22:43 He said to them, “Then how does Dawiḏ in the Spirit call Him ‘Master,’ saying,
Matt 22:44 ‘יהוה (Yahweh) said to my Master, “Sit at My right hand, until I make Your enemies a footstool of Your feet” ’? Psa 110:1.
Matt 22:45 “If then Dawiḏ calls Him ‘Master,’ how is He his Son?”
Matt 22:46 And no one was able to answer Him a word, and from that day on no one was bold enough to ask Him any more questions.

The Scriptures by Institute For Scripture Research – 2009 Edition 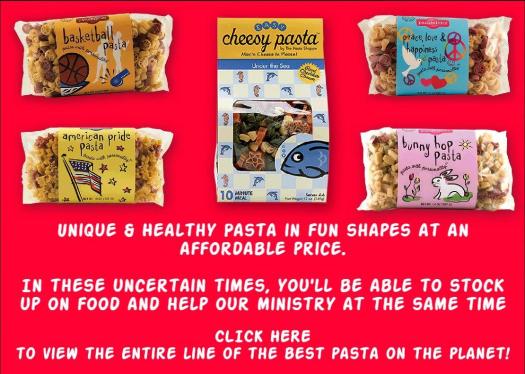