(Natural News) The World Health Organization has announced that Europe is now the “epicenter” of the global coronavirus pandemic.

WHO Director-General Dr. Tedros Adhanom Ghebreyesus said in a press conference that this is because more cases are being reported outside of China than in the coronavirus’ country of origin.

“Europe has now become the epicenter of the pandemic, with more reported cases and deaths than the rest of the world combined, apart from China… More cases are now being reported every day than were reported in China at the height of its pandemic,” said Dr. Tedros.

Dr. Tedros continued to say that every country in the world now needs to enact a more “comprehensive approach” to combating the spread of the coronavirus.

As of press time, the Johns Hopkins University’s Coronavirus Resource Center reports that there are now 145,369 confirmed coronavirus cases, including 5,429 deaths and 71,694 recoveries. While China still has the most reported cases by far, at 80,971, the rest of Europe is steadily catching up.

WHO director general: “Europe has now become the epicenter of the pandemic.” 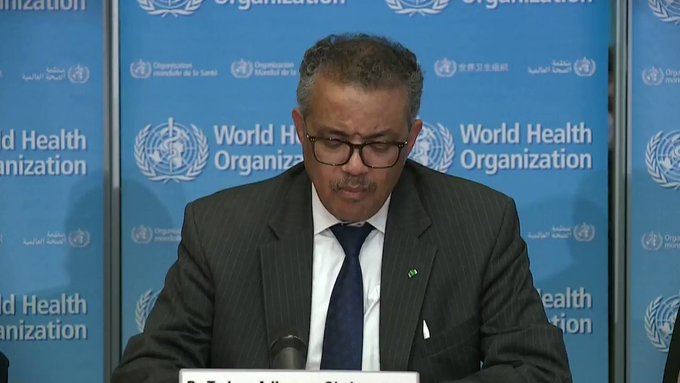 5,721 people are talking about this

On Wednesday, the WHO declared that COVID-19 is now characterized as a pandemic. European countries are reporting more cases each day, and each country is reacting differently to the spread of the disease.

Italy, which is the hardest-hit country in the world other than China, has been put under a national lockdown. The country reportedly has 17,660 cases, including 1,266 deaths. Under the rules of their lockdown, travel will only be allowed for people who have an “urgent reason.” Most businesses in the country, except for groceries and pharmacies, were ordered to close until April 3, and professional sporting events have been suspended. According to the Italian Foreign Minister, Luigi Di Maio, anybody who defies the lockdown and heads outside without a permit will either be fined or face criminal charges.

Spain, the second hardest-hit country in Europe, has 5,232 confirmed cases, including 133 deaths and 193 recoveries. The country has suspended its congress, from convening for at least a week after several ministers of parliament (MP) tested positive for COVID-19. All flights to and from Italy have been canceled until March 25. All schools and universities in the country have been closed, and all public events that involve more than 1,000 people have been banned.

Germany, the third hardest-hit country in Europe, has 3,675 confirmed cases, including eight deaths and 46 recoveries. The country has tightened border control checks, with health authorities being given the discretion to decide whether or not anybody exhibiting COVID-19 symptoms should be quarantined. Several states have closed down schools and canceled events that include more than 1,000 people, following recommendations from the federal government. (Related: German chancellor Merkel warns 70 percent of Germany now at risk of being infected by the coronavirus.)

France, which has 3,667 confirmed COVID-19 cases, is focusing its efforts on detecting coronavirus cases. Non-essential surgical operations have been delayed to prioritize the attention of medical workers to COVID-19 patients. French citizens returning from China, Iran, northern Italy, Singapore and South Korea will immediately be placed under quarantine upon their arrival. Gatherings that involve more than 1,000 people have been banned unless they are “essential to the life of the nation.”

Many more countries around Europe are experiencing the deadly effects of the pandemic: Denmark has shut down its schools and “indoor public cultural institutions” such as libraries. Sweden is ordering anybody who exhibits flu-like symptoms to self-quarantine, while Austria and Greece are ordering people who have recently traveled to affected countries to go into isolation.

“Any country that looks at the experience of other countries with large epidemics and thinks that won’t happen to us is making a deadly mistake,” said Dr. Tedros, “it can happen to any country.” (Click to Source) 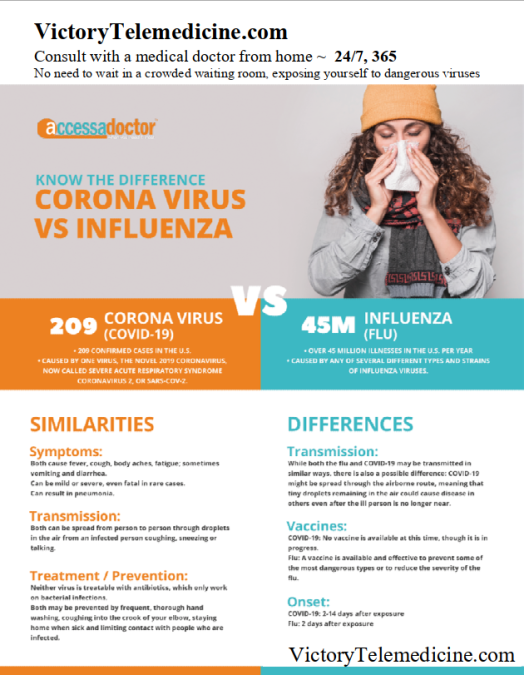