A RUSSIAN reconnaissance plane has been shot down above the war-torn Syrian province of Idlib as a Turkish-backed operation against forces loyal to President Bashar al-Assad gets underway.

By SIMON OSBORNE
Initial reports suggest the £7 million aircraft was brought down by Syria’s Turkish-backed National Army. There are also reports the revolutionary faction had destroyed two Syrian government tanks during violent clashes.  The latest developments bring NATO member Turkey and Russian-backed Syria close to the brink of direct confrontation a day after President Recep Tayyip Erdogan warned the launch of a new military operation was imminent.

In Geneva, the United Nations refugee chief called for a halt to the fighting to allow hundreds of thousands of trapped civilians to move to places of safety.

Russia and Turkey back opposing sides in the nine-year-old conflict. The Kremlin, which has supported Mr al-Assad’s push with air strikes against the rebel militia, said a clash between Turkish and Syrian forces would be a “worst-case scenario” and Russia would work to prevent the situation from worsening.

Syrian troops supported by Russian warplanes and special forces have been battling since December to eradicate the last rebel bastions in Idlib and Aleppo provinces in what could be one of the final chapters of the bloody civil war.

But has Turkish troops took up strategic positions across Idlib, Mr Erdogan said he would not leave the region “to the devices of the Assad regime”.

The Turkish leader told MPs: “Turkey has completed preparations for the implementation of its plan on Idlib, just like we did with previous operations.

“Frankly speaking, an operation in Idlib is only a matter of time.

“Turkey won’t leave Idlib to the devices of the Assad regime.”

Tensions in Idlib have escalated further since Turkey and Russia  failed to reach an agreement after two rounds of talks in the last two weeks. 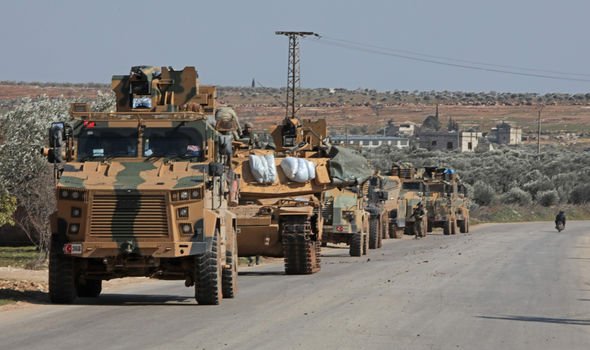 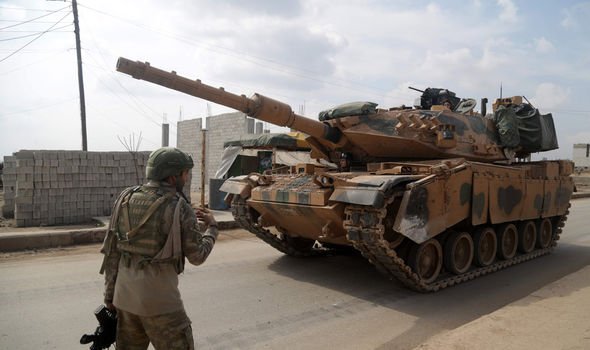 The fighting also involved supporters of the Jabhat al-Nusra group which outlawed in Russia.

A Syrian government offensive to eradicate the last rebel strongholds in northwest Syria has led to some of the most serious confrontations yet between NATO member Ankara and Damascus, and prompted Turkey to send thousands of troops and convoys of heavy weapons to the border area.

Turkey has taken in about 3.7 million Syrian refugees since the war started and says it cannot handle any more over its border, which is now closed.

The United Nations says more than 900,000 people, mostly women and children, have fled their homes in Idlib since early December.

A Turkish official said recent talks with Russia had not been “completely without a result” and that the discussions had moved forward without reaching a final decision.

The official said: “Russia has maintained its position that Turkey withdraws from Idlib and evacuates its observation posts since the beginning. 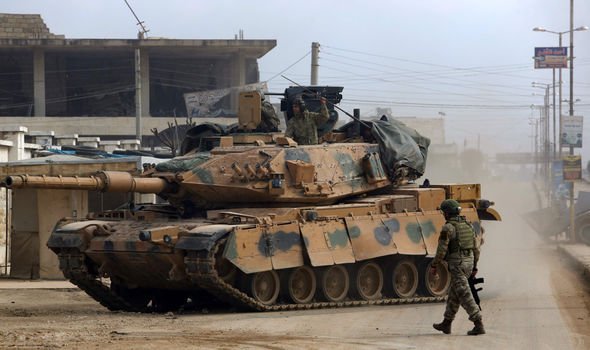 “Withdrawing from Idlib or evacuating the observation posts is not on the agenda.”

“Various exercises are being discussed. For example, ensuring security through Turkish and Russian security officials and holding joint patrols could be possible.”

The Turkish Defence Ministry said this afternoon: “As a result of an air attack on our elements in the Idlib region to provide a truce, two of our hero gunmates were martyred and five of our hero gunmen were injured.

“The determined targets have been put under fire and continue to be taken.” (Click to Source)