A Democratic Senate candidate has unveiled the guillotine as her campaign’s new logo to symbolize the “very serious problems with our government” that must be addressed “before a violent uprising becomes inevitable.”

Bre Kidman, the Senate candidate of Maine challenging Susan Collins in November, and a self-described “non-binary” socialist, said the execution apparatus was the perfect symbol to represent her party’s upcoming war with the Republicans and the wealthy.

“We’re not going to start a guillotine in Monument Square (in Portland) and start beheading people,” Kidman told the Portland Press-Herald last week.

I was gonna wait until tomorrow to show off these beauties, but Trump got acquitted and I feel like folks could use something to look forward to. So.

Get ready for Merch-You-Can’t-Buy! You shouldn’t buy elections, so you can’t buy our locally silk screened, upcycled merch. 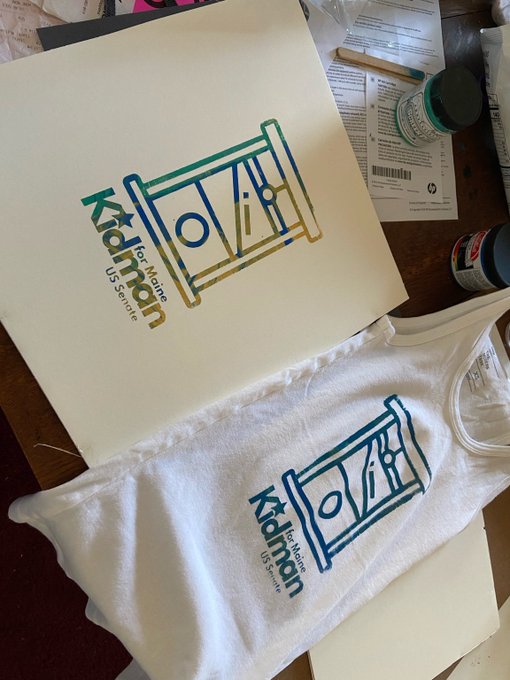 1,020 people are talking about this

“It’s a symbol of the work we have to do to overcome flaws in our system – flaws that have become deeply evident in the last few weeks,” she added, presumably referring to President Trump’s acquittal by the Senate.

Kidman also explained that the guillotine, used for the Reign of Terror during the French Revolution, was chosen as a reminder that a “violent uprising” would be inevitable if Democrats failed to push their socialist agenda through.

“A guillotine t-shirt reminds others about it in hopes that we’ll all be motivated to address the very serious problems with our government before a similarly violent uprising becomes inevitable,” said Kidman, who recently endorsed Sen. Bernie Sanders for president.

I’m aware of the French Revolution, and how the story ends. A guillotine t-shirt reminds others about it in hopes that we’ll all be motivated to address the very serious problems with our government before a similarly violent uprising becomes inevitable.

281 people are talking about this

When faced with backlash on Twitter, Kidman tried to clarify who the guillotine was for: the rich.

Who is the guillotine for?

More of a “what.” The guillotine is for the plutocratic & kleptocratic norms that have undermined our democratic process.

We have to develop ways to subvert the stranglehold of wealth on our government. There will not be a more convenient revolution. The symbol is a reminder.

55 people are talking about this

As we reported, the far-left is determined to bring violence to the streets should they fail to enact their extreme socialist agenda.

“Germany had to spend billions of dollars re-educating their fucking people to not be Nazis,” said Iowa staffer Kyle Jurek. “We’re probably going to have to do the same fucking thing here.”

“That’s kind of what all Bernie’s whole fucking like, ‘hey, free education for everybody’ because we’re going to have to teach you to not be a fucking Nazi,” he added.

Will the Democratic Party disavow?