APOCALYPTIC footage has shown the terrifying moment drivers in Kenya were descended upon by billions of locusts sparking further panic among east African countries.

By GERRARD KAONGA
Dozens of African nations including, Ethiopia, Kenya, Somalia and Uganda have been invaded by enormous swarms of desert locusts. This has raised fears on surrounding food security as the pests have been known to decimate crops in short periods of time. The video footage shows the shock and surprise as the skies darken due to the locusts covering the sky.

The infestation in Kenya is being considered the worst in 70 years whereas Somalia and Ethiopia are experiencing the worst outbreak in 25 years.

The UN has warned against the locusts and insisted the risk to crop production and food security will put millions of lives at risk.

Under-Secretary-General for Humanitarian Affairs and Emergency Relief Coordinator Mark Lowcock spoke to African ambassadors during a briefing at UN Headquarters on the severity of the issue earlier this week.

He said: “In this region, where there is so much suffering and so much vulnerability and fragility, we simply cannot afford another major shock. 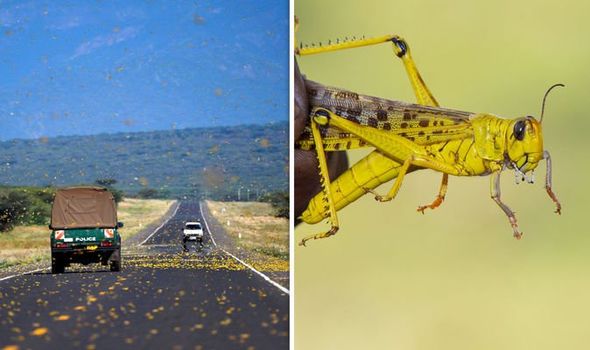 “That is why we need to act quickly.

“We do have a chance to nip this problem in the bud, but that’s not what we’re doing at the moment.

“We’re running out of time.”

The horde of estimated 360 billion insects were spotted crossing into the Karamoja border region in the northeast of Uganda by border officials who sounded an alarm. 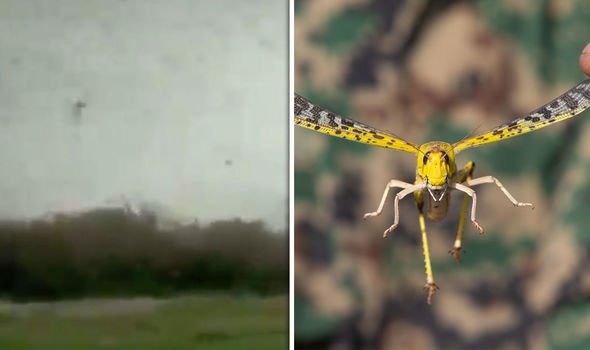 Somalia has already declared a state of emergency due to the damaging loss of vital crops which the insects have munched their way through.

The United Nations has insisted they have protocols to help contain and monitor the problem across the countries. (Click to Source)