Driver says he was ‘left speechless’ by power and beauty of sight; Israeli Astronomical Association says dozens of sightings also reported from Lebanon and Cyprus

A large meteor lit up the night sky over Israel with a blue flash so bright it was seen in neighboring Lebanon and Cyprus.

One witness was driving along Route 6 on Tuesday evening when suddenly he saw a blue ball flash through the sky. He later discovered his dashboard camera had captured the sight.

The man, who identified himself as Ori, told Channel 12 that he quickly stopped his car on the side of the road to rewatch it.

“The whole sky was blue. The video does not do justice to the beauty and power of what it was. I was left speechless,” he told Channel 12. 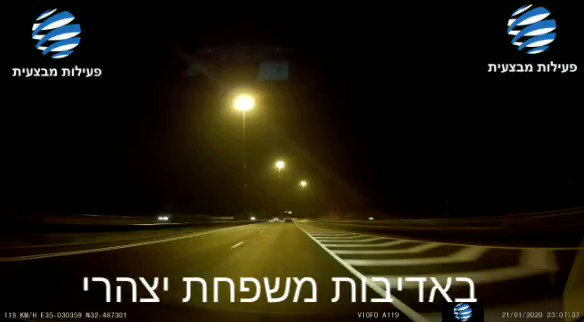 71 people are talking about this

The Israeli Astronomical Association said there had been 144 reported sightings of the meteor in three countries.

The IAA said that based on the number of sightings, the object was probably very large and part of it may have survived its fiery descent through the atmosphere. (Click to Source)