Instead of celebrating the anniversary of Margaret Court’s incredible Grand Slam achievement, Australian tennis bosses are shamefully sidelining one of their nation’s greatest ever sportswomen.

This year marks the 50th anniversary of Court’s achievement of winning all four Grand Slam titles – the Australian Open, the French Open, Wimbledon and the US Open – in a calendar year.

Court is one of only three women ever to accomplish that feat, and her overall haul of 24 Grand Slam titles, accumulated in the 1960s and 1970s, remains a record for women’s or men’s tennis.

Court was known as a tough but fair competitor; someone who gave her all in pursuit of glory while representing her country. She is a tennis legend whose achievements remain remarkable even half a century later.

And yet rather than celebrate that fact at this year’s Australian Open in Melbourne, Tennis Australia (TA) chiefs have reduced Court’s presence at the tournament – which she won an astonishing 11 times – to a mere inconvenient sideshow because of her gay marriage and transgender views.

Those beliefs are expressed in Court’s post-tennis vocation as a Pentecostal preacher. Court retired from from tennis in 1976 and became a minister in 1991, and four years later founded the Victory Life Centre church in her native Perth.

Given her devout beliefs, it’s perhaps unsurprising that Court, 77, has preached strong views on gay marriage and transgender issues.

“I believe in marriage as a union between a man and a woman as stated in the Bible,” Court wrote in a letter to Australian airline Qantas back in 2017, announcing she would boycott the carrier because it had actively promoted same-sex marriage.

Court has also made the headlines for describing tennis as being “full of lesbians,” while at a recent sermon at her church in Perth she questioned how children could make decisions on gender issues.

“Children are making the decision at seven or eight years of age to change their sex,” Court said.

“Just read the first two chapters of Genesis, that’s all I say. Male and female.

“And you know with that LGBT, they’ll wish they never put the T on the end of it because, particularly in women’s sports, they’re going to have so many problems.” 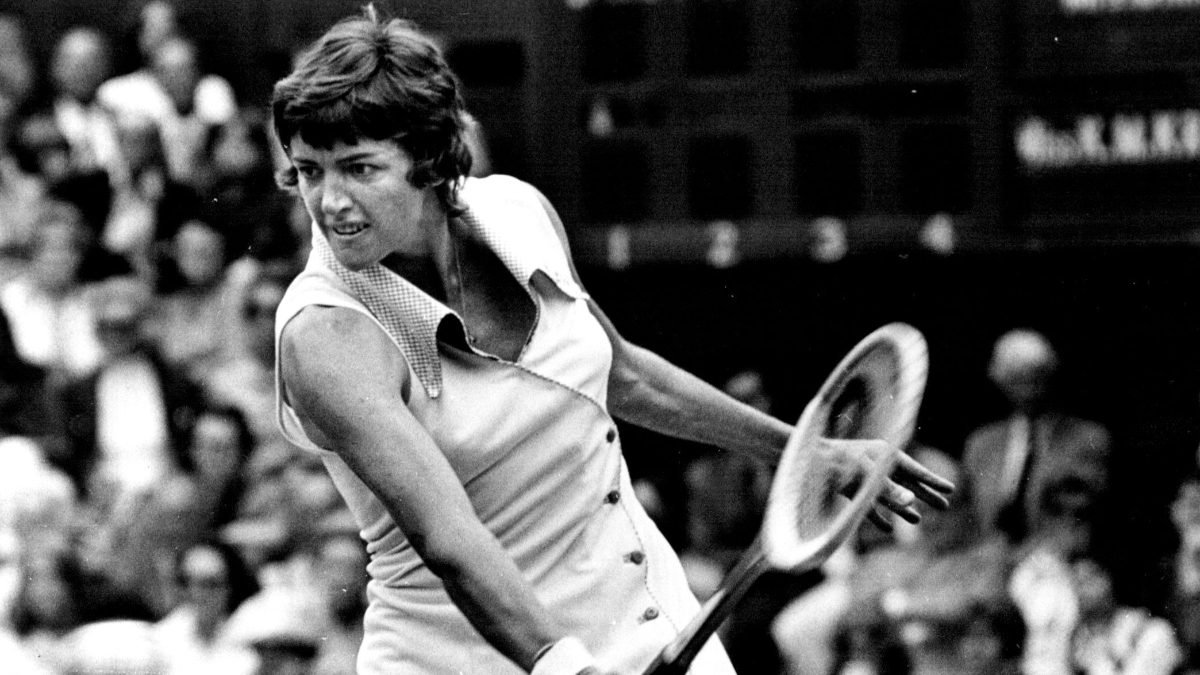 These views have caused Tennis Australia to state last year that while Court would be attending the Australian Open in 2020, her calendar Grand Slam anniversary would merely be “recognized” rather than “celebrated.”

“Tennis Australia respects Margaret’s unmatched tennis career and welcomes her to the Australian Open, particularly in this milestone anniversary year,” a TA statement read – before adding weasel-worded caveats and disclaimers that essentially diminished any notion that the welcome Court received would in any way be wholehearted.

“As often stated, Tennis Australia does not agree with Margaret’s personal views, which have demeaned and hurt many in our community over a number of years. They do not align with our values of equality, diversity and inclusion,” it proclaimed.

Court’s four children responded with a joint statement expressing their disappointment that their mother was effectively being treated as an awkward guest at a venue which, through her performances, she made her own for more than a decade.

“Mum has always been very Bible based in her Christian beliefs and that is the reason why we have such a strong loving family,” they said.

“It is hard for her family to understand how her current lifestyle would possibly affect her Tennis career in any way.

“It is disappointing to see Tennis Australia in the Open Letter amalgamating her sporting career which she won for the nation.”

Indeed, given Court’s religious beliefs – and arguably even the generation she grew up in – are these views really so radical as to warrant the ostracism from tennis that so many seem to crave?

And more importantly, are they even relevant considering that an event such as the Australian Open should stick to honoring tennis achievements, rather than pitching itself as a social justice warrior and pandering to various activist groups?

The short answer is no.

But this is not the first time Court has faced criticism and calls for tennis to shun one of its own because of her beliefs.

There have been frequent calls for The Margaret Court Arena, named in her honor at the Melbourne Park tennis complex, to be renamed. Those clamoring for that step include fellow tennis icon Martina Navratilova – a prominent gay rights campaigner and someone who is wont to spout her own left-wing political views endlessly on her social media accounts.

Australian Open organizers have, thankfully, resisted those calls so far, but as one sports show host in Australia recently quipped, they seem prouder of the opening a transgender toilet at Melbourne Park than they do of welcoming Court there this year. 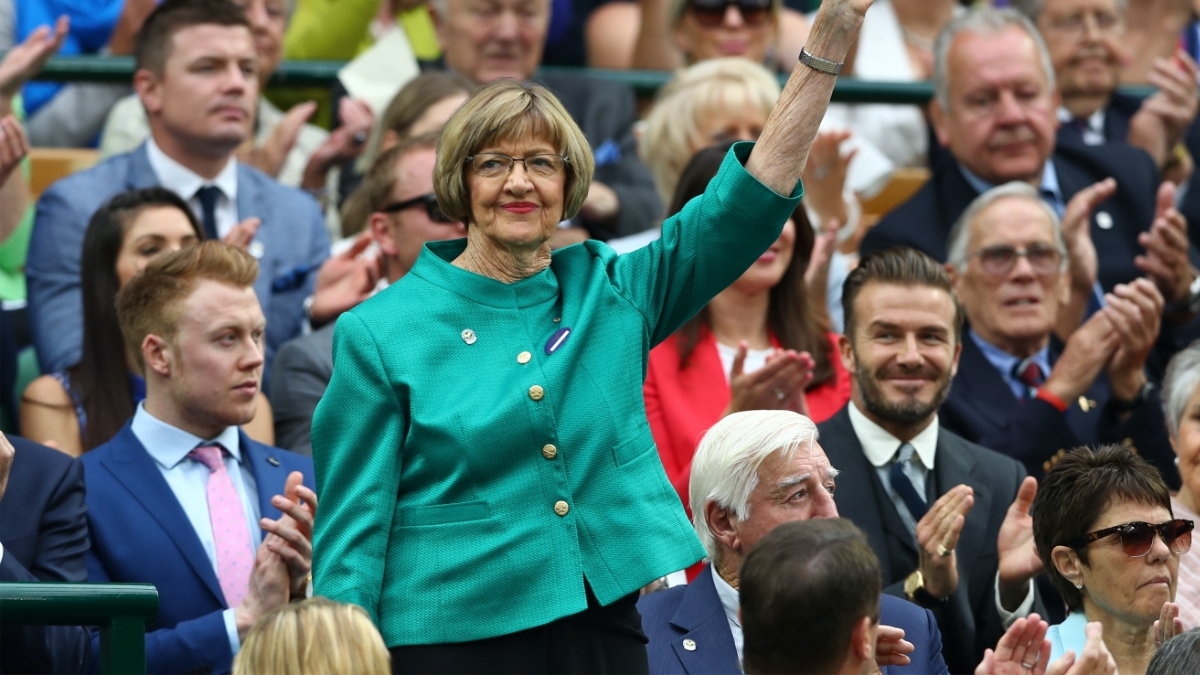 Court’s fellow Australian Rod Laver achieved a calendar Grand Slam twice during his gilded career, and the anniversary of his 1969 achievement was “celebrated” (not merely “recognized”) at the Australian Open last year.

Court can expect much a much more muted occasion for a ceremony set to mark her own achievements on Monday.

Yes, Court’s views may be unpalatable for many who scrutinize them through the prism of modern, liberal Western values; but to Court, her beliefs have an unwavering religious foundation.

Indeed, in Australia’s vote for same-sex marriage in 2017, 38.4 percent voted against the step. Does that mean any and all achievements from that proportion of the population should also be cancelled?

Court has frequently asserted that she has “nothing against homosexual people, they can lead their lives, but don’t touch marriage.”

She also claims has got into trouble simply for “saying what the bible says.”

Court attended the opening day of play in Melbourne last week, and says she will be there on Monday to mark her calendar Grand Slam achievement. 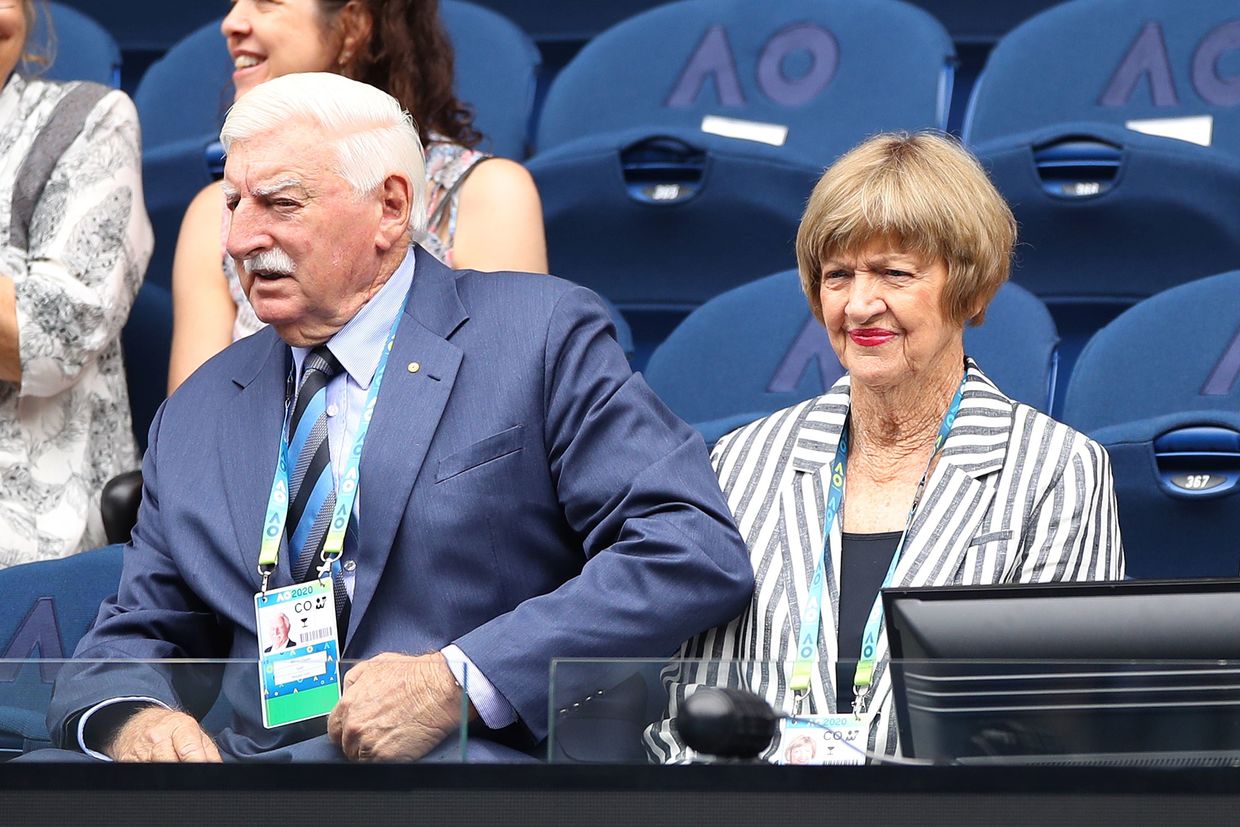 Court has said that “it’s not a lot but it’s good what’s happening,” and has called on the media to focus on her sporting achievements, rather than the surrounding furor over her treatment by the tennis authorities.

When asked about how fans will receive Court, Tennis Australia boss Craig Tiley has said he would “leave their response up to them.”

Sadly, Australian tennis bosses appear to have lost sight of that, contorting themselves into knots as they attempt to display their woke credentials and bending over backwards to pander to certain groups.

Their disclaimers and caveats have, ironically, caused resentment and division when there was no need for any.

So let’s hope that when Court appears to honor her achievements on Monday she is treated with the dignity and respect she is due as one of her nation’s and her sport’s finest ever sportspeople.

Her achievements remain undiminished even 50 years on; far more than being recognized, they deserve to be celebrated. (Click to Source)