An Iraqi Christian who said Jesus appeared to him twice in his dreams recounts being imprisoned by ISIS, tortured and burned three times by the terrorist group.

The man, a Yazidi, recounts his harrowing story in a documentary by Sean Feucht and Bethel Music.

“The Yazidis… were really targeted by ISIS for genocide…they were raped, they were beaten, they were executed,” Feucht told Fox News. “ISIS didn’t even want to imprison them, they just wanted to kill them, wipe them off the map.”

Feucht interviewed the man, who was not named, through his non-profit, Light A Candle Project, which goes into all parts of the world but primarily Iraq, where the Islamic State was at the height of its brutality, to help people who’ve experienced some of the world’s worst suffering. 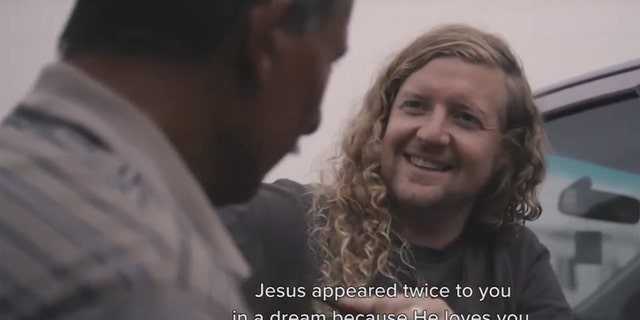 Sean Feucht, the founder of The Light A Candle Project, told an Iraqi Christian who was tortured by ISIS that Jesus appeared to him in his dreams because he loves him. His story was their first supernatural encounter documented in an upcoming documentary with Bethel Music called “Heart and Hands: Iraq.” (Bethel Music)

The Yazidi man says he was burned alive three times by ISIS after they found out he was a follower of Christ. He said his body “didn’t burn” a single time when he was imprisoned and tortured by the radical Islamic terrorists for two months.

“He spoke to me,” the persecuted Christian shared, referencing Jesus in his dreams.

Feucht told him: “Jesus appeared twice to you in a dream because He loves you.”

The man said he was stoned and ISIS members drenched him in 20 gallons of gasoline. But even though he was burned alive, he said he inexplicably survived unharmed. He credited Jesus for surviving.

The Iraqi Christian’s story is one account from the upcoming documentary film “Hearts and Hands: Iraq” that is expected to be released later this year. A preview was shown at the “Heaven Come” conference in Los Angeles.

Feucht said it shows what persecuted Christians go through overseas.

His group recently raised over $100,000 to distribute food, blankets, mattresses, and other materials, as well as offering trauma therapy counseling and kids programs, teaching music, and praying with persecuted Christians in the region where Christianity once flourished but is now near extinction, according to faith leaders.

“I feel like we’re really called to the most persecuted, closed, dark, marginalized places,” he said. Over the past 15 years, the Bethel Music worship leader has gone into North Korea, India, Afghanistan…”some of the topmost closed countries and places where it’s illegal to be a Christian,” he said. But they said they’ve seen and heard stories of incredible miracles. 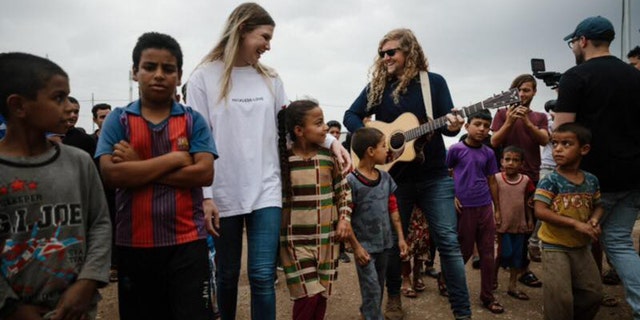 Feucht said he is encouraged by the growth of the church in Iraq, China, and India, places where it is most persecuted.

“Our team’s in Iraq right now, and the U.S. State Department just sent out this notification that said ‘All US personnel leave Iraq’ and all the NGOs left but our guys are still there. We were there through ISIS. We’ve been there through the worst of the worst,” Feucht said. “Everyone thought we were crazy. Right as everyone was leaving, we came in, and because of it, we have a thriving, flourishing project there.”

For Feucht, mission work is in his family’s DNA, as the son of medical missionaries who took him on trips to unreached people and remote places, he has seen what most Americans Christians, who make up just 5 percent of the global Christian population, don’t get to see.

“We want to re-define missions for a generation to where we’re actually the first ones to respond,” Feucht concluded. “That’s the essence of the gospel to go into places where no one else is willing to go.” (Click to Source)

One thought on “Iraqi Christian survives being burned alive by ISIS 3 times: ‘[Jesus] spoke to me’”