The Met Police have changed their narrative on the arrest of a Christian street preacher last month after an investigation was launched into their conduct.

While police originally claimed they had walked the preacher some 200 meters away and then let him go, they now admit that they drove him away in a car, dropping him off several miles away.

“As the man indicated that he wished to continue his activities at Southgate tube station, officers felt it necessary to take the man some distance from the station in order to prevent a breach of the peace at that location,” police stated.

On February 23rd, police arrested Oluwole Ilesanmi, a Pentecostal Christian who was preaching outside the Southgate underground station, handcuffing him and confiscating his Bible. They later let the man go without charging him for any crime.

Mr Ilesanmi claimed he was driven to an unfamiliar place far away and left without money to get home, a claim the police originally denied. 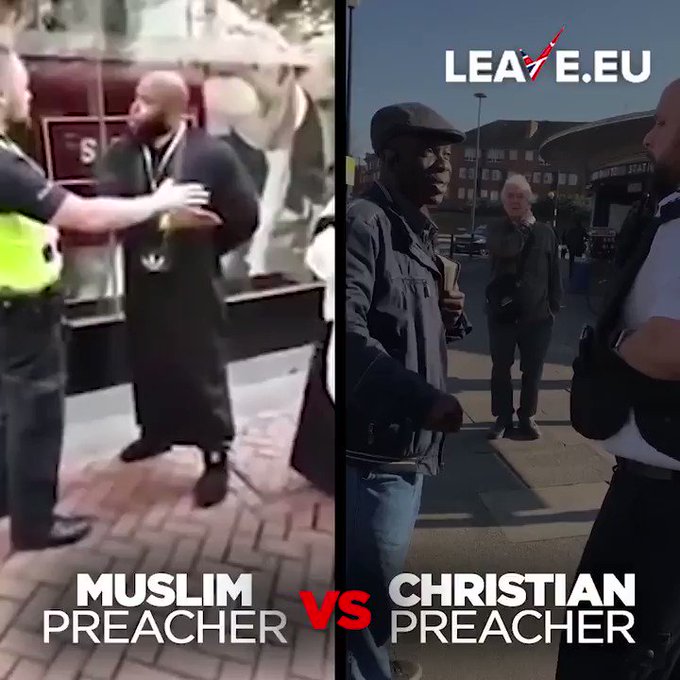 A viral video of the arrest viewed over 2.3 million times stirred up a public outcry and the advocacy group Christian Concern took up the man’s case.

In their report, the arresting officers said they had apprehended Mr IIesanmi “to prevent a breach of the peace” yet many believe the video footage of the event shows no hostile or aggressive conduct by Mr Ilesanmi.

In the verbal exchange recorded in the two-minute video, one of the officers tells the preacher, “we are going to require you to go away,” or “I will arrest you for breach of peace.”

To this, Mr Ilesamni said, “I will not go away because I need to tell them the truth. Jesus is the only way, truth and life.”

“Nobody wants to listen to that,” the policeman replied.

In early March, the Metropolitan Police directed its Professional Standards Unit to begin a review into the arrest in the face of extensive criticism.

According to Chief Superintendent Helen Millichap, two officers responded to a 999 call from a member of the public who claimed that Mr. IIesanmi had made “Islamophobic” remarks. The arresting officers said a second witness “supported the allegations made by the original caller.”

Ms MillichapIn said that the officers deemed it appropriate to remove Mr Ilesanmi from the area, saying that the preacher’s activities were “perceived as being a potential hate crime.”

During the arrest, one of the of officers can be heard telling the Nigerian “you should have thought of that before being racist” as he pleads with them not to take his Bible away.

According to Hounslow-based Sergeant Dave Turtle, this sort of heavy-handed approach to Christians is too familiar, and police officers need better training to understand the rights of street preachers.

Turtle has called for a “fundamental review” of training for faith issues across for police since “we’ve had a number of situations across the country where street preachers have been arrested and then de-arrested.”

Observers have noted that Muslims seem able to evangelise throughout London without being accosted, threatened, or silenced. (Click to Source)