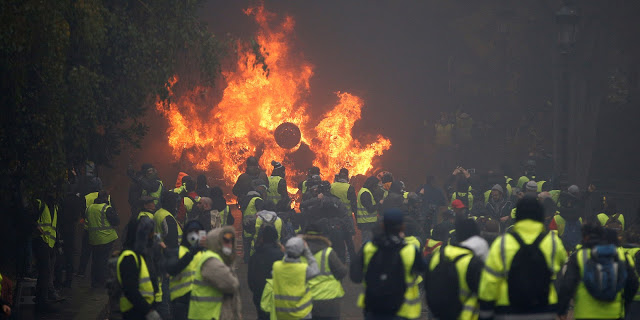 It feels like we’re standing on the precipice, so buckle up.  The burgeoning Yellow Vest Movement in France seems to be morphing into popular resistance.  Macron remains AWOL and hasn’t made any appearances in the last few days.

On top of that, according to the Associated Press, the movement has spread to the Netherlands and Belgium (the European Union’s seat of power).  Riots are also spontaneously developing in Greece.

When creatures are backed into a corner they can suddenly do very dangerous things.  Surely the leaders of the U.N./E.U./globalist enterprise feel they are backed into a truly precarious corner in which they will not survive if they don’t come out swinging.

Perhaps with clever subterfuge Macron will gather power in the E.U. countries still driven by diehard continental federalists (maybe that’s what he’s doing as I write this, which might explain his present absence).  Merkel and others have been all-to-eager to support Marcon’s 10-nation alliance and his other endeavors.  On the other hand, what if he really doesn’t survive this?  We could be looking at an even bigger tumult among Europe’s despondent citizens, one that spreads across the whole continent.  It will be the perfect storm into which the man of lawlessness will arise.  A certain supernatural event will grow that storm into a typhoon.

Intriguingly, Jaco Prinsloo noticed that The Economist’s 2017 edition displayed cards on its cover reminiscent of the 1982 Illuminati Card Game.  One of those cards called “The Hermit” shows a massive protest march against globalism and the E.U.  The marchers are yellow, perhaps wearing yellow vests.  And the specific alignment of stars closely resembles the constellation Leo with a crescent moon at its tail.  The stellar alignment conceivably occurred last weekend just as the Yellow Vest Movement was exploding. 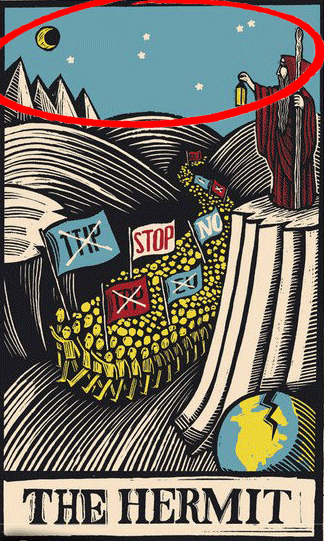 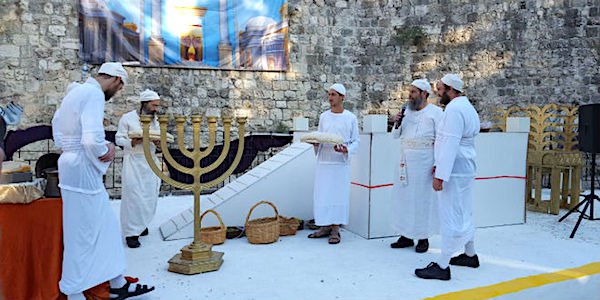 I’m beginning to think this concept of seven years of plenty followed by seven years of the Tribulation (famine) may hold real water.  [Speculating here: the 2014 to 2021 range would be the “plenty” and 2021 to 2028 would be the Trib.  The Trib would end precisely in the year of Israel’s 80th anniversary (max length of a generation), which also happens to be the 2,000th anniversary of the beginning of Christ’s earthly ministry, in which He declared the Jubilee.  Our Blessed Hope may transpire anytime between now and 2021 and the heavenly signs may have been 3.5 year warnings.  There is a whole lot more that could be unpacked on this, but time doesn’t permit me.  Stay tuned!] (Click to Source)

~ MARANATHA ~
24/7, 365 access to a board certified medical doctor, by phone or video. One low monthly cost of $12.95 for an individual plan or $19.95 for a family plan. No extras! No added consult fees! All inclusive! Visits are anytime, day or night and holidays. Cancel anytime. No one should ever be without this plan and everyone can afford it. This special pricing is for my readers here.