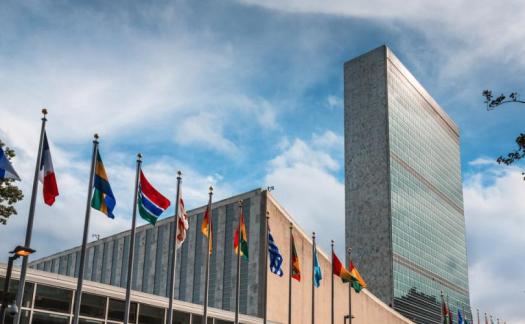 July 20, 2018 (C-Fam) – UN agencies are working with abortion groups to make abortion part of sexual and reproductive health policies and programming everywhere and for all, in opposition to U.S. President Donald Trump’s pro-life efforts and the consensus of the UN General Assembly.

In a Lancet article provocatively titled “Defining sexual and reproductive health and rights for all,” the head of the World Health Organization, Tedros Adhanom Ghebreyesus, and the head of the UN Population Fund, Natalia Kanem, gave a full-throated endorsement of a Lancet-Guttmacher report that promotes abortion and homosexual rights under the rubric of “sexual and reproductive health and rights.”

The article by Ghebreyesus and Kanem shows UN agencies are willing to promote abortion alongside the abortion industry, and on the terms set by the abortion industry. It is a direct challenge to congressional and executive U.S. funding restrictions on abortion, as well as the pro-life foreign policy of the Trump administration.

Just the title of the article is intended to close any debate about what sexual and reproductive health might include. According to the Lancet report, it includes abortion, transgender hormone therapy, surrogacy and other artificial reproductive technologies.

This flies in the face of the notion that every country may legislate on abortion as it sees fit, as the General Assembly agreed at the 1994 International Conference on Population and Development held in Cairo.

Few member states would have accepted the inclusion of abortion in UN policy at all in 1994, if not for such an ambiguous definition of “sexual and reproductive health.” In fact, UN agencies like the UN Population Fund have often told member states that each country can define the terms as they prefer. In an about-face, they are now saying the term was never up for member states to define.

While the 1994 agreement included abortion in its definition of sexual and reproductive health, it does not consider it to be an international reproductive right, thereby allowing governments to take different positions on abortion. In fact, the agreement casts abortion in a negative light.

According to the Cairo Platform for Action, governments must help women avoid abortion and must not promote abortion. The agreement states that abortion is a subject to be dealt with exclusively in national legislation without the interference of international agencies. And it presumes that countries will opt to outlaw abortion in most or all circumstances and that only “where legal, it should be made safe.”

In recent UN negotiations, the U.S. delegation vigorously defended this framework and has insisted on preserving it. While ambiguous, and even esoteric to some, this framework has stopped the development of an international right to abortion and denies UN agencies a mandate to promote access to abortion and changes in abortion laws.

Campaigners for an international right to abortion have tried in many ways to move beyond the Cairo document. Abortion groups and UN agencies have exploited the ambiguity surrounding abortion in the Cairo agreement to promote the notion of “safe abortion” for many years, but in recent years, they have ramped up their advocacy for abortion. (Click to Source)

Published with permission from C-Fam.