Israeli fighter jets have carried out strikes against Hamas targets in the Gaza strip, in response to the violence and “terrorist acts” the group instigated at the border, as well as cross-border rocket launches, the IDF said.

“Tonight, IDF fighter jets targeted an attack terror tunnel in southern Gaza, in addition to several terror sites throughout Gaza, among them complexes used to prepare arson terror attacks and a Hamas terror training facility,” the IDF said, posting a video of the strike. 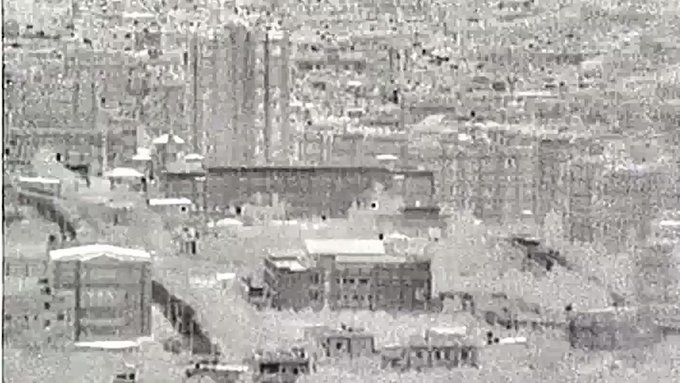 The strikes, the army said, were conducted in response to Hamas-instigated violence along the security fence at the Israeli-Gaza border, and to the cross-border arson attacks which, the IDF claimed, damages Israeli land on a daily basis.

During the Israeli raid, Hamas militants reportedly retaliated by launching 17 rockets, five of which were intercepted by the Iron Dome missile defense system. An additional 14 mortar shells were launched by militants throughout the night, one of which was intercepted by the air defenses. “Hamas is responsible for the events transpiring in Gaza and emanating from it and will bear the consequences for its actions,” the IDF said.

When the sirens sounded in the Eshkol and Esdot Hanegev Regional Councils, the families woken up in the middle of the night only “had seconds to run to bomb shelters,” the IDF added, without elaborating on whether any of the Hamas projectiles caused any damage.

Earlier in the day, during the weekly Great March of Return protest, an IDF officer was moderately injured by a grenade thrown from the Gaza Strip. The Israelis retaliated with live fire, killing a Palestinian teen and injuring 220 others throughout the day, Wafa reported. In the 100 days since the weekly rallies began, at least 138 people, including 19 minors, were killed. Around 15,000 protesters have been injured since March 30. (Click to Source)