MORE than 20 police, fire and rescue vehicles descended upon the area around Yellowstone supervolcano this week to prepare for what could be a “life or death” emergency.

Yellowstone National Park Public Affairs confirmed that there could be a supervolcano eruption imminently – and that they were putting themselves through their paces so that they were ready for any eventuality.

Spokesman Morgan Warthin said: “Every opportunity like this, every training opportunity reveals both where our strengths are.

“But also how we can improve.”

Mr Warthin knows that emergency services will need to be absolutely prepared if a catastrophe strikes near Mammoth in Yellowstone National Park.

A model bus crash was simulated for the first time in several years, in order to steel emergency workers for a crisis.The exercise took place on a discreet road behind employee housing in order to minimise local disturbance, while the simulation was underway.

The Yellowstone spokesman also discussed the challenges his team will face if there is a supervolcanic eruption at Yellowstone.

He said: “You know, the number one challenge is we are remote, so it takes a while to get to Yellowstone.” 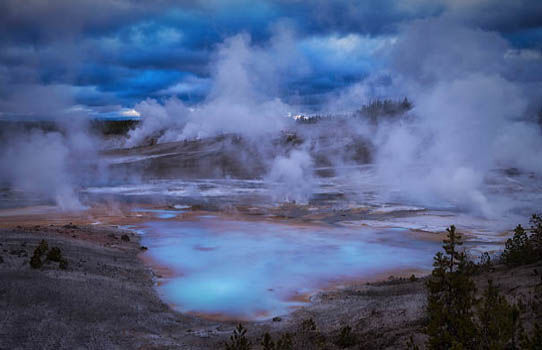 During the simulation, family members of park employees, Xanterra employees and residents of Gardiner gave up their time to play the role of victims in the exercise.

When the test run began, responders from eight different agencies inside and outside the park dealt with the situation well.

This encouraged all involved in the simulation, as there is rarely any telling when Yellowstone might erupt.

The park service made the announcement about the world’s tallest active geyser in March, as geologists compared the accounts to thermal sensors in the area.

It was determined that it “could be a series of minor eruptions”.And Meteorologist Tom Skilling told WGN news: “Minor earthquakes occur in the Yellowstone area 50 or more times per week, but a major eruption is not expected in the foreseeable future.”

Steamboat Geyser is in the Norris Geyser Basin, which is closed to vehicle access at the moment for spring plowing.

Meanwhile earlier this year seismologists from UNAVCO, a nonprofit university-governed consortium, revealed the volcano was “under strain”. 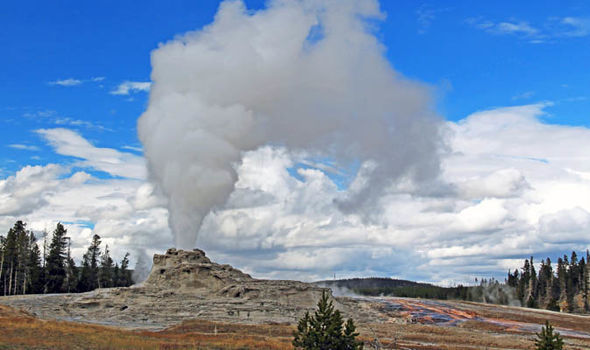 Using Global Positioning System, borehole tiltmeters, and borehole strainmeters to measure minute changes in deformation at Yellowstone, David Mencin and Glen Mattioli said “the strain signal is larger than would be expected if the crust under Yellowstone were completely solid”.Mr Warthin added: “I think the lesson for visitors who come to the park is to know that safety always is our first priority, but given that the park is remote, the roads, the roads are not like a highway, like [Interstate] 90,

“You can’t travel as fast on those roads. So, often the response is going to take a little bit longer. (Click to Source)

CLICK HERE or the finest faith based personalized and compassionate addiction recovery program – right from the comfort of your home.
CLICK HERE for Silver Sol – the natural alternative for stealth immunity protection from sickness and viruses.