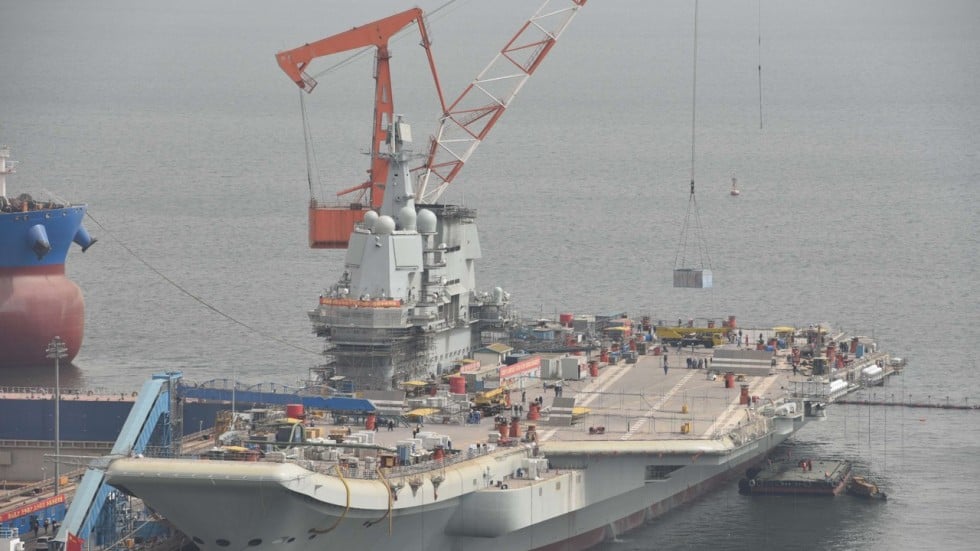 China’s first home-built aircraft carrier, the Type 001A, will embark on her maiden sea voyage in the northeastern Bohai Sea later this month, sources close to the military said.

“Beijing will arrange a celebration for the first sea trial because the Type 001A was the first aircraft carrier fully designed and produced by Chinese shipbuilders,” one of the sources told the South China Morning Post, adding the maiden trial was likely to be carried out just before the 69th anniversary of the founding of the PLA Navy on April 23.

“The specific sea trial day will be decided by hydrological and tidal conditions, with a high tide level being the best criteria.”

Recent online photos showed the carrier, which was launched on April 26 last year, with the scaffolding removed following outfitting work.

Last month, Liu Zheng, chairman of Dalian Shipbuilding Industry Corporation (DSIC), confirmed at sideline of the annual National People’s Congress that the Type 001A was ready for sea trials.

Another source close to the navy said the trial would test the ship’s basic functions, including power systems, damage control and radar and communication systems.

“The maiden trial may just involve turning a circle in Bohai bay, making sure every deck under the water does not suffer leaks,” the naval source, who requested anonymity, told the Post.

He said the navy was concerned it could suffer similar problems to the ones experienced by Britain’s £3.1 billion (US$4.3 billion) carrier the HMS Queen Elizabeth, where a faulty seal was blamed for leaks on a trial late last year.

“Unlike China’s first aircraft carrier, the Liaoning, which was refurbished from a Russian-made steel hull, the Type 001A was made using a special Chinese steel, which is a new cutting-edge shipbuilding technology that needs to be tested.

“Safety is till the top priority of the maiden trial. If no leaks are found, the carrier may sail further to make it a longer voyage, probably two or three days.” 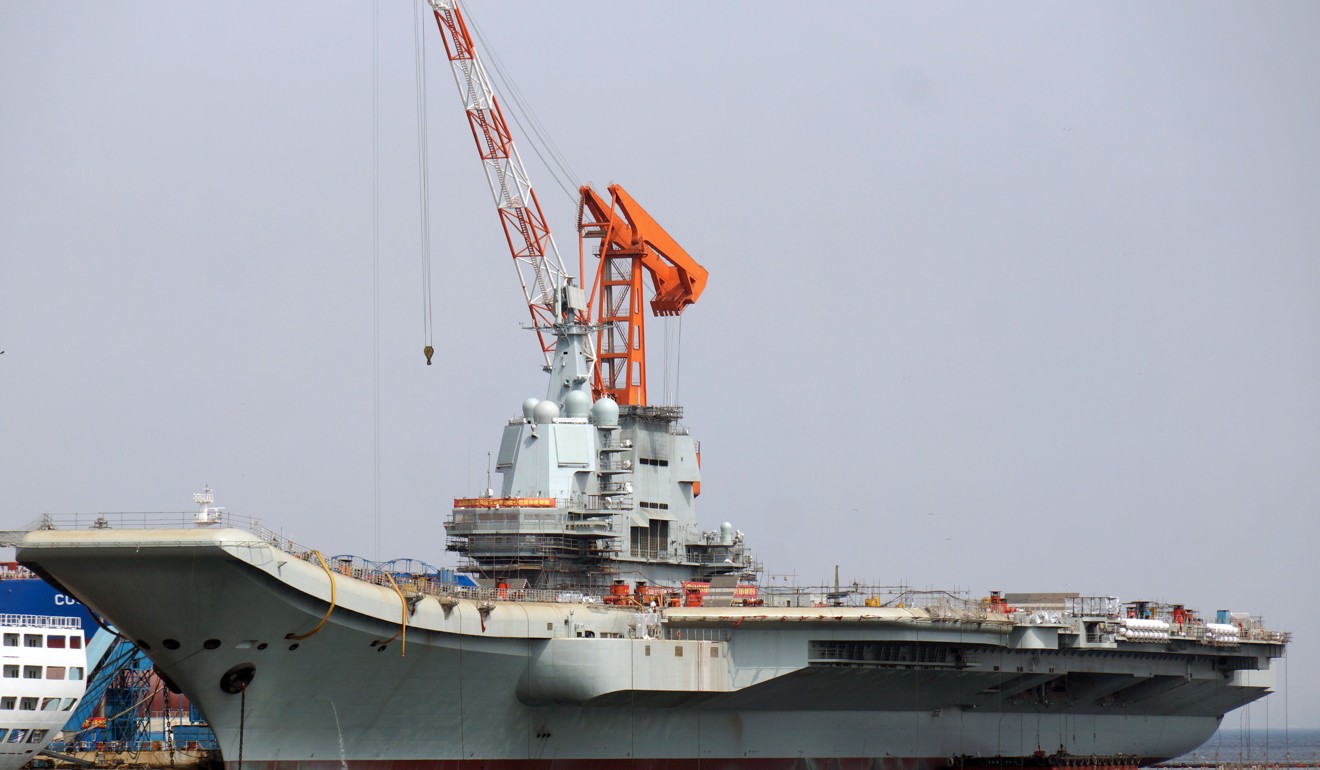 Beijing-based naval expert Li Jie told The Post: “The navy will carry out other trials in future. The ship will be handed over to the navy only when it meets all quality control requirements.

“Once the ship joins the navy, it will also take a long time to turn it into a real combat ship.”

Sources close to the navy told The Post last year that the new carrier might join the navy as early as the end of this year, or by 2019 – one year ahead of schedule.

Another source said it was still “too early to estimate” when the new carrier would be combat-ready because of a shortage of properly trained crew members and commanders.

“There is a long way to go for the Chinese navy to match its US counterpart, which has been used to operating around the clock on missions for decades.

“The PLA Navy is still studying how to develop a mature operation system for its carrier fighting group, including a functional combination of carrier-based aircraft, escort vessels and submarines and proper crew levels.

“In order to close the gap, there are two to three people working in a single role on the Liaoning – China’s sole aircraft carrier training platform.”

The source said the labour-intensive training was intended to ensure there was a working crew roster and command system for the country’s future aircraft carrier groups.

With 70,000 tonnes of full displacement, size of the Type 001A is similar to the Liaoning, which also has a ski-jump ramp and is powered by conventional propulsion system.

The means it would sail with an escort of frigates, destroyers and other vessels as part of a battle group that can survey and attack targets on land, sea and air.

Hu Wenming, general manager of the Type 001A project, told China’s state television last year that the ship was a result of Beijing’s push to integrate military and civilian development, with more than 5,000 people from across the country being hired to work on the carrier project.

In addition, 532 state-owned or private scientific research units and their academics took part in producing ancillary facilities, and more than 40 companies came from non-military sectors. (Click to Source)

CLICK HERE or the finest faith based personalized and compassionate addiction recovery program – right from the comfort of your home.
CLICK HERE for Healthy Reishi Mushroom Infused Coffee and an unbeatable coffee club. Super affordable!
This article appeared in the South China Morning Post print edition as: China-built Carrier set to make sea trial this month