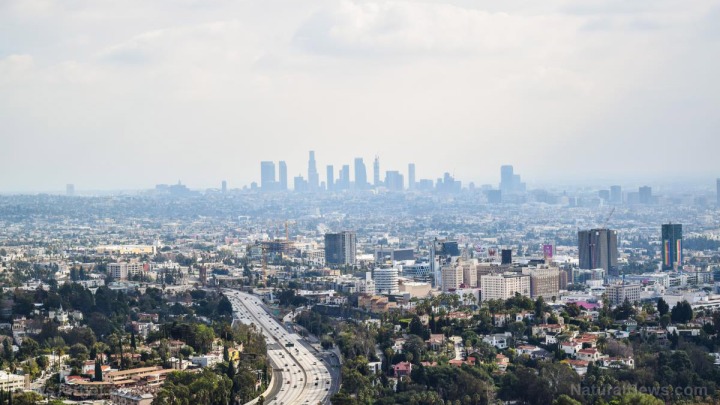 (Natural News) To hear the Democrats who run California tell it, there is no better place on earth.

Economically, the state’s gross domestic product makes it the sixth largest economy in the world.

It’s the most “progressive” state. The most tolerant. The most forward-thinking.

“We’ve made unprecedented progress in every area,” State Senate leader Kevin de León told a cheering crowd at the Democratic National Convention in 2016, as delegates prepared to nominate the ‘next president of the United States, Hillary Clinton.’

Oops. That didn’t work out so well (thankfully for the country).

But California, as the country’s shining example of what every state should be, was just blown up by a gigantic truth bomb and, ironically, it was a “mainstream” media outlet that did the destruction.

In a recent issue U.S. News & World Report, the magazine ranked California at the bottomin terms of “quality of life,” as reported by Breitbart News. Why? Mostly due to the state’s astronomical cost of living.

U.S. News ranks the 50 U.S. states each year on eight major social and economic categories to determine an overall competitive ranking. California received an overall score of 32 in 2018, based on sub-category rankings for a Health Care (11); Education (26); Economy (4); Opportunity (46); Infrastructure (38); Crime and Corrections (28); Fiscal Stability (43); and Quality of Life (50).

Mind you, U.S. News is no right-wing publication, so this truth bomb has to be particularly painful for the Alt-Left Marxists in charge there.

The magazine found the Golden State’s high cost of living to be its biggest drawback, even though it’s got a globally high GDP. While San Francisco and San Jose both ranked in the Top 20 cities to live in the U.S., both were also in the highest-ranked cities in terms of housing costs. Seems even Marxists can be capitalists too (hypocrite alert).

“California’s 2016 median household income of $67,739 was ranked ninth nationally,” reported Breitbart. “The 18 percent higher income average compared to the national average of $57,617 might seem attractive, but California also had four of North America’s top 10 high cost of living cities.” (Related: California secession movement about to get help — from a Utah conservative.)

Also, the average income figures can be misleading. They are no doubt being inflated by the fact that there is a bevy of Silicon Valley billionaires and millionaires who live in the state, followed by Hollywood celebrities, Orange County real estate developers, and mega-farming operations (the bulk of the nation’s food comes from 12 states led by California; the list also includes Iowa, Nebraska, Texas, Minnesota, Illinois, Kansas, Wisconsin, Indiana, North Carolina, Ohio & South Dakota).

Plus, there is a lot going on under the surface that California liberals don’t want you to know about. For instance, while California may have the highest GDP in the country and is ranked high globally, it also has the highest level of poverty, when you factor in U.S. Census cost-of-living data.

“If you look at the official poverty measure in California, we’re about average with the rest of the country,” Mayes said. “But if you use the supplemental poverty measure, we are in the lead. We have the highest poverty rate in the nation — higher than New Mexico, higher than any of the southern states, Louisiana, Alabama, higher than Idaho,” State Assembly Republican Leader Chad Mayes said in January 2017.

Homelessness there continues to expand — by 46 percent last year — because officials continue to create a political climate for it (like expending more and more resources to ‘move the homeless into homes’ — that is, taxpayer-paid-and-subsidized government housing, which will just draw more homeless people to L.A.).

There have been a number of efforts in California since the election of President Donald J. Trump to secede from the U.S. Given the state’s rising poverty, homelessness, and real estate inflation, that may not be a great idea.

J.D. Heyes is also editor-in-chief of The National Sentinel.

(good until 4/7/18)
CLICK HERE to stock up on the finest quality reusable bags and kitchen items at the most affordable prices. Your purchases help sponsor someone in recovery at Victory Retreat Montana Online.