THE TIME OF JACOB’S TROUBLE 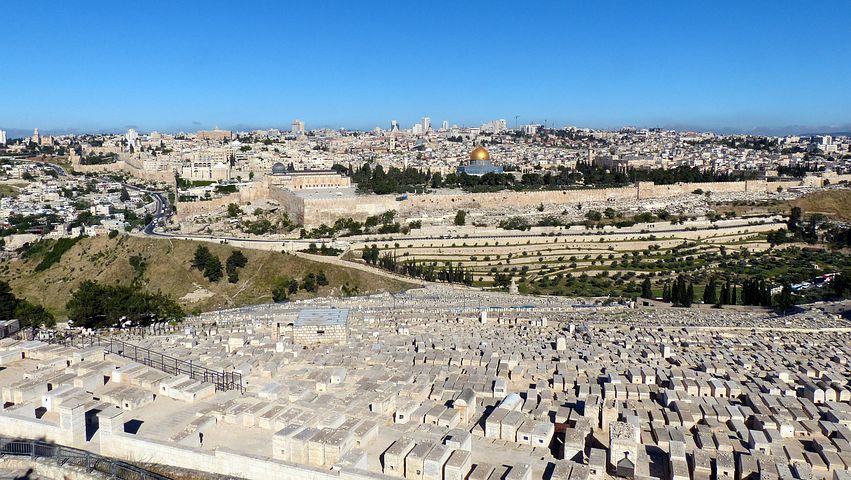 For nearly two thousand years we have been living in a parenthesis, a prophetic interval, a time “in between.” Daniel’s prophecy in the vision of the seventy weeks called for a period of 490 years when God would deal especially with Israel. When Christ offered Himself as the Prince of Israel, 483 years, or 69 weeks of years, had been fulfilled. When He was rejected and crucified the prophetic clock stopped, not to begin again until the Jews were back in their land and the parenthetical period had ended. During this prophetic interval, sometimes known as the Church Age, both Jews and Gentiles who are born again through faith in Christ become part of the body of Christ or the bride of Christ. The signal that the “in between” time has ended will be the removal of the church (the bride of Christ) from the earth. This great event is described in a number of Bible portions. One of the clearest is 1 Thessalonians 4:13 –18:

But I would not have you to be ignorant, brethren, concerning them which are asleep, that ye sorrow not, even as others which have no hope. For if we believe that Jesus died and rose again, even so them also which sleep in Jesus will God bring with him. For this we say unto you by the word of the Lord, that we which are alive and remain unto the coming of the Lord shall not prevent them which are asleep. For the Lord himself shall descend from heaven with a shout, with the voice of the archangel, and with the trump of God: and the dead in Christ shall rise first: Then we which are alive and remain shall be caught up together with them in the clouds, to meet the Lord in the air: and so shall we ever be with the Lord. Wherefore comfort one another with these words

The event then that ends the Church Age and ushers in the seventieth week of Daniel’s prophecy is the return of Christ for His church. This coming of Christ in the air is known as the Rapture of the church; it involves the resurrection of the Christian dead as well as the exit from earth of all believers living at that time.

With the removal of the church, earth plunges into its most awful hour. Of this time Jesus said, “For then shall be great tribulation, such as was not since the beginning of the world to this time, no, nor ever shall be” (Matthew 24:21). He was speaking of the seven-year period known as the Tribulation, or the Time of Jacob’s Trouble, so named because of Jeremiah’s prophecy: “Alas! for that day is great, so that none is like it: it is even the time of Jacob’s trouble…” (Jeremiah 30:7).

Some believe the church will remain on earth for the Tribulation. There are a number of reasons for rejecting this conclusion.

The return of Christ for His church is a sign less and always imminent event. Even the New Testament writers expected the Lord’s return at any moment: “For our conversation [citizenship] is in heaven; from whence also we look for the Saviour, the Lord Jesus Christ” (Philippians 3:20).

All signs of the Lord’s return have to do with the coming of Christ to set up His Kingdom. They are only indicators of the approaching Rapture because that event precedes the establishment of Christ’s kingdom by seven years. The moment the Tribulation begins, however, a timetable will be evident. Date-setting will be conclusive. During the Tribulation, Christ’s return will no longer be imminent. Therefore, the Rapture of the church must precede the Time of Jacob’s Trouble.

The Tribulation will be a time of wrath: “For the great day of his wrath is come; and who shall be able to stand?” (Revelation 6:17). And the church is not to be the recipient of wrath. In assuring the Thessalonian Christians that they would not go through the Tribulation, Paul explained: “For God hath not appointed us to wrath, but to obtain salvation by our Lord Jesus Christ” (1 Thessalonians. 5:9).

Wicked as it is, the world is not quite ready for the Tribulation and the Antichrist. The church is not all it ought to be, but the world is better because the church is here. Sin is rampant, but it would be far worse without the presence of the church and its hindering influence to evil: “For the mystery of iniquity doth already work: only he who now letteth will let [hinder], until he be taken out of the way. And then shall that Wicked be revealed…” (2 Thessalonians 2:7,8).

The Holy Spirit, working through Christians, holds back the tide of evil sweeping the world. When His influence in this manner is removed at the Rapture, the world will be ready for the Antichrist and the Tribulation.

The church has three heavenly appointments during the earthly Tribulation.

First, Christians cannot be on earth during the Tribulation because they have important business elsewhere. When the Lord returns for His church, it will be time for the judgment seat of Christ: “And behold, I come quickly; and my reward is with me, to give every man according as his work shall be” (Revelation 22:12).

Second, Christians who are living at the time of Christ’s return must have time in the mansions prepared by Jesus as described in John 14:1 — 3. The only time available for the fulfillment of this promise before the Millennium is during the Tribulation.

Third, the marriage supper of the Lamb will take place in heaven during the end of the Tribulation period, according to Revelation 19:9, and the bride of Christ must attend. Following this joyful occasion, those who belong to Christ will return with Him as He comes to set up His kingdom. Since believers must come from heaven to earth at the end of the Tribulation, it is clear that the Rapture must precede that time of trouble.

Finally, it must be remembered that the Tribulation is especially related to Israel. Once this truth is established, all confusion about the time of the Rapture disappears. The return of Christ for His church marks the end of the Church Age, the parenthetical period, and begins the Time of Jacob’s Trouble.

What is the Time of Jacob’s Trouble? Let Daniel describe it: “…there shall be a time of trouble, such as never was since there was a nation even to that same time…” (Daniel 12:1).

This unprecedented period of tribulation is not to be confused with daily tribulations which all of God’s people pass through. Jesus said: “…In the world ye shall have tribulation: but be of good cheer; I have overcome the world” (John 16:33).

These heartaches, problems, and tribulations are different from the Tribulation. This seven-year period is one of immense suffering for the entire world. It is an era of unthinkable trouble. Nothing in history can be compared to it, nor will there ever be anything equal to it in the future. Chapters 6, 8, 9, 15, and 16 of Revelation describe the Time of Jacob’s Trouble under the headings of seven seals, seven trumpets, and seven vials. Next week we will look at the panorama of human pain that will be experienced by the inhabitants of the earth during the Tribulation.