TONIGHT’S super blood blue moon will be accompanied by a massive rise in SATANIC RITUALS with Satanists promising human and animal sacrifice and bizarre acts of sexual promiscuity.

The end of January and beginning of February is already an important time in the calendar for Satanists – but tonight’s once-in-a-lifetime conjunction of a blue moon, blood moon and lunar eclipse has sent some Devil-worshippers into a frenzy.

Across Britain and the world Satanic covens are expected to convene ‘workings’ where Lucifer will be summoned. Some online forums are even suggesting human and animal sacrifice will play a part.

During a recent full moon Satanic ritual one of the famous Dartmoor ponies was found in a circle of fire with its tongue, eyes and genitals mutilated and belly slit from end to end. The mutilations had been conducted while the pony was alive. 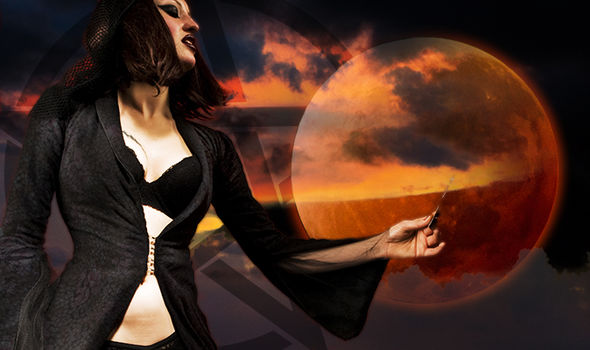 At the time Karla McKechnie, Dartmoor’s Livestock Protection Officer, said she feared devil worshippers were behind the slaughter and said: “We do get strange things happening from time to time, normally when it’s a full moon.

“I suspect its witches or devil worshippers.

“My main concern is how someone has been able to walk up to a foal and kill it in the middle of the night. I’m almost certain more than one person was involved.”

Jenny Thornton, of the South West Equine Protection, said Dartmoor ponies were easy targets for Satanists because they are used to being fed by humans.

She added: “I’ve seen plenty of dead animals but this was horrendous. The belly has been sliced open. It’s a boy and its genitals had been cut off.

“The tongue had been pulled out and his eyes are missing. There have always been rumours of animal sacrifices and sheep have been found dead in the past, often around the time of a full moon.” 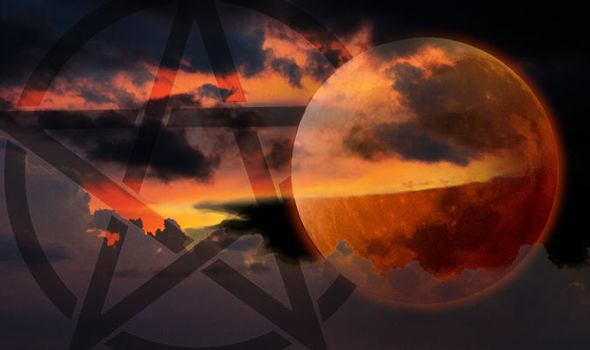 According to Satanist site The Open Scroll the days surrounding the current super blood blue moon include the following important dates in the Satanic calendar:

Jan 29 – St. Agnes Eve which is prime time for the casting of spells

Satanists were also openly celebrating the super moon and the possibilities for Satanic worship.

One leading online devil worship site said:  “There is more magical energy during a full moon and a new moon than there is at other time and this does benefit by increasing the energy force available.

“However, Satan nor Demons are bound to “full moon arrivals” and are free to manifest as they desire.

“When you call a demon, it does not matter what phase the moon is in at that time. If you are sincere in your intention and approach, you will get results; I have witnessed it countless times.

“The calling of the blessed guest from Hell should always be the first order of business when conducting a working.

“You need to establish the connection early so you can communicate your will and desires to your “guests”.

“As the energy is heightened, the being will connect with you and the ritual performed. When the events unfold, some new practitioners will become frightened; it is natural, after all what they are witnessing for the first time is in direct conflict with their physical world. Even the new initiates who are excited about experiencing these manifestations will be taken aback when the event actually takes place. No amount of mental preparation will be adequate.”

And in Guidelines for Satanic rituals another wrote:

“Ideally, the coven should meet during the cycle of the full moon [Esbat].

“The reason for this is that during the full Moon, astral energies are more favorable for success in workings.

“The Moon rules the female side of the soul, which provides the energy necessary to any working.

“The full Moon amplifies this. Regular monthly meetings should take place with a special rite said unto Lucifer.”

Satanism is an umbrella term for religious beliefs that consider Satan as an objectively existing supernatural being or force worthy of supplication, with whom individuals may contact and convene.

Most actual theistic Satanist religions exist in relatively new models and ideologies, many of which claim to be independent of the Abrahamic religions.

The term covers a huge and fractured group which includes those who chose to live out the clichéd and ritualistic version of devil worshipping to those who simply believe Satanism encourages freedom of thought. (Click to Source)