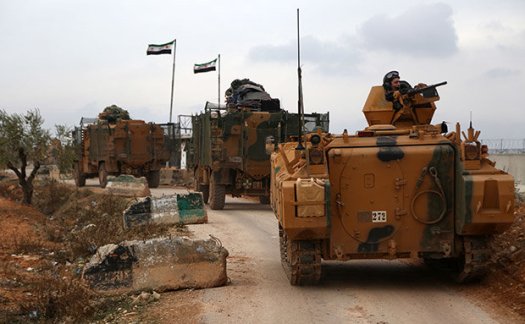 Turkish forces have invaded Kurdish-occupied territory in northern Syria in response to the increasing strength of Kurdish militias .  Erdogan is claiming that the U.S. is secretly supporting these groups and has given them weapons and 5,000 military trucks.  The Turkish President has issued a stern warning to the U.S. government:

Do not assault our frontiers, do not provoke us.

This man seems (and looks) filled with hate.  He hates the Kurds, the Jews, the Kemalists, and he even hates Christians.  Sometimes you can see the soul of a person through their eyes. 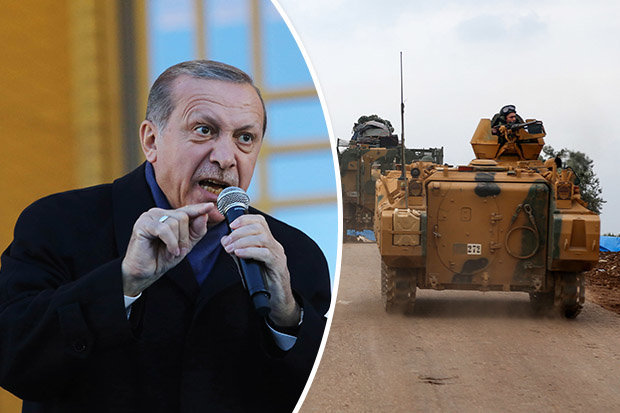 Compare the hate-filled man pictured above who continues to accumulate power and who openly proclaims a desire to revive the Ottoman Empire, with the man pictured below who had similar aspirations in Central Europe some eight decades earlier:

It should be noted that the news of Turkey’s invasion of Syria is happening on a day of many day-count “coincidences,” which to me is further evidence that our sovereign God is the One who is really in charge and He has everything perfectly timed as the end of the age nears its close.

In other news, tomorrow Palestinian Authority President Mahmoud Abbas will pressure the E.U. into officially recognizing a Palestinian state as a response to Trump’s Jerusalem decision and will suggest replacing the United States with the E.U. as the primary mediator in the “peace process.” 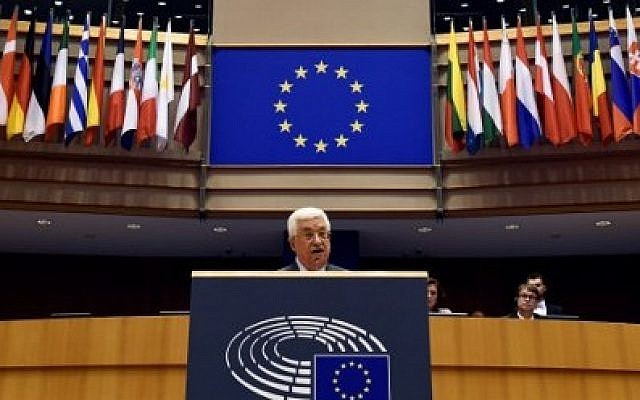 All this is happening as the Israeli people are beginning to show greater resolve in their quest for the Temple Mount as demonstrated by the open worship and prayers of 42 Orthodox Jews on the holy site just days ago. (Click to Source)