“And I will show wonders in the heavens and on the earth, blood and fire and columns of smoke.” Joel 2:30 (The Israel Bible™) 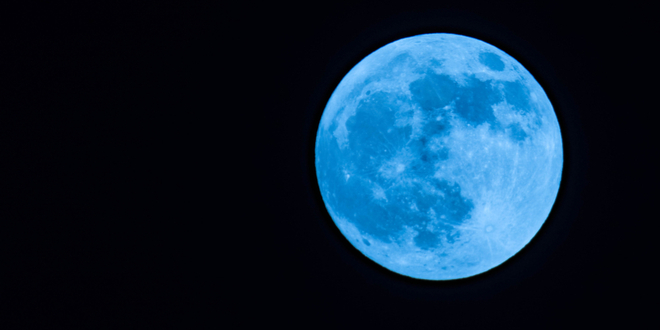 A series of three supermoons began on Sunday and will end with a super Blue Blood Moon on January 31, giving what one rabbi explained is a triple-dose of divine judgement to “the haters of Israel” as the secular New Year comes in.

A supermoon occurs when the moon is at the part of its elliptical orbit that brings it closer to Earth, appearing up to 14 percent bigger and 30 percent brighter than when it is viewed at its furthest point. On Sunday, December 2nd, a supermoon was visible over the United States, and two more supermoons are expected over the course of the beginning of the new year.

The upcoming supermoon on the night of January 1st will mark when the moon at its closest point this year and will be the largest of the three supermoons.

The final supermoon of the trio will arrive on January 31. It is also a ‘Blue Moon’, so called because it is the second full moon in a single calendar month. On average, Blue Moons happen every two and a half years. That supermoon will also feature a total lunar eclipse, with totality viewable during moonset from western North America across the Pacific to Eastern Asia.

The moon’s appearance will change during the eclipse, gradually getting darker and taking on a rusty or blood red color, making the astronomical spectacle a super Blue ‘Blood Moon.’

Hashem said, “Let there be lights in the expanse of the sky to separate day from night; they shall serve as signs for the set times—the days and the years.” Genesis 1:14

“People who cannot accept that God is behind nature are the haters of Israel, since our presence in the world bears witness to the fact there is a creator,” the rabbi explained. “God used nature to bring the plagues on to Egypt. But even when the plagues transcended anything that was ever witnessed before, Pharaoh refused to accept God as being behind them. We are seeing this today, with hurricanes and earthquakes occurring in unprecedented manners.”

The rabbi noted that even though lunar eclipses are regular, predicted events, they are a source of wonder and should be understood as signs.

The fact that complete eclipses, solar and lunar, occur with the sun and the moon blocking each other perfectly is indeed a wonder, and unique to the Earth. Astronomers refer to this as the ‘Grand Coincidence’: the fact that the sun is exactly 400 times larger than the moon but, since the moon is 400 times closer to the Earth than the sun, the two bodies appear to be the same size. This confluence does not appear on any other known planet.

This unique feature of the Earth is explained in the Talmud (Hulin 60b) as being an essential part of the creation story. The Talmud discusses the seeming contradiction in the verse describing the creation of the sun and the moon.

Though initially described in equal terms, the verse then noted the sun and the moon were not equal, with the sun being called the “greater light” and the moon the “lesser light”. The Talmud explains that when God created the sun and the moon they were equal in every manner, including size and intensity. The moon complained, saying, “Two kings cannot share one crown.” God agreed and made the moon shine less intensely, compensating the moon by commanding Israel to set the calendar by its cycles.

Gidon Ariel, co-founder of Root Source and co-author of “Israel First”, a book on Biblical prophecy and Blood Moons, emphasized that it is important to be precise when using these terms.

“In astronomical terms, a Blood Moon occurs when the moon takes on a reddish appearance, which occurs during most eclipses,” Ariel told Breaking Israel News. “

Ariel told Breaking Israel News. “In the context of Biblical prophecy, the term ‘Blood Moon’ refers to a one-and-a half-year cycle in which lunar eclipses occur four times: once on each Passover and Sukkot. This is incredibly rare.”

Ariel explained that the ‘Blue Moon’ is not a Jewish concept. Since the Hebrew calendar is based on the lunar cycle, with each month beginning on the new moon, no Hebrew month can contain two full moons.

“In Judaism, a Blue Moon never happens, not even once in a blue moon,” Ariel quipped. (Click to Source)