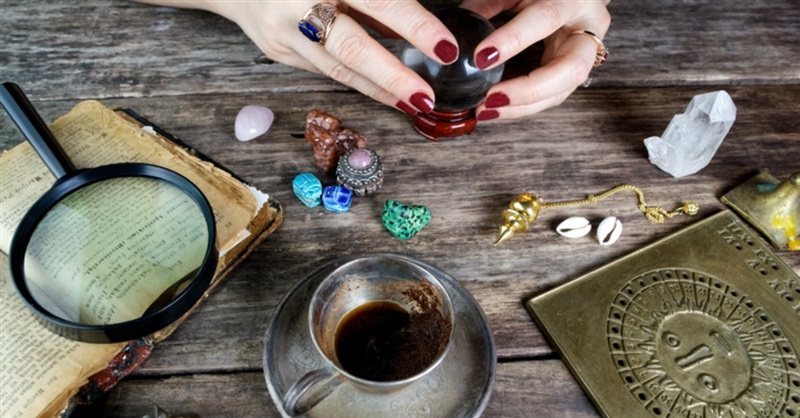 An increasingly heard description of 20 and 30 somethings these days is “spiritual, but not religious.” Ambivalence towards organized religion is near an all-time high. Barna reported in 2014 that over half of millennials hadn’t been to church in the last six months—many citing the irrelevance, hypocrisy, and moral failings of religious leaders. But by far the most common reason given was that they “find God elsewhere.”

What they mean by both “God” and “elsewhere” becomes a bit more clear when you consider the recent explosion of interest in astrology and the occult. Writing at MarketWatch, Kari Paul explains that young professionals and artists in Brooklyn are today less likely to ask, “Where do you live?” or “What do you do?” and more likely to ask, “What’s your star sign?”

The owner of one so-called “metaphysical boutique” in New York says business has never been better. Her occult accessories fly off shelves and into the apartments of educated, urban young people. For those who want to go even deeper, her establishment offers workshops like “Witchcraft 101,” “Astrology 101,” and “Spirit Séance.”

There’s even a phone app which lets you keep track of your horoscope, and—according to the app’s website—will predict when you’ll have a bad day and whether “you’re fated to fall in love with your crush(es).” The app was so instantaneously popular that its servers crashed the day it was launched. And no wonder. A study by the National Science Foundation found that a majority of American millennials believe astrology is a science, compared with just 8 percent of Chinese young adults.

So what do we make of this exodus from organized religion and into the arms of new expressions of old paganism? Well, for one thing, it shows young people have no idea what they’re actually buying into. As my colleague, Roberto Rivera, wrote at BreakPoint.org, witchcraft and occult spirituality has been marketed the last few decades as sanitized, consumer-friendly versions of the real thing. Sorcery and star signs may be in vogue now, but one need only look at the preserved bodies of human sacrifices from Iron-Age Europe to know what sort of world this worldview creates.

It was onto this scene that Christianity burst, bringing with it the rule of law, science, respect for individuals, and “nearly everything that is truly humane about the world we inhabit.”

Even more importantly, the modern groundswell of pagan piety shows how inadequate secularism is. Two Harvard Divinity grads recently topped the charts on iTunes with a new podcast that treats the text of J. K. Rowling’s “Harry Potter” novels as scripture. They explain that a secular worldview “doesn’t speak to people’s hearts and souls” the way mythical magic does.

The fact is young people aren’t being won by atheism in significant numbers. In fact, by some measures, militant unbelief is dying. Rather, they’re trying to fill that deep spiritual longing they have with a faith that offers self-affirmation and a belief in something beyond our physical world—a spirituality that places no moral demands on its adherents.

Ultimately, what they’re searching for is an alternative to God, who, as St. Augustine famously said, made us for Himself. But God does make such moral demands of us, demands that point us to human flourishing—and to Himself, and His love for us that is fully revealed in Jesus Christ.

Until the hearts of this generation find what they are really looking for, you can expect to see plenty more restlessness instead of peace. (Click to Source)