A magnitude 5.7 earthquake in the Pacific Ocean has hit Petrolia in California’s Humboldt County, according to the the US Geological Survey.

Following initial reports of two earthquakes, the USGS is now reporting just one occurred on Friday afternoon, a magnitude 5.7.

Previously it was reported that the first quake was quickly followed by a second one coming in at a magnitude of 5.6, closer to shore. Both quakes were very shallow, which amplified their effects, Reuters reported.

No tsunamis are currently expected, according to AccuWeather. 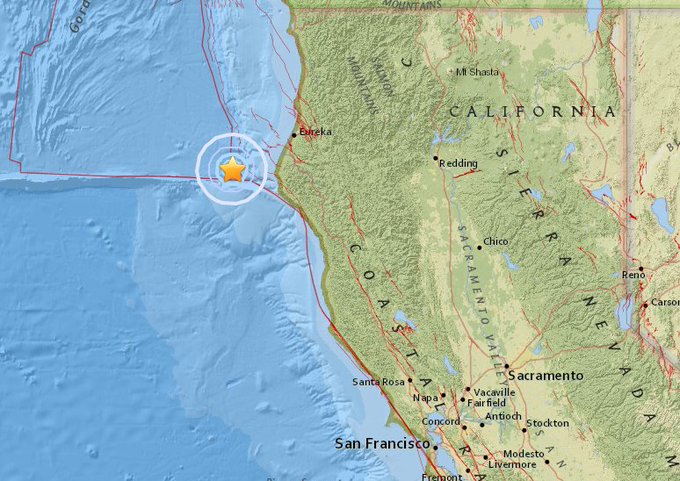 “It occurred on the Mendocino Fracture Zone,” Jack Boatwright, a seismologist with the USGS office said, according to the San Francisco Chronicle. “It’s an active area. We get a lot of earthquakes here.”

The Office of Emergency Services for Humboldt County said there are no initial reports of damage, or injuries from the quake.