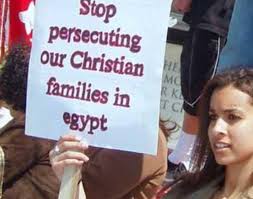 The uptick in often lethal persecution of Christians in Muslim regions has caused many Christian leaders to appeal for aid. Canon Andrew White, the prominent minister known as the “Vicar of Baghdad” told Fox News in March, “If there is anything I can tell Americans it is that your fellow brothers and sisters are suffering, they are desperate for help,” he said. “And it is not just a matter of praying for peace. They need a lot – food, resources, clothes, everything. They need everything.”

White also went as far as to say that Christianity in Iraq, where it has been since the times of the apostles, is finished.

“Thirty years ago, there were approximately 1.4 million Christians in Iraq. The number dwindled to around 1 million after the fall of Saddam Hussein in 2003, and a year ago it was estimated that there were less than 250,000 left. Numbers have continued to decline as families flee, and today even approximate figures are difficult to obtain.”

According to a Vatican Radio report, Nigerian Catholic Bishop Joseph Bagobiri responded to “the recent atrocities of Fulani [Muslim] Cattle herdsmen…, which resulted in the deaths of thousands of Christians and the destruction of property worth millions of Naira,” by calling on all Christian denominations to implement counter measures against the “systematic elimination of Christianity in the northern part of Nigeria.”

One source said that in one of these assaults, two of the victims “had their eyes plucked out.” A survivor of another said, “The sad thing is that these Fulanis have been attacking our communities, and no one is doing anything about it.”

Commenting on the “horrific attacks” on Coptic Christians in Egypt between December 2016 and March 2017 — during which 40 “innocent children, women and men had their lives brutally and tragically ended for no other reason except that they are Christians” — Coptic Bishop Anba Angaelos of the United Kingdom said the slaughter has “gone largely unnoticed by the international community.” He continued:

“In our fast moving world that is filled with so much news of tragedy, war and death, it is all too easy for atrocities to become ‘incidents,’ and for individuals suffering them to become mere statistics, very quickly pushed aside by the next item of news. In the eyes of the perpetrators they are a viable target, and in the eyes of the world they become a regrettable phenomenon; yet what is actually left behind is traumatized individuals, families and communities that have lost loved ones, living the reality of themselves being targeted.”

A report released in early 2017 by Open Doors — a non-denominational mission supporting persecuted Christians in over 60 countries — reveals:

Accounts of widespread Muslim persecution of Christians to surface in the month of March include, but are not limited to, the following: (Click to Site)