Women ‘who have chosen the wrong path’ punished

The Shariah Police are coming to the U.S.A. 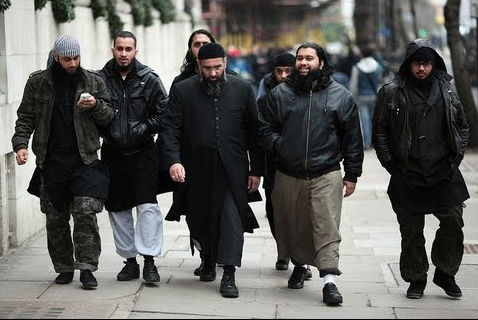 Saudi Arabia is known for its notorious religious police, the Mutaween, but now a German newspaper is reporting public enforcers of Islamic law are active in the heart of Europe.

Muslim immigrant women who have adopted a Western lifestyle are particular targets of gangs of Muslim men in certain parts of Germany who have emigrated in the past three years from the Muslim-majority Russian state of Chechnya, including Berlin, reports Der Taggespiegel.

A video of an armed man in a hood began circulating in the Chechen community in March.

“Here, in Europe, certain Chechen women and men who look like women do unspeakable things. You know it; I know it; everybody knows it,” he declared, according to the Latvia-based Russian language news aggregator Meduza.

He said Chechen women “who flirt with men of other ethnic groups and marry them, Chechen women who have chosen the wrong path and those [creatures] who call themselves Chechen men – given half a chance, we will set all of them straight.”

Meduza interviewed a woman who was targeted after the Shariah enforcers videoed her walking down the street with a non-Chechen man. When the gang showed up at her door, she hid, but the man was brutally beaten, losing almost all of his teeth.

“Why does my private life concern [them] at all?” the woman asked, according to Meduza. “I don’t know them. I don’t want to. I’m not their sister or daughter. My private life is no one else’s business.” (Click to Site)