“Arise go unto Ninveh that great city and make unto it the proclamation that I bid thee.” Jonah 3:2 (The Israel Bible™) 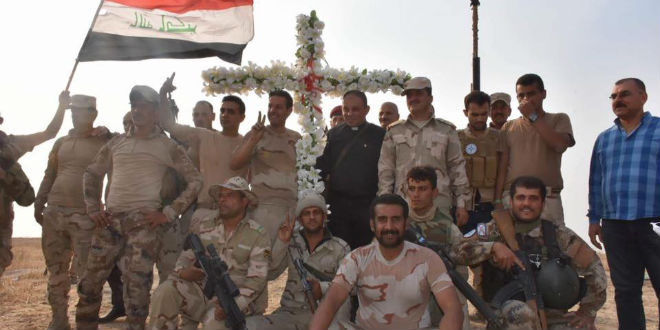 With Iraqi forces on the march to liberate Mosul from the grips of the Islamic State, Iraq’s beleaguered Assyrian Christians have renewed hopes of returning to their ancestral homeland in the Nineveh Plains region surrounding Mosul, the country’s second largest city.

Since the beginning of recorded history, the Assyrians, along with other ethno-religious minorities, have lived in northern Iraq’s Nineveh Plains. In 2014, they were conquered by the Islamic State and forced to flee or be killed.

Working alongside the Iraqi Army’s 9th Armored Division are the Nineveh Plains Protection Units(NPU), an ethnic Assyrian fighting force which is part of the effort to liberate their homeland during the Mosul offensive. So far, several villages and towns formerly under the Islamic State’s control have been liberated. (Click to Article)