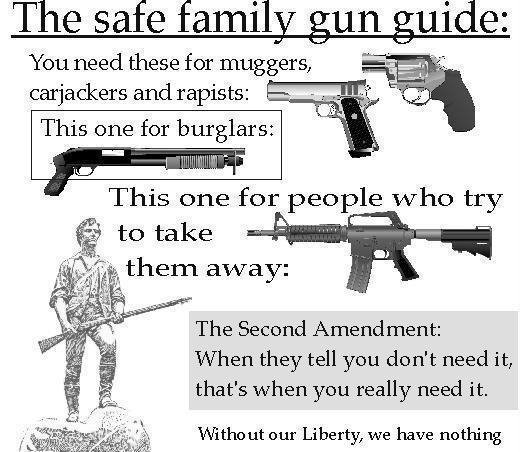 The march to tyranny has picked up fierce momentum in the state of New York, where the criminal Cuomo administration is now issuing subpoenas that demand psychiatrists turn over ALL their records to the state, reports AmmoLand.com.

This is just the first step for the New York government’s “HIPAA” committee, whose sole purpose is to “illegally obtain and access the private medical records of potentially millions of NY State Residents.”

Regardless of your views on firearms ownership, such actions are absolutely chilling. It puts the government in the position of violating doctor-patient confidentiality for the purpose of the state determining who suffers from “mental health” problems that the state uses to justify almost any action it wishes to take.

This is not a gun rights issue, this is a patient rights issue. If a state government can simply seize all records from all psychiatrists, then it can also use that information to decide whose children to have taken away by CPS… or who to deny the right to vote by having them labeled “mentally incompetent.”

The ultimate hypocrisy in all this is that no one is more clinically insane than Cuomo himself, an outright criminal who runs an illegal, unconstitutional, anti-human rights administration engaged in countless crimes against the citizens of New York. (At some point, the rest of the nation needs to take some sort of action to free New Yorkers from the Cuomo tyrant who rules over them like Kim Jong-Un.)

Your conversations with psychiatrists, psychologists and therapists are now monitored by the state

An Orwellian government respects no limits to its power. That’s the posture of New York, Connecticut, California and of course the federal government as well. In the name of “safety” and “security,” these criminal governments believe they have the right to confiscate all your private records from psychiatrists, psychologists, therapists and even doctors.

What this means is that everything you tell a psychiatrist will be seen by the government. All it takes is one off-handed comment like, “I was really depressed over the weekend, I almost felt like I would just be better off dead,” to earn a knock on your door and have all your constitutional rights stripped away by the government’s tyrannical new “mental health” initiatives.

The “mental health” cover story can be used to vilify almost anyone. Who hasn’t felt, at one time or another, depressed enough to consider ending it all? Who hasn’t experienced extreme anger toward a boss, a coworker or a family member? The whole point of protecting the confidentiality of therapy sessions is so that patients can feel comfortable sharing intimate details — even scary details from deep in the human psyche — that are necessary to find a way to heal and move forward.

That the Cuomo administration feels it has the right to violate the sanctity of doctor-patient confidentiality in its overzealous agenda to disarm law-abiding citizens is yet another sign that this government is being run by criminals who need to be held accountable for their actions.

Yet another reason to oppose gun registration and universal background checks

We should thank Cuomo, however, for giving us all yet another compelling reason to oppose universal background checks (i.e. gun “registration”) laws. Thanks to him, it’s now clear that the government will use gun registration lists to stalk citizens through their medical records.

Every “list” kept by government will be criminally abused by government. In the aftermath of the Sandy Hook shooting, the Cuomo administration believes it has the right to do absolutely anything it wants, without limitation, and without respecting the rule of law or the rights and freedoms of New York citizens.

We have reached a crescendo of runaway criminal government in America, where all acts of tyranny are now justified by absurd claims of “saving the children.”

We the People of the United States, in Order to form a more perfect Union,
establish Justice, insure domestic Tranquility, provide for the common
defence, promote the general Welfare, and secure the Blessings of Liberty to
ourselves and our Posterity, do ordain and establish this Constitution for the
United States of America… unless the government claims to be “saving the children” in which case all the following text is null and void.

Teshuvah Road is the Road on which Addiction ENDS!

2 thoughts on “And so it begins: New York government confiscates ‘private’ records of psychiatrists in chilling Orwellian mental health sweep”