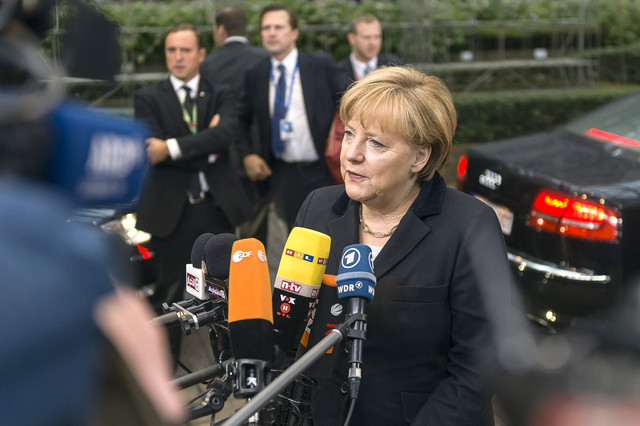 European Union leaders failed to agree on the 27 nation bloc’s next seven-year budget, replaying the clash between rich and poor countries that has stymied the response to the euro debt crisis.

National chiefs plan another summit early next year, when northern countries including Britain and Germany may have the upper hand in seeking to cut subsidies to lesser-developed southern and eastern economies clamoring for EU investment.

“Anything short of admitting that our talks have been extraordinarily complex and difficult would not reflect reality,”Jose Barroso, head of the European Commission, which manages the subsidy programs, told reporters after a two-day meeting in Brussels.

Britain’s defense of its cash-back guarantee and France’s clinging to farm aid gave the summit the flavor of EU negotiations in the 1970s or 1980s, diluting efforts to equipEurope with a budget to make it more competitive. Eastern and southern countries said reduced financing for public-works projects would condemn them to lag behind the wealthier north.

In the EU’s last budget round, it took two summits, in June and December 2005, to strike a bargain. No date was set for the next negotiations. In the absence of an accord by late 2013, the EU would roll over its annual budget.

At stake is a spending plan for the years 2014-2020 that would total about 1 percent of EU-wide gross domestic product. While that sum is paltry compared to the average 50 percent of GDP that each country spends inside its borders, the political resonance is far larger.

Wealthier countries such as Germany, the U.K., Denmark,Sweden and the Netherlands banded together to cut what they pay to the collective pool, pounding away at the original proposal of 1.033 trillion euros ($1.3 trillion) that came out in mid-2011.

Germany has led a bloc demanding austerity in Greece and three other bailed-out euro countries in exchange for rescue aid.

By the time the leaders convened yesterday, the figure on the table was 973 billion euros. It was soon trimmed to 971 billion euros, still too much for financially stronger countries that pressed for another 30 billion euros in cuts.

“For the upcoming weeks and months, my feeling is that we can go further, but it takes some preparatory work and it has to be balanced,” EU President Herman Van Rompuy, said.

The alliance of spending cutters unraveled, when it came to the financing side of the budget. While U.K. Prime Minister David Cameron defended a rebate won by Margaret Thatcher in 1984, Germany, the Netherlands and Sweden sought better terms for their own refunds and Denmark made a bid to join the money- back club.

French President Francois Hollande, for example, paired his farm-aid advocacy with calls for savings elsewhere, since France is among the 11 countries that pay more into the EU budget than they get out. As a result, agriculture was the relative winner as the leaders strengthened some budget lines and pared others.

Taking aim at Cameron’s rebate, Hollande said: “France pays more than Britain; I could ask him for a check.”

For Britain, the summit was about more than euros and cents, testing Britain’s EU influence at a time of mounting pressure for a national referendum on whether to stay in the bloc.

Demanding spending cuts at home, Cameron made a special target of the 50,000 civil servants at EU institutions ranging from the commission and European Parliament, to the Court of Justice and agencies that regulate sectors from fishing to medicines.

“More than 200 Brussels staff earn more than I do,” Cameron said. “Brussels continues to exist as if it’s in a parallel universe.”

Led by Poland, defenders of EU financing pointed out that spending at the European level goes further than money that stays within national borders, since EU subsidies back international projects like pipelines, bridges and airports.

European Parliament President Martin Schulz countered the wealthier countries’ insistence on paying less with the contention that it is cheaper for them to promote European projects, since contracts in Latvia or Slovenia go to companies in places like Germany and Sweden.

“Every euro invested by the EU attracts an average of between 2 and 4 euros in additional investment,” Schulz said. “The EU budget is not a zero-sum game in which one country wins what another loses. Synergies are generated which benefit the net contributors as well.”